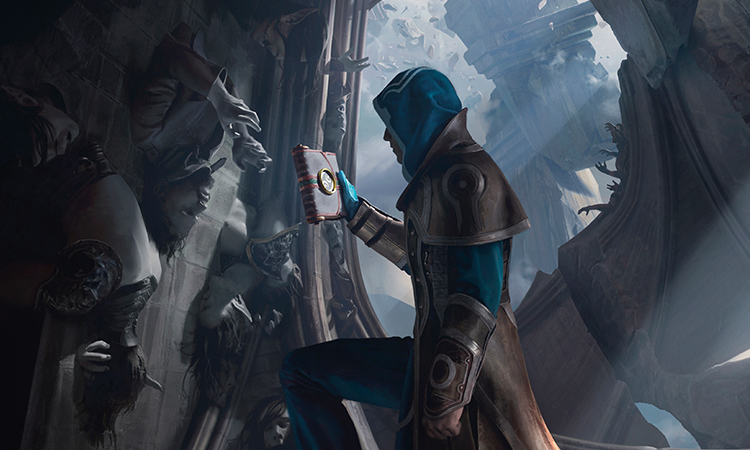 The unbannings were Monday and lots of people have churned through lots of cards as a result. Liliana of the Veil has shot up, but Dreadbore/Hero’s Downfall haven’t yet. I like Dreadbore a lot, and it’s in the process of climbing pretty hard.

There’s something else that I’ve been noticing, though, and that some people have been mentioning briefly. We keep getting distracted by new spoilers or art or unbannings, but here’s the reality:

Core Sets are back, releasing Magic 2019 in July of this year. It’s been quite a while, all the way back to Magic Origins in 2015. Three years doesn’t seem like that long a time, but think about all the changes and especially all the reprints we’ve been through with the growth of assorted Masters sets.

It’s entirely possible that the Core Set is one of the main relief valves in Standard, but what we can’t overlook is the possibility that lots of our favorite casual cards or Modern staples might get reprinted.

Let me show you some examples.

Goblin Piledriver, with one printing in Onslaught, was $15 when he got reprinted in Magic Origins. It’s got the same art, but a new frame, so you’re free to have a preference. Briefly, he hit $30 on pure speculation that people would build Goblins in Standard but that never materialized and the price never recovered. Now you can get the original for $4 and the Origins version for $2.

How about Urborg, Tomb of Yawgmoth?

This card went from $40 to $10, and while it bounced back to $30 during Eldrazi Winter (allowing Eye of Ugin to tap for mana) it’s back to $20. That’s a lot of value eliminated and from a card that wasn’t seeing a lot of Modern play.

From the same Core Set, let’s look at Chord of Calling:

Even with Chord being a card used in an infinite combo strategy in Modern, even with the number of Commander decks running it, the card can’t even get to half of where it was.

This is going to happen a lot more, and there’s little we can do about it. Wizards is unlikely to print something in Standard as strong as Thoughtseize again, but there’s an awful lot of cards percolating in the $10-30 range that would give punch to a Core Set, an excitement, and then lead to some very low prices.

Foils aren’t safe either, so don’t go kidding yourself about that. It’s some protection if you’ve got old-border (or Future Sight) foils, as those tend to bounce back easily, but every reprinting hits hard.

So what are we to do?

As they have said, they aren’t going to do the most powerful Modern cards. Thoughtseize warped Standard for two years. Fetches did much the same, and I highly doubt we’d get those in the Core Set. I also don’t think we’re going to get the filter lands, as those do’t carry enough drawback. Wizards is trying to play it safe on fixing.

What we will get are fringe-like cards, casual gold, cards that are high in value because they haven’t been printed in a long time. Here’s a few examples.

Patriarch’s Bidding ($17/$40 foil): A whole lot of people have written a whole lot of words about how badly this needs a reprint, and here we are, with no extra copies, ever, in the last 16 years. The only thing from keeping this being a lot more expensive is that only tribes with black can take advantage. Yes, it’s crying out for a reprint, and when it comes the damage will be severe. If you’ve got extras, move them out for just about anything else.

Rest in Peace ($7/$24): This has all sorts of pressure on the price, but the key thing here is that the card is five years old with no reprints at all yet, for perhaps the best graveyard hoser ever. If you want to make the case about Leyline of the Void, I’ll listen, but I think this is better. It’s something you ought to be playing more in Commander, and it’s gaining popularity over time as sideboard card in Modern and Legacy:

Graphs do no just go up up up and never stop. This is the perfect sort of card to put in at rare in a Core Set and while it’ll bum Limited players out, the formats need cards like this to keep all the other silliness in check.

First of all, this just got a reprint in Modern Masters 2017 last year, and observe what happened to the price!

That’s a big hit but it’s also a mythic from a $10/pack set. Now that this is a $13 card, it’s prime bait to be a mythic that becomes a sub-$5 card when put into a Core Set, and sadly, Wizards needs cheap mythics as well as pricey ones. I understand that the card is busted, but it’s also 8 mana, and if you wanted to tell me it’s fairer than Bonfire of the Damned in Limited…no.

Craterhoof is the type of card that I don’t ever want to be deep on. It’s got too much appeal and it’s been reprinted once, indicating that Wizards will get to it again eventually. It’s great trade bait, you’ll never keep a single copy in your binder for long, but do not get caught with a stack of these when the reprint hits.