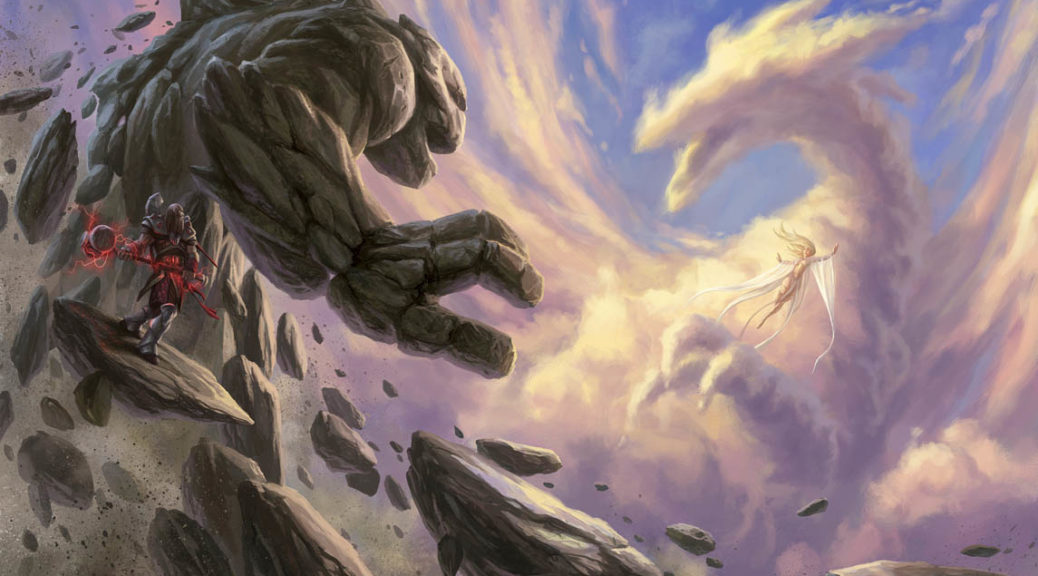 I’d love to use this past weekend’s results to dive into what a Jace-laden Modern looks like but alas, we’ll have to wait one more week. Wizards made the (wise) decision not to apply the B&R changes to the format a week before both a GP and SCG Open. It’s easy to be annoyed about that on our end, as an audience clamoring to see how this plays out, but when you consider how many people had already spent weeks preparing for those events, it wouldn’t have been terribly polite to upend the entire format five days before they showed up on site. It’s fine; it’s just one more week.

There was a Modern Challenge that fired this weekend with the new list in place, so I ran through that, along with what I’ve been seeing on Twitter and in various articles. Jace was clearly a strong, but not overpowering card in the Challenge, although that comes with a big asterisk. For one, Jace is currently the most expensive card on MODO. One wonders how many people would have liked to use him but were simply priced out. Additionally, looking at the other decks that did well, it’s not exactly heartening. Burn, Tron, and Dredge were many of the non-Jace lists. How’s that for a gauntlet?

If there’s one card that I’ve seen more of since the announcement than Jace itself, it’s probably Ancestral Vision. It would seem people really feel this card is going to do a lot of work alongside Jace.

I’d imagine you start with “they’re both good blue cards, so play them together.” AV helps you find your Jace (although probably a turn late). Jace shuffles AVs away in the late game when they’re dead draws. And add in that As Foretold looks to be having a moment with Jace, and the synergy really starts to pull together. You’ll see this primarily over in Taking Turns, which is one of the first decks that gleefully added Jace. You’ll also spot a Temur list over in the Modern Challenge that ran Jace, AV, and the completely overshadowed Bloodbraid Elf. Using Jace’s +0 to put an AV back on top of your deck and then casting BBE has got to leave you longing for a cigarette.

Don’t forget about that, by the way. This is the first time BBE and AV have been legal in Modern together. Shardless Sultai has been a pillar of Legacy for years at this point, and that deck hinges on the AV/Shardless Agent/Brainstorm interaction. Modern’s version is a tad clunkier, with AV/BBE/Jace, but even still, it’s a powerful engine. We may see the Jace/AV pairing take the back seat to the BBE/AV pairing.

AV was in Time Spiral, two minorly important Duel Deck printings, and most recently, Iconic Masters. Now don’t get me wrong, IMA is a mess. Boxes are available at like, 50% of MSRP or some nonsense. So long as AV is one of the only cards to do well from the set though, there still won’t be enough EV to make it worth cracking the boxes, which means AV can climb without the market getting flooded.

Copies are just about $20 right now. Between how eager people are to play Ancestral Vision with Jace, and the absurd synergy with Bloodbraif Elf, things are looking up for Vision. I’d keep an eye on this to hit $40 sometime this year.

Let me get this out of the way now: a reprint scares me here. It’s the number one threat to this as a potential spec target. Masters 25 is the next opportunity to see Raging Ravine, alongside the rest of the Worldwake cycle. If we dodge A25, then Ravine is worth considering.

Jace aside, Bloodbraid’s return is a fairly big deal. She was one of the best creatures in Modern before she was banned, and did a lot to shore up Jund. Now that she’s back we’ll certainly see a rise in that strategy, and possibly others as well. The other place I’d expect to see BBE that we didn’t as much prior is Temur. Remember, last time BBE was around AV wasn’t legal. Now that it is, you’ve got compelling reasons to be both Jund and Temur. And maybe Naya too but that doesn’t have Liliana of AV so really why bother.

You can score copies around $12 right now. Without a reprint, prices are definitely going to climb towards $20. There’s going to be a lot more demand for Ravine than there has been the last few years.

Bloodbraid loves to cascade into three mana spells. Getting seven mana’s worth for your four mana payment feels like cheating. Popular targets include Liliana of the Veil and I imagine newcomer Kolaghan’s Command. Another popular choice from back in the day that may be even better now is Fulminator Mage.

Cascading into land destruction is a time honored tradition in Modern. Stone Rain, Molten Rain, Boom//Bust, take your pick. It’s always felt good. Fulminator ended up taking the lead as the most popular iteration of land destruction, and he’s possibly better positioned today than the last time BBE was legal.

For one, Tron is a major part of Modern these days. The deck has always been around for a long while, of course, but I don’t think it’s unfair to say that Tron is better today than basically any other time in Modern. Fulminator Mage lets you slow them down considerably, when powered out on turn two by a Hierarch or something similar. T2 Fulminator into T3 BBE into Fulminator is going to smash Tron’s ability to string together enough lands, but it applies some real pressure too.

Of course, this line isn’t good against only Tron. With Jace in the format as well, four mana is going to be more important now than it’s ever been. Keeping opponents off of four with Fulminator will either let you land your Jace first, or give you a window to kill them before they resolve it at all. You also get to nail Inkmoth Nexus’ out of Infect and Affinity, plus whatever other utility lands are floating around on any given day.

Fulminator Mage was a strong target for BBE years ago, and now that she’s back, the format looks even better for the one-two punch. Supply isn’t low or anything, but keep an eye on these. With only a Shadowmoor and MM2 printing, there’s not a lot of copies to come rushing into the market if prices begin to head north.