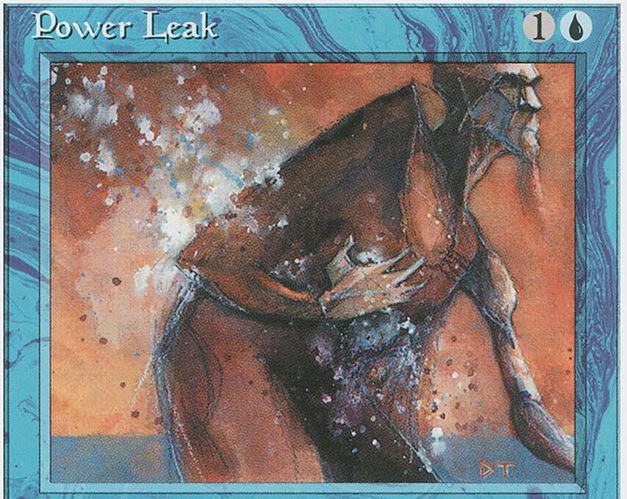 Every so often, Wizards of the Coast has something happen and some or all of an upcoming set gets leaked/spoiled/revealed.

Sometimes these are technical glitches, like the Dominaria leaks from yesterday. One Chinese website accidentally put up the release FAQ, then the world had it, and Wizards decided to make the document official.

Sometimes this is pure humans being greedy, as has happened where a worker at the printing plant removed a sheet of mythics and rares, then posted pictures.

Sometimes this is a combination of both, as when the MTGO Beta team got all of Judgment a few weeks early.

Spoilers will be discussed after you’ve logged in and scrolled down. I’m going to trust that you know what to do about reprints, and instead I want to look at one mechanic and see what we can see.

Also, because I don’t want the leaks to rain on my parade, there’s a couple of Masters 25 prices that we REALLY need to talk about.

My favorite story about leaks involves the Godbook from New Phyrexia. Guillaume Matignon, a writer for an honest-to-God paper French magazine about Magic (called Lotus Noir, and is only coming out a few times a year) had a PDF file with the complete visual spoiler of New Phyrexia a month before the set went into previews. It’s called a Godbook, and in an era (2011) when magazines needed that much lead time, it made sense.

It’s bad enough that a pro-level player had early info, but he shared it with a couple of other high-level players for testing purposes, and one of them inexplicably went into an open IRC room and bragged about it. I’ll let Caleb Durward tell the tale, but you should read it just for the pure idiocy.

We’ve had cards from the next expansion show up in the current prerelease, but with the rapid-fire pace of sets coming out, one leak inevitably will overshadow the newest set.

It’s a real pain, because we ought to be focused on Masters 25, but here we are, figuring out how to take counters off so that our Saga enchantments can keep doing good things.

The Saga cards tick up a couple of times and then get sacrificed. You put a lore counter on, then it has an effect, and at the third counter, you get a bigger effect and are forced to bin the enchantment.

We will likely not be able to break this effect in Standard, but in Commander, all things are possible. I used to play around a lot with Decree of Silence, a card that also cared about counters, and there’s a few cards that can favorably interact here.

Power Conduit (50 cents nonfoil/$2.50 foil) – I think this is the easiest card to use with the Saga enchantments, because it’s colorless and an artifact. If your playgroup allows for Giant Fan, By Gnome Means, or Hungry Hungry Heifer, great, but if you want to keep the Saga at one level turn after turn, this is your winner.

Chisei, Heart of Oceans (30 cents/$1.00 foil) – This will also get the job done for no cost, but as a creature, and a colored one, it’s going to be more difficult to utilize.

Hex Parasite ($1/$4) – This is the only way to get ahead on the counters. You can reset the Saga to zero if you wished, and do so for more than one enchantment. The downside is, you have to be able to play black cards. That’s restrictive, on top of this being easy to kill in so many ways. Ferropede needing to attack makes it pretty weak too.

As for Masters 25, and the events going on, starting next week, I have to side with the many folks who are leery of this at $10 a pack. There are reports that stores did not get their full amount, so Wizards either can’t meet the demand of hungry fans or they are artificially trying to create scarcity. I’m not sure which is worse, frankly.

Boxes are still selling in the $170 range on eBay, and that’s dangerously close to what your LGS is paying (likely in the $120 range) and to be honest, the boxes look like a Jace hunt to me. It’ll bum me out if it’s a fun limited set, because I don’t want to pay $35 to draft a set that doesn’t have a lot of payback.

There’s a couple of cards I want to discuss, on top of Blood Moon as I mentioned last week.

Thalia, Guardian of Thraben ($13 now, $17 original/$40 pack foil) – She’s likely to take a hit, and a significant one. Her price is a great confluence of strong demand and low supply, and the jump to $17 was from being a four-of in the Humans decks running rampant in Modern lately. While the new version will go under $10, it won’t go lower than $8. I’ll be watching to see how much product gets opened, because I think a buy-in at something like $25/playset on eBay is a great entry. She will rebound in time, count on it.

Eidolon of the Great Revel ($5, $10/$30) – Just ouch. This is going to be brutal if you still have excess copies around. Journey into Nyx wasn’t opened much at all, relatively speaking, and even though this is a four-of in both Modern and Legacy Burn, that’s the only place you find demand. The price of Eidolon was a financial barrier to burn, depending on if you wanted to play shocks/fetches/duals. This will help that deck stay a budget option.

Ensnaring Bridge ($34, other printings from $40 to $130) – The Invention printing means that this card will have a price ceiling, but this is a four-of in more than Lantern Control.

It’s also a mythic in this set, so we are going to see a small drop, and then prices will start to climb back up. This version will be $50 by Christmas, so if you want your copies, get them now.