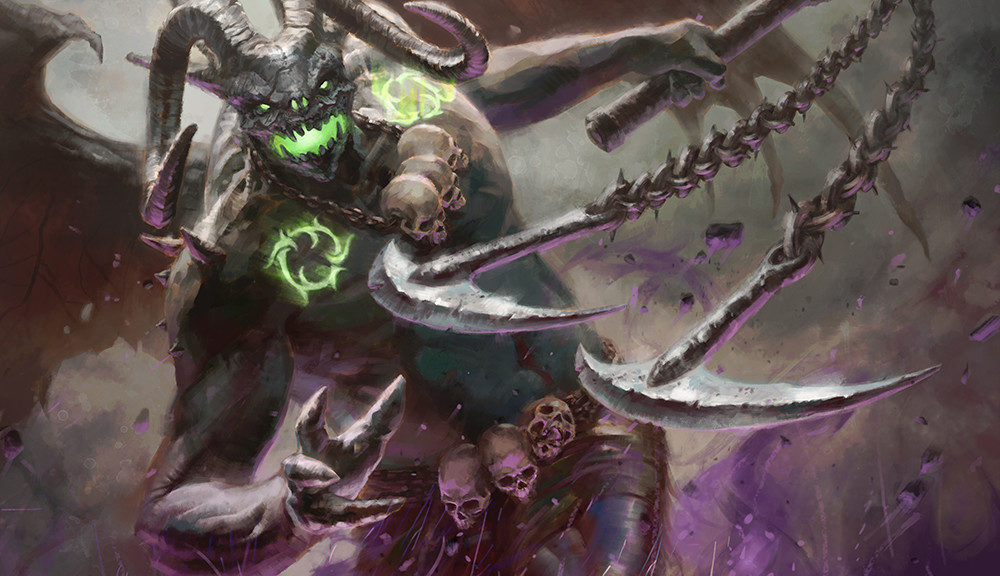 Oh happy day, we have the new multiplayer set in hand and early reports are that the set is super fun to play with and to draft.

I haven’t done either of those things yet, but I’m planning to at GP Vegas! That’s going to be a very good time, and it’s also where I’ll get to see a lot of vendors who are furiously opening product, and selling to those Commander players and Cubers who have to have the newest thing right now!

And good grief, there are a few cards that are begging to get played. Time to take a look at where they are now, and where I’d want to start buying.

Oh yeah, this is currently the most expensive card. Got to love $4 packs! Let’s take a look at where the original has been, price-wise.

And just in case you think it’s a fluke, here’s the Modern Masters (2013) edition:

There’s 13k decks running this, and there’s an awesome overlap for ONLY this card at the intersections of tokens, power/toughness counters, and planeswalkers.

This is a card that will bounce back. Not only will people finally be able to put one into a deck at a reasonable price, but lots of people who open one are going to jam it into a deck (rightfully so) and lot let it enter circulation. It’s a mythic, too, so there won’t be that much supply. We’re about to start M19 preview season, and I don’t think Battlebond is going to be opened all that much.

So put all that together, and I think this falls a little farther, but not much farther. My guess is $30 is where it levels off, and that’s a point you want to get in at, either for your personal copies or to go up long-term.I think that in a year, it’ll be back to $50-$60, as this is one of the filthiest of casual cards. Too many decks want this for it to stay low.

This is going to fall too. It’s also a mythic, but there’s a smaller set of people who will run this card. It’s a very good card, enables all sorts of stuff, but it doesn’t scream ‘BREAK ME’ the way Doubling Season does. Playing it turn 1 might get you killed in Commander, if only because it’s constant shuffling of your deck.

As a spec, though, it’s hard to beat. It’s in 10,000 decks on EDHREC and I thought that would be lower. The greedy-smile art of the original and the reprints aren’t as pretty as this is, so I’m going to be hoping to get in under $10, with it climbing back to $30 within a year or two. It might fall even further than that, as this hasn’t been printed since it was a Judge Promo in 2010. That’s a long time for copies to dry up, so there might not be too much demand left to fill.

First of all, I loathe this card and I want to see the price tank hard. This is seeing some Legacy play, and that’s why it’s been a $30 card. It was in exactly one Commander 2013 deck, so the supply was never huge (caused a whole set of Nekusar cards to spike!) and the demand has mostly been met.

The problem is that in Commander, the only other place that can play it aside from Vintage and Cube, this card kind of sucks. It dies to all the mass removal and there’s two other players who can be talked into dealing with the card.

This is going to drop under $10. The demand isn’t there, and even as a mythic, I’d expect this to have a pretty slow growth curve, at least until Legacy Merfolk wins the PT. (That’s a joke. Don’t buy this unless you’re willing to wait a super-long time)

Another card that asks the question, “What does a card have to do to get banned in Commander?” this is one of my least favorite creatures of all time.

My personal feelings aside, this is the easiest money you’re going to make. It’ll fall farther in the next couple of weeks, but that’s okay. It’ll level out at $7, maybe even $5, and that’s when you dive in. You’re going to buy these cheap, and then have them for trade when they are back to $15 in six months and $25 in eighteen months.

There’s been three printings, all full sets, none since Tenth Edition in 2007. This is another card that all the new players aren’t going to want to trade because it’s so damn awesome! It goes into any green deck ever, nearly 12k decks on EDHREC. Get the ones you want, get a few extras, thank me later.

Any new mythic at $1 or less

That’s right, this is blanket advice. Some of these cards look bad. Archfiend of Despair is eight mana. Arcane Artisan is slow as all hell. Brightling, even at three mana, doesn’t have a lot of immediate impact on a game.

Doesn’t matter at all. This is pure speculation on cards that are not going to be printed for long, quickly overshadowed, and when something happens and they hit, you’ll be there to sell into the hype!