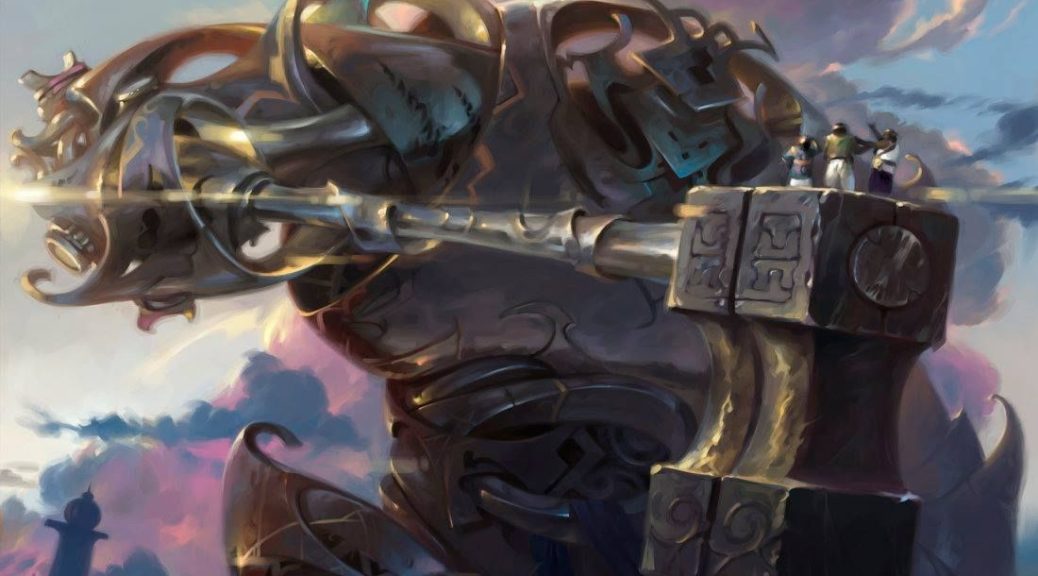 Hello everyone! We are likely two weeks away from previews for Guilds of Ravnica, and while I enjoy the experience of ‘will they really do a Ravnica sans shocklands?’ threads, that’s not the main thing on my mind.

Today, I’m thinking about the things that are about to rotate out of Standard, and I’m looking for the cards which have appeal in Modern, Legacy, Commander or Cube.

There’s no shortage of these cards, and that bodes quite well for opportunities. Some cards are already pretty high, due to extensive use (Fatal Push, for example) and while there might be some money made there it’ll either be too slow or too small.

Let’s talk about some cards!

The enemy fastlands are a terrific investment, but I’m only going to mention the top two. Spirebluff is the #33 most played land in Modern, appearing in about 8% of decks. It’s popular in explosive decks who need two colors right away, like Storm, and this price is low for both versions. I can easily see this being $10/$30, or even higher depending. I hope the price drops down a little, as people liquidate their current Standard decks, but this one and Blooming Marsh (#41 on that list, in roughly 5% of decks) are the ones I really want to stock up on. I prefer foils too, but given how common this can be, nonfoils appeal too. I find it unlikely we will get this in a booster pack again for a while–we haven’t gotten a reprint of the allied fastlands, and that was in late 2010!

This seems woefully underpriced for a mythic, but it’s seen so little play. Considering how common ‘no creature’ decks are in Commander, this card is ridiculous. One of my other favorite interactions is that this plays extremely well with the new Brudiclad, Telchor Engineer, making artifact tokens that can be copied into other things, or be the source for other token copies. It’s in 5000 decks on EDHREC, so it’s not like this card is a secret. It’s going to be super solid for growth going forward.

This is currently one of the most popular sideboard cards in Modern, given the utility against Tron, Affinity, KCI, and Eldrazi. If you play Modern, get your playset now of nonfoils, and feel free to get some foils when you can. There’s only about 100 on TCG right now, and given the large number of decks that are playing this as at least a two-of, I won’t be shocked when they jump to at least $15, uncommon or not.

It’s been a while since I saw a foil multiplier at 12, and this is due to the popularity of this card in Vintage. As you can imagine, this card plus a Mox or two, perhaps a Grim Monolith, means you draw a lot of cards very very fast. I was surprised to find that the foils are this cheap, considering that this deck has quickly become one of the most commonly played decks in that format.

I’ll give you that Vintage isn’t a big scene in paper, at least as compared to online, but when there’s only 32 copies on TCG and a handful on other big sites, it feels like a solid choice for a future buyout.

The last card I’m targeting from Kaladesh is this crappy, terrible, no-good card. You don’t have to tell me that it’s not great. It’s actively bad, but there’s a deck waiting to break out. We already have Flickerwisp and Glimmerpoint Stag to flicker the Griselbrand or Emrakul, so there’s a base. One more flickering creature might put this over the top, though it’s a four-mana sorcery that is easily countered. The price for getting in is so low, though, that I don’t mind picking up a few foils and just being patient. I don’t know when it’ll blow up, but it’s unique and has great potential.

This card of a thousand combos is the perfect mythic, in that you don’t ever want to open it in Limited events. It’s a super-popular card in Commander: in print for about 20 months, already listed in more than 11,000 decks. That’s a lot of combos and shenanigans, and it’s why the Invention is so pricey.

I can’t advocate picking up these Inventions as a value investment. They’re going to go up, but they’ve already spiked pretty hard and any further growth is going to be quite slow. Pack foils are a super-tasty target, as they ought to be about $45, considering the usual foil multiplier. The Invention presents a price ceiling, but know that the pack foil is below where it’s expected to be, and that means it’ll correct itself by $15-$20 before too long.

Alternate win conditions are already something I pay attention to, but the assortment of cards that can make this amazing really put this over the top. Yes, it’s another awesome Brudiclad card, but it’s also great with other artifacts you’d be playing anyway. Churn out some mana rocks, or if you really want to get wild, Coveted Jewel. This is a small-set mythic that is niche so far but it’s got great potential to blow up in the right setting.

That’s not a typo. The Invention version is 20x the regular, and 10x the pack foil price. I love inventions, I do, but this is out of alignment. There’s 4500 people who’ve already put this into decks online, and the best thing about seeing this card on the other side of the table in a Commander game is the sure and certain knowledge that my suffering won’t last long. Hopefully.

First of all, this was the Buy-a-Box card for Aether Revolt. There’s a lot of extra foils out there, so be aware that this might not hit the heights you’re hoping for.

That being said, this card enables all sorts of silly and grindy and annoying decks. It’s a staple of the Krark-Clan Ironworks deck, and there’s also an incredible Grinding Station deck (found here if you want) that abuses the interactions in order to win with Sword/Thopter, because dumping cards into the yard in such a deck is basically drawing them.