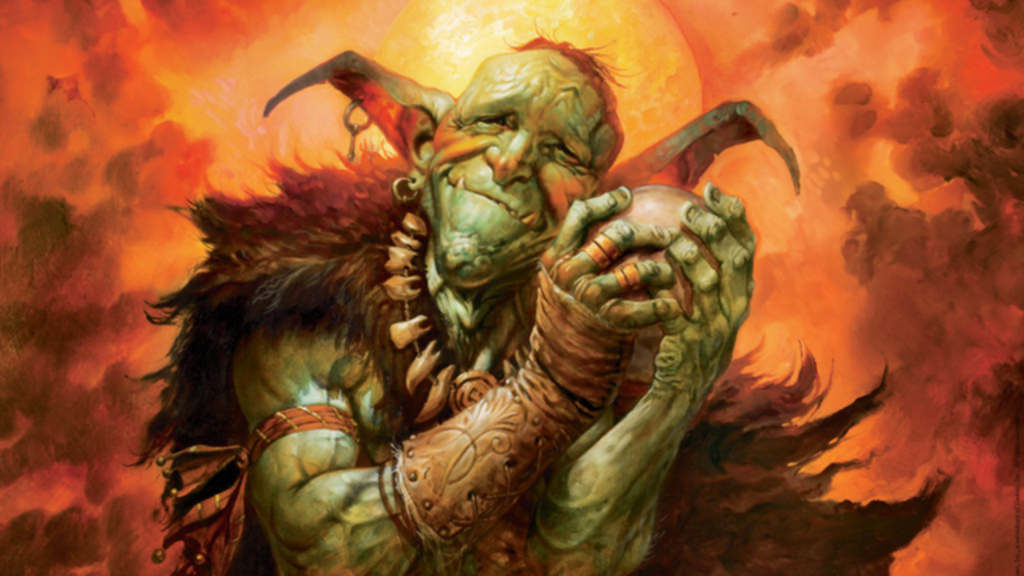 If you listened to MTG Fast Finance last week (and you really ought to, it’s free money and scintillating conversation) then you heard James and I discussing the impact of the Mythic Edition of Guilds of Ravnica.

In the time since, I’ve been thinking about that set and what it means for players, and for collectors, and people who care about the financial aspects of this decision.

Come with me, and let’s talk about what they might be trying to do.

First, let’s talk about what the set is. From their page:

The product will be a Draft-sized (24 pack) box of Guilds of Ravnica, with the twist that eight packs (they’ll be clearly marked) will each come with one of these planeswalker cards inside the pack (plus the normal rare or mythic rare card). You will know which packs have these special planeswalkers, so this can make for an exciting Draft experience. Or just crack the whole box. You do you.

So you’re dropping $250 on a box, which is about double plus some for the average box. Maybe even triple, depending on the box and where it is in the price cycle.

The amazing part of this box is the eight packs which each has a different borderless Planeswalker, the first official ones of this kind, though there have been assorted borderless alterists and online artists who’ve made these ‘super-art’ styles for years and years. This is a lazy set of Masterpieces–This isn’t original. It’s not going somewhere new. I prefer Invocations  to these cards, and I don’t like Invocations much.

The art choices, aside, one thing is clear: If you can get this at the original MSRP, then you’re set. It’s a slam-dunk at that price, having 24 packs of Guilds of Ravnica, and 8 of those packs (they will be clearly marked, it seems) with the special Planeswalkers, so those packs will have an extra card. Shouldn’t be too much of a disruption, as you’ll still get a regular mythic or foil. It’s not clear if that’s replacing a common, or if the number is now one more.

You’re getting eight foil planeswalkers for $200. Only $25 each! Let’s look at these current foil prices before we get into anything else.

With these prices, there’s a LOT going on. Will these be as valuable as the pack foil? Possibly. The only time we’ve seen something close to this as been the assorted SDCC promo planeswalkers, and that printing consistently represents the most expensive versions of those cards, even if the cards aren’t that pricey.

So with this in mind, at ~$200 for the set of eight, you’re looking at about $470 worth of pack foils. That’s ridiculous value, quite frankly, and it’s guaranteed. You’re not hunting for an Expedition or the like, you’re simply going to have to brave the website and the inevitable crashes. You know exactly what you’re getting, and even the worst of these (Ral) is going to be a $30 card.

There are variables at play, like the website’s terrible interface and the fact that these can’t be shipped outside the USA at this point, but the primary one is going to be the total number made. If there’s a lot, if everyone gets as many as they want, then I’d still have a hard time believing that it’s not at least a break-even. Teferi has a year left to warp Standard, and he’s popping up in other formats too. Liliana sees some play, but a lot of her price is due to small-set mythic supply. Tezzeret is from forever ago. Daretti doesn’t have much demand either.

I can see a world where the Teferi is $75, Liliana is $40, and the rest are hovering in the $20 range. That’s still $235 just from the eight planeswalkers, and that’s the worst-case, mega-overprinted scenario.

Wizards’ track record is to underprint things, and they’re right to do so here. These foils are the definition of a luxury item, as you could collect this set in nonfoil for around $150. When you are hunting special versions, you’re in luxury-goods territory, and keeping those scarce is good.

What I really don’t like is how this feels like a giant middle finger to local stores. The buy-a-box promos are an attempt to bring business to the stores that keep events and registration high, and this bypasses the stores entirely. This isn’t FTV, where stores got to have a markup that was pure profit for them. This is cutting out the middleman, and testing the waters of how much profit they can siphon away from those stores.

Using the local stores would have allowed for worldwide distribution, and it’s a shame that Wizards is neglecting the rest of the world this way.

Finally, I want to address resales. Should you buy this on eBay, if you can’t get through on the site? I’m going to lean in and say no unless you’re getting them for $300, but not as high as $350. Sure, these look fun, but aside from being borderless, they are the same cards with different art.

These are unlikely to spike, too. The planeswalker sets from SDCC show that their prices are super high early, and after the GIMMEGIMMEGIMME wave wears off, it tapers down. I bought an SDCC Liliana of the Dark Realms for $90 three years ago. She’s $87 now. There will be people making money on this set for a while if they got in at $250, but the best money is going to be in immediate flips. Don’t hang onto sealed sets of this product, if you happen to get your two.

I don’t mind Wizards doing this, selling the premium versions of this directly, except for how it takes potential profit away from local stores and hoses non-North Americans. These versions are lackluster Masterpieces to me, but I felt that way about Invocations too. For future releases of a product like this (and there’s very likely to be more of this) I’d expect them to slowly increase how many get sold, and hopefully figure out how to let international buyers get some too.

Please remember that these are promos of something that already exists for cheaper. Don’t freak out because there’s a more expensive version of a card. Get the one you need/want/can afford and move on.

One thought on “What Mythic Edition Means”