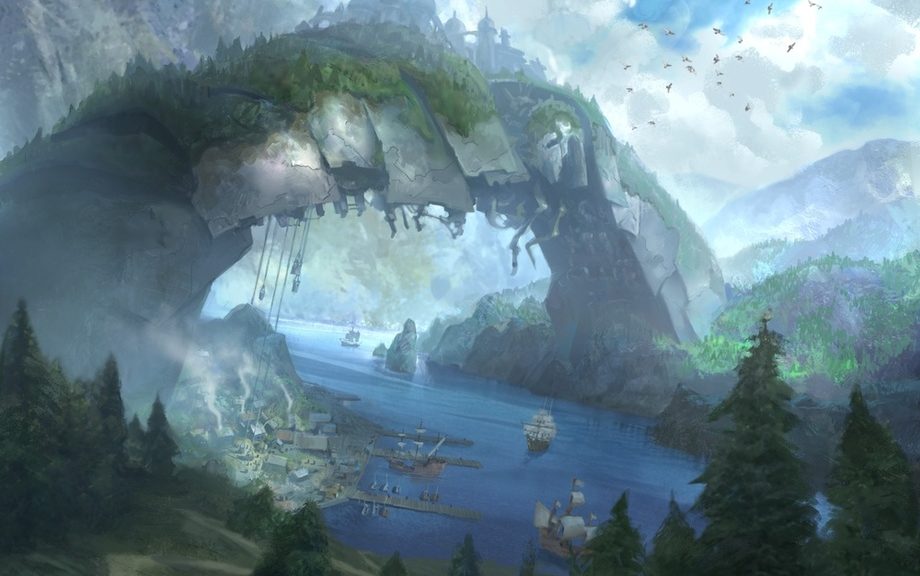 I have to admit, I love where Standard is at right now. Nothing is overwhelming, there’s something like five decks I’d play if I was going to a FNM event or a PTQ, and I like tuning into coverage of Standard, whereas five weeks ago I would have rather swallowed a sea urchin.

One thing I know: We’re not done innovating Standard, and there’s a key set of things coming: Ravnica Allegiance and the other five guilds. I’ve got some ideas on what that means for our wallets and trade binders.

What I’m talking about are the lands, especially. We’re about to have all ten shocks and all ten checklands together. It’s going to be an era of deliciously greedy decks, splashing all over the place.

It’s going to be that way for nine months, too, until Ixalan block and Dominaria rotate in Sept/Oct of 2019.

So here’s my hot take: I would advocate picking up Glacial Fortress, Rootbound Crag, Hinterland Harbor, Isolated Chapel, and Dragonskull Summit now, before the rush.

Some of these are already on the uptake, and it’s the distinction between buying now at $5-$7 and buying in two months for $10.

I know you don’t believe me fully, so let’s look at some of the reasons why I’m potentially wrong.

#1: Supply on allied checklands is extensive.

You’re right: The checklands are some of the most-frequently-printed cards in the modern era. They were debuted in Magic 2010, and then reprinted in 2011. And in M12. Plus Magic 2013, and then nothing till they were in Ixalan last year.

You know what happened to those four years of printings? They got absorbed, in large part by the casual market and the Commander crowd. That’s a lot of copies which aren’t going to be broken free. Yes, there’s a lot out there, but there’s also a lot of decks soaking up that supply.

Here’s the graph on the Ixalan version:

It’s gone up by about $1 since being printed. It didn’t even dip at first, as you might expect. It’s just been a steady riser. It’s not going to rise indefinitely–I suspect that rotation will hit this like a ton of bricks–but the Standard demand is really pushing this card.

It’s a pushed price before its favorite guild and best land are printed! I’m going to blame Teferi, Hero of Dominaria for that.

An aside: I think Teferi will hit $70 around Valentine’s Day, and I’d be speculating on him with glee, except that the timeframe for profit is pretty narrow if I’m buying right now at $50. At +$20, the fees put my profit at about $10 per copy if I’m selling on my own. Buylisting won’t be much profit either, he’d have to hit $80 for even the credit bonuses to be worth it. If you think you might be playing Teferi once we’ve got Azorius out, I strongly urge you to buy now.

Well yeah. No one is arguing that. Shocks are going to bump upwards too. Let’s look at the Return to Ravnica version of Steam Vents, while people are playing Expansion/Explosion and trying real hard to get Niv-Mizzet, Parun into their decks.

That’s what I like to see: steady upwards progress. Yes, it’s a third printing of the shocklands, but the original was forever ago, and the RTR block shocks got soaked up by Modern and Commander demand. The thing about those formats is that people aren’t terribly willing to break up a deck’s manabase if the lands rise modestly.

I’m not predicting a big jump in the shocks that are about to be printed, but again, I’d get mine now. Jeskai control, for instance, can run the perfect 24 lands for its three colors if desired, and splash into other colors without trying very hard.

For now they are. Sulfur Falls has already seen a recent increase, restoring most of what it lost in being reprinted:

Oh yeah. One printing in Innistrad, way back in 2011, and copies got soaked up over time. We’re not left with pretty much the leftover Dominaria copies, and there’s not enough given the demand. Woodland is already back at the price it had when Dominaria came out. We’ve got a fair bit of time till it rotates out, and I wouldn’t be shocked if it hit $9 or $10.

Traditionally, the year after a land is printed is the time where it’s rising, and I fully expect that to continue with these lands and this Standard.  Shocks will get played more than the checklands, but both are going to be used extensively.

The two remaining enemy lands are likely the best targets of all: Hinterland Harbor at $3 and Isolated Chapel at $4. I don’t know what mechanics and goodness we’re going to get with Simic and Orzhov, but I know people will want to play them and the cards are going to go up.

One thought on “Five more to come!”