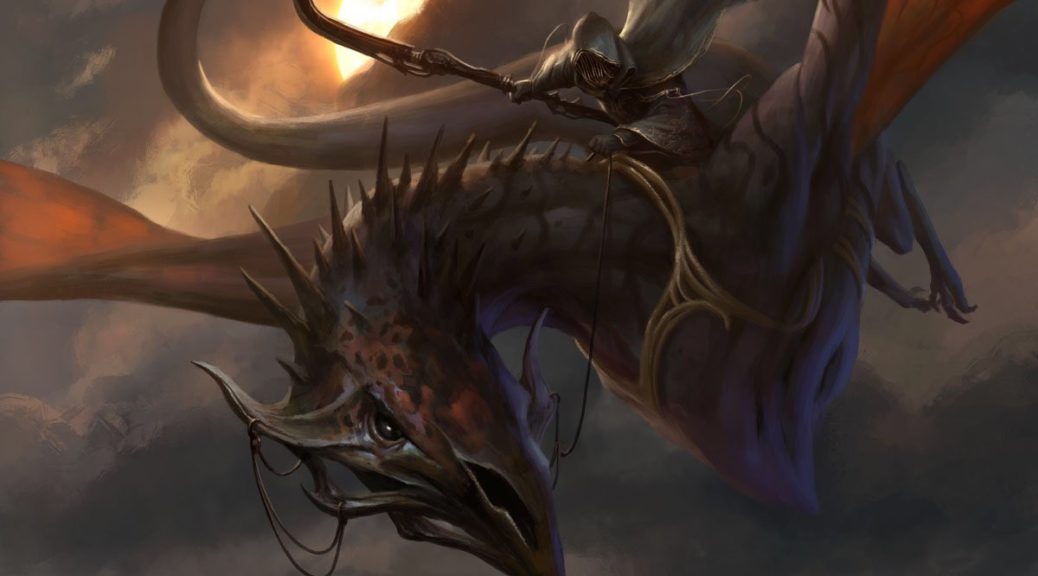 On the whole, Pro Tour Guilds of Ravnica was a mixed bag. LSV took second, and everyone got to enjoy rooting for the good guy the whole time. Of course, the event was full of nothing but white weenie decks, so unless you’re Craig Wescoe, the deck diversity didn’t really do a lot for you.

With no real breakout decks or cards, there’s nowhere else for us to turn in Standard. The best time to ditch any Standard inventory you may have had was somewhere over the last 30 days, so make sure you finish clearing out your stash now. That way you’ll have plenty of spare resources when holiday sales and a general buying drought set in.

Dredge has been enjoying fair popularity in Modern for awhile now, with Prized Amalgam and Hollow One having done a lot of work to revitalize the archetype. Amalgam is especially well-suited to Dredge, as his requirement of playing a creature from the graveyard is so universally applicable to the strategy, that it’s tough to imagine a build that doesn’t satisfy that condition.

There’s no question about how popular the strategy has been either. Bloodghast is the 3rd most popular creature in Modern, Stinkweed Imp is 11th, and Amalgam is 12th. Despite plenty of sideboard hate out there, dredge is still strong enough to put up consistent numbers. Inventory numbers reflect that too. Amalgam only has one printing from Shadows Over Innistrad, which isn’t old, but it’s been two and a half years, so it’s not fresh and recent.

Checking out foils you’ll see a couple in the $5 and $6 range, and the ladder ramps up quickly from there. That’s a strong indicator for rapid price growth once those bottom copies go. With dredge’s sustained popularity, I don’t expect to be able to pay $5 for foil Amalgams for much longer.

We all thought that Jace would herald a new age for control in Modern. So far, that doesn’t seem to have happened (yet). What has pushed control is Teferi, Hero of Dominaria. It wasn’t more than two weeks ago that Ben Stark (I think) was writing about Jace is irrelevant and Teferi is the best planeswalker in control. That’s a strong claim.

You’ve heard us talk about Teferi on the @mtgfastfinance podcast often enough that I won’t get too far into it now. Instead I’m interested in a card that’s been showing up regularly in all these control strategies. Another unbanned blue card, Ancestral Vision has found its way into the format via the opening that Teferi has made. If you’re planning on winning with a five mana planeswalker, you’ve got some time. Which is exactly where Ancestral Vision is good.

Foil copies will run you about $20 right now. There aren’t many before you hit $25, and then only a few more to $30. Given that the original foils are $125, we know the ceiling is a long ways off still. So long as control continues to hold its share of the metagame, and Vision is part of that, we’re going to see these slip away over time.

Take your pick, honestly. You’ll find a couple Myr Retrievers in KCI, a combo deck whose closest relative is Eggs, and you’ll find buckets more in EDH, where it’s in 8,000 decks and a signature feature of Breya decks, one of the most popular commanders of all time.

There are two foil Retrievers; Mirrodin and Modern Masters. If you’ve ever held a Mirrodin foil you’ll know those are for collectors only. They’re hideous. You can’t even tell they’re foil. If you want a good looking foil Retriever, you’ve got to go to MMA. And there are are about 10 of them below $10. And frankly, not many more above $10 either.

With Myr Retriever’s popularity in Commander, where it’s been a go-to in artifact strategies since the format’s inception, and its continued presence in Modern as a utility card in KCI, supplies are going to continue dwindle, with at least a price double-up on the horizon.