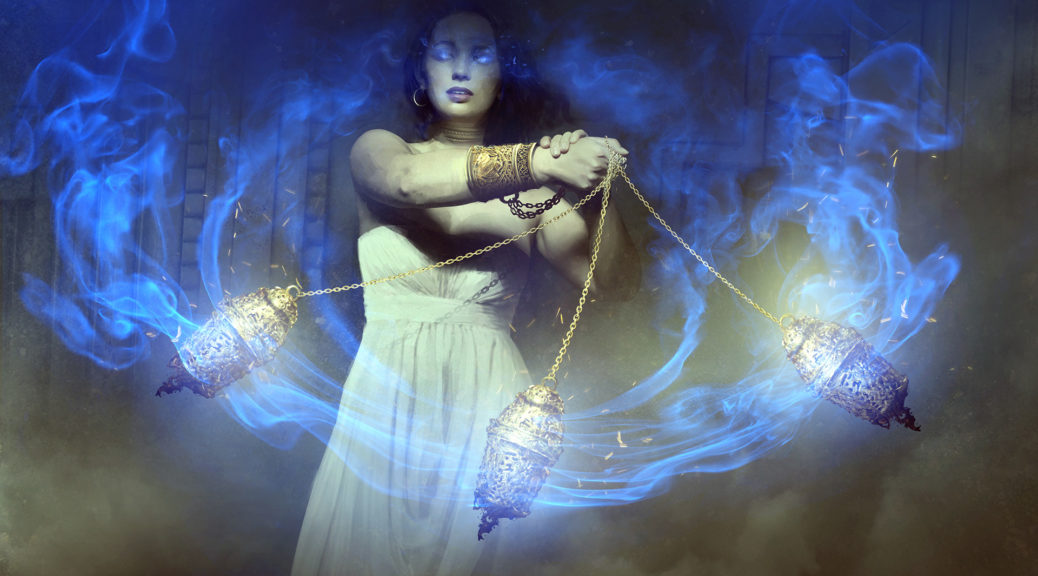 A week on and last week’s massive Pro Tour changes are still on the community’s collective lips. How will future qualifications work? What will the ability to get and stay on the train look like? At the same time, the Arena competitive queues have been announced to be best-of-1, which means no sideboarding. Many players, especially those familiar with high level play, are displeased. A great deal of skill comes from clever sideboarding.

On our side of things, it’s all about UMA right now. Supply is high, probably the highest it will ever be, so it’s time to start thinking about what we should be looking at. 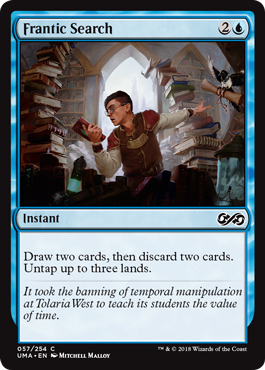 For the first time in a whopping 19 years, Frantic Search has been reprinted. Long a combo staple, and possibly the most busted of the “untap” cycle from Urza’s Legacy, it has many admirers. In 60-card formats it’s used to generate storm, churn through cards for a minimal price, and possibly even untap a land that produces more than one mana. In EDH (where you’ll find it in over 10,000 decks), it’s primarily used for the latter; untapping a Gaea’s Cradle and Cabal Coffers is just about the dumbest ritual you’ll find in Magic.

At this point in Magic’s timeline I’d wager that it’s the use in EDH that most demand comes from. Untapping lands is powerful, and digging for a specific type of card at any given time is always useful. That isn’t to say it doesn’t have purpose elsewhere though, of course. While it’s banned in Legacy and Pauper, it’s useful in Vintage, cube, and perhaps moreso than both, kitchen table. I certainly recall finding allure in the spell back when we only played in our college apartment, and I’m sure I wasn’t the only one. That type of demand doesn’t tend to push on foils much, but anything helps.

Perhaps most appealing here is that pack foils are $25 to $30, and the current UMA foils are a whole $1.50. I’m certainly not expecting a recently printed uncommon to hit the same price point as a 19-year-old original foil, there’s certainly room for growth. Supply is on the high side, but remember, we’re in the deepest it’s going to get. 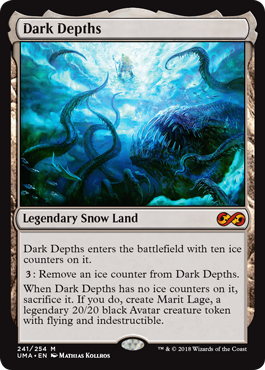 Now that we have the small ball out of the way, let’s talk about something with some heft.

Dark Depths is a cool card. We can all accept that. “Unfathomably large creature hidden in the mists” is just cool. It’s also popular. While not legal in Modern, it’s a core component of at least two Legacy strategies, shows up in Vintage, cube, and over 3,500 EDH decks. It’s also typically a four-of when played, since if you’re going through the effort of pulling it off, you need to make sure it’s happening.

There are several foil copies of Dark Depths with the release of UMA. We’ve got the pack foils, currently clocking in at around $260. We’ve got the FTV Lore copies, which cost a whopping $20, which everyone hates because the foiling on those sucks and they feel bad. Now we’ve got the two UMA copies too; the pack foil and the box topper. UMA packs will run you $55 or so. That’s not bad for a foil Dark Depths, but let’s be real, it’s just not as cool as the box topper. The box toppers have the same great new art, but borderless, it really explodes off the card. Realistically they’re going to be the most popular, and anyone that takes their Dark Depths seriously, which is exactly the type of person to make use of this card, is going to be looking to pick them up.

$120 is no small buy-in, but given the relative scarcity and overall distribution process, I’m expecting these to behave something like Inventions. Supply is relatively full right now, with seemingly high prices, but a few months from now it may be a bit shocking to see how many fewer there are and how much more they cost. I’d be surprised if Dark Depths doesn’t cruise upwards of $180, $190, or $200, and possibly more. It could be slow with the holidays just a week away, but come February things may start changing. 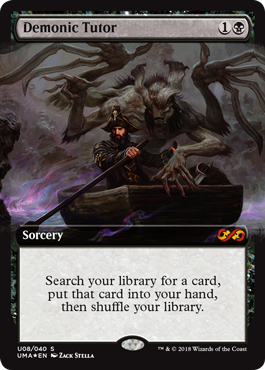 Wizards has been surprisingly reluctant to roll out Demonic Tutor. Not counting the early Revised-era pritings (FBB, IE, CE, etc.), they put it in a very early Duel Deck. Then the reprint of that Duel Deck in the anthology series. And…that’s it. For a spell as popular as it is, you’d expect them to make it much more available. They haven’t, though. The release in UMA is the first “new” printing of it since 2009.

With the UMA release, we were also given the box topper. This is a big get. Up until now, the options for Demonic Tutor have been uninspiring. You can have the judge promo, which is dark and not particularly intriguing, for $260. Or the Beta version for well over $500. That’s really it. There’s a reason most copies you see cast are “Revised copy from a shoebox” quality.

UMA adds some much needed depth to the pool of options. Not only do you have the UMA pack foils at an approachable $60, you’ve got the topper at a current price of $160. Now, don’t get me wrong, that’s a steep buy-in. It’s going to be tough for most people to make a move that big. But it’s absolutely the coolest version of this card aside from possibly Beta, which is going to run you at least three times as much for anything that’s sleeve playable. If you want a cool Demonic Tutor, and don’t want to spend over $500, this is your best bet.

For arguably the second-most popular card in EDH, that Wizards has been absurdly stingy with reprinting, in the coolest version that has existed since 1993, $160 is probably going to look like  a good price in three to nine months. Seeing this climb to the current judge levels, or even higher, is certainly possible.