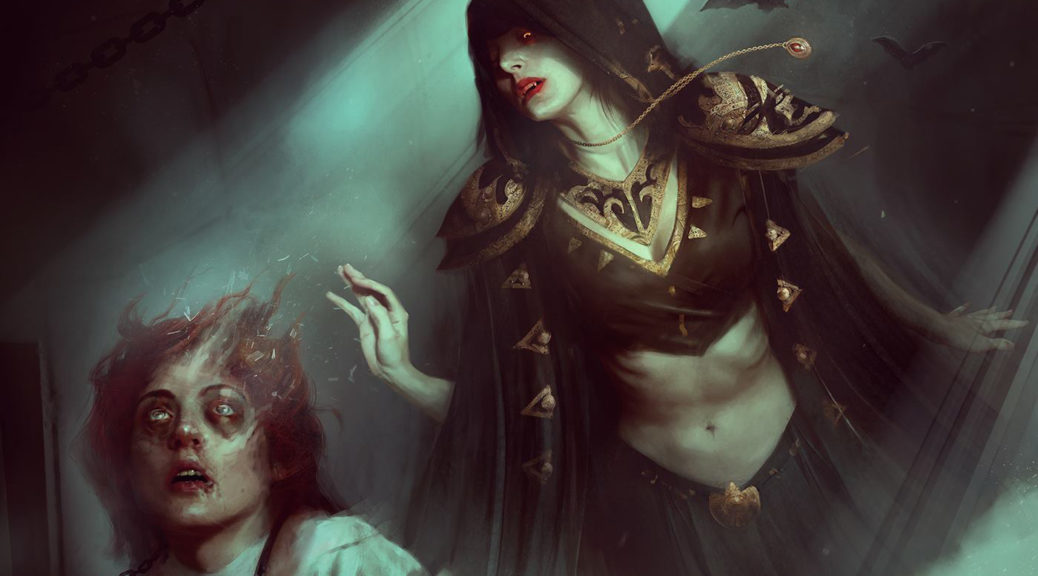 2019 brings with it plenty of exciting Ravnica Allegiance spoilers. So far the biggest jump has been on the heels of Prime Speaker Vannifar, a creaturefied Birthing Pod. Astute readers immediately jumped on Intruder Alarm, which when paired with Vannifar should provide you a win on the spot. She sacrifices a creature to find something bigger, when that enters play it untaps her, she sacrifices sit again, etc etc. Throw a persist creature into the chain to double the bodies you have available to you. Really, the difficulty isn’t finding the win, it’s finding the setup necessary to put both cards on the table together. 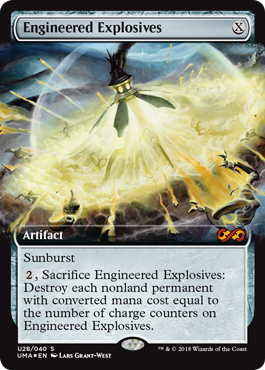 While they may already feel like old news by now, Ultimate Masters Box Toppers are still quite fresh in the Magic timeline. Only officially released thirty days ago, box toppers have been available for purchase in quantity for a few weeks right around Christmastime. Yet it feels like we’ve collectively moved on to Ravnica Allegiance already. I assure you though, while Allegiance is the fun thing to look at and talk about on Twitter, movement on cards like the box toppers is still going to be happening.

Explosives doesn’t need me to outline the card’s qualifications. It’s a top 25 in Modern, common in Legacy, and a staple in Cubes everywhere. There’s a reason non-foil copies are $28 despite having been reprinted a month ago.

Take a look at Inventions copies and you’ll see they’re around $120 at the moment. Those are great copies which look excellent and are truly unique. In contrast, UMA Box Toppers are clocking in around $70 right now. They’re not quite as dramatic a departure from the standard Magic appearance, but that’s no knock against them. Their borderless design is going to appeal to a wider range than the Inventions copies will. Supply is decent for a card of this nature right now, with roughly 50 on TCGPlayer (far fewer than that under $90 though). We’re rapidly approaching the end of new box topper supply if it hasn’t already stopped, which means this is as deep as the pool is going to get. When people see the borderless box toppers are $50 cheaper than the Inventions copies, they’ll gravitate towards these. It won’t be long after that before the UMA promos end up close to the Inventions. 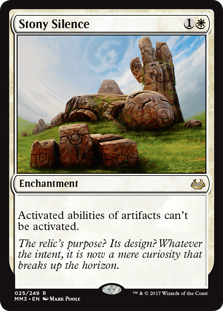 Six slots down from Engineered Explosives on the list of top Modern cards is Stony Silence. Like Explosives, long-time players need no introduction. Not only has it been a core piece of Modern since the format’s inception, along with Affinity, it continues to find new applications as the format evolves around it. As of late it’s useful as a tool to battle Krark-Clan Ironworks, a deck whose entire gameplan is activating artifacts. Not a bad card in that match-up, I’d say. So long as KCI keeps churning, and keeps winning, this will become more and more important.

Furthermore, we’re heading into a period where there’s an expectation that Modern staples will begin to pick up steam at the same time that the Magic index generally rises anyways. If there’s one card type that’s looking good over the next few months, it’s Modern staples.

You’ll find a few foils of this hanging around the $13 mark, but not many. (And possibly none by the time you read this.) The Modern Masters 2017 foils hit $15 quickly, and then…they’re out. Innistrad foils start close to $20, where you’ll find about two playsets, and then…they’re out. Supply is shallow on foils on both copies of this. With MM3’s arguably better art, newer frame, and cheaper entry point, this seems guaranteed to pick up to the $21 to $26 range.

Thing in the Ice 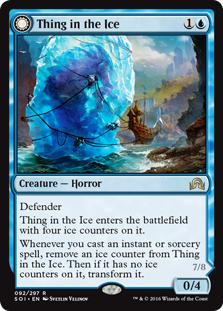 It’s Modern Monday today, and we’re finishing with Thing in the Ice. And non-foil to boot! How often do you see me recommend those? Non-foil Modern cards. What year is it, 2013?

Thing in the Ice is just outside the top 30 cards in Modern, and an easy top 10 creature. It had modest application in Modern when it was printed in SOI, and has only managed to increase in utility with the introduction of Arclight Phoenix. That deck is proving itself capable time and time again lately, and is looking a lot like Grixis Death’s Shadow at this point. It’s going to have an insane few months, and while the format will eventually stabilize and adapt to it, it will remain a meaningful component of the Modern tapestry. That’s all very good for Thing.

You’ll find a couple Things hanging around $12 and $13, but not many. It’s into the $15 and $16 range rapidly, and supply dries up not long after. Most major retailers are out of stock. There’s been a huge run up in price on this since the development of Izzet Arclight, but frankly, if the deck keeps up, I see no reason why this won’t be a $20 to $25 card.