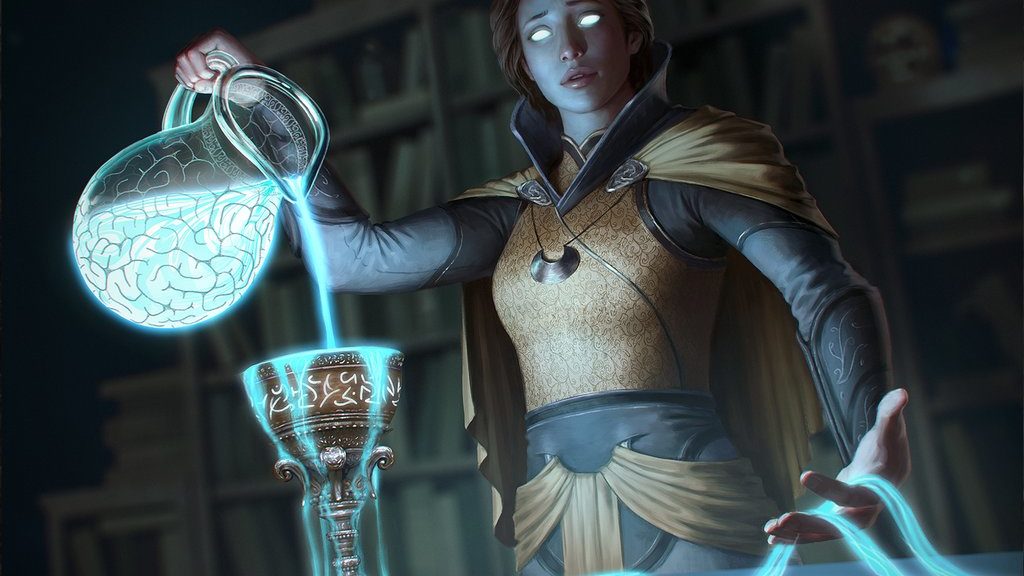 Two pieces of information are currently the catalysts of heavy market activity right now; the knowledge that War of the Spark is going to be heavily planeswalker focused, to the point that each pack is guaranteed a walker, and the existence of Modern Horizons, coupled with the point that no currently-Modern-legal card will appear in the set. Between them, every card that A. has to do with planeswalkers or B. exists in Modern is coming under intense scrutiny. We could talk awhile about the timing of the announcement — in fact, I did, on the latest episode of @mtgfastfinance — but that’s neither here nor there at the moment. We’ll keep our attention on the cards themselves this week. I’d also recommend revisiting last week’s article, specifically Mox Opal. I managed to find that card all over again this week, and it wasn’t until I pulled up my notes that I realized I wrote about it as recently as seven days ago. If it caught my attention twice in a row, I can at least say that my methodology is consistent, and I like the card.

This isn’t a particularly clever pick, and there’s no doubt you’ve encountered other people talking about it as well. That alone makes it worth turning my attention to it, since we’re sort of one level above that here. Most content of this nature is “here’s what’s going to be good,” while I try to make this column more “here’s where the attention is going to be focused.” I’m not sure if I succeed at making that clear, or in doing it period, but at least I think about it while I’m writing.

Anyways, Doubling Season. It’s hard to find a more well-known synergy than planeswalkers and Doubling Season. Season is the ur-EDH staple to begin with, and that particular interaction only intensifies the demand for the effect. You know this, I know this, every schmoe at your FNM knows this. It’s still true, and for that reason, worthy of our attention. 16,000 EDH decks can’t be wrong. With a deluge of planeswalkers a month away, expect there to be even more demand. What I especially like about non-foils is that Doubling Season is the type of card that speaks to the kitchen table. In fact, I myself bought a playset (for the hard decision of $20) back when I was playing living room table Magic. Those types of casual players don’t bother with foils at all. They’re also the type of player to be enamored with having “a planeswalker deck,” so the overlap is real.

You’ll find copies in the $38 to $40 range. There’s maybe fiftyish copies under $45, and then they’re up into $50, $55, and $60. That’s about what we’re shooting for I think; $60. This isn’t a glamorous shot by any stretch. It’s safe though, as we know it’s not coming in Modern Horizons and is too expensive to end up in a Commander product.

In keeping with our planeswalker focus, as that’s hitting shelves before Modern Horizons, we turn next to Oath of Gideon. Two other Oaths are likely to be more directly impacted — Teferi’s and Nissa’s — as they’re, I guess, more “obvious.” Gideons is certainly useful though, as the two tokens run interference for a turn, and while a single extra loyalty isn’t as immediately impactful as doubling them, it comes down sooner, and is much less likely to be a target for enchantment hate while still shaving a solid turn off most ultimates.

It will be hard to build any planeswalker-centric deck without Oath of Gideon, I suspect. The two tokens are valuable whether we’re talking a casual sixty card build or a full-sized EDH list. Given that it’s not the most popular card in EDH yet, and the relatively low supply, I’m wondering if this was already targeted. There’s a whopping 22 pack foil copies on TCG right now, and for a card that’s semi-new and not in 40,000 EDH decks, I’d expect much more than that. There’s no price changes in the card’s history, so if someone did go after it, they didn’t manage to impact pricing yet. Still, keep that in mind.

What few copies remain are floating in the <$1 to $2 range. These should be an easy cruise up towards $5 or $6 once the spoilers are rolling in hard. I’d be looking for a quick exit on these, with the intention to buylist whatever you end up with.

Rather than spend all week talking about WAR and the attention being paid to planeswalkers, I figure we should at least cover a little Modern. Remember, we want to look at cards that are currently legal in Modern that may see increased application or attention after having 250 new cards dumped into the set. My first choice for this slot this week was going to be Goryo’s Vengeance, until I remembered that it was in Ultimate Masters and that there were something like 400 copies of those on TCG right now. RIP Goryo’s Vengeance I guess.

Elves is a tribe that’s always hung at the edges of Modern, trying valiantly to elbow it’s way into the crowd, even succeeding, rarely, at relevance, only to be tripped and trampled on by the larger decks wielding Anger of the Gods the following weekend. There’s never been the necessary component to give them full stability by means of enough power that it can overcome the minimal sideboard hate that typically wipes it back out. As a fan favorite tribe that’s on the cusp of playability, it’s not unbelievable that Wizards would toss “elf” on a key card or two in the interest of giving them a bit more depth and range. Birchlore Ranger has long been a card I’ve wondered about, as it would give the deck access to any color of mana it needed, opening up all sorts of slots, whether being able to side in Rest in Peace as a GB deck, or run Beck in the main without needing to ruin their manabase.

Heritage Druid is a key engine in elves builds, to the point that any elves deck that didn’t utilize it would be a functionally different deck. At $7 a copy today with medium supply, there’s a definite possibility this moves into the $15 to $20 bracket with the announcement of new, powerful elves. Keep an eye on the spoilers, and have a purchase plan in place if something pops up. [/hide]