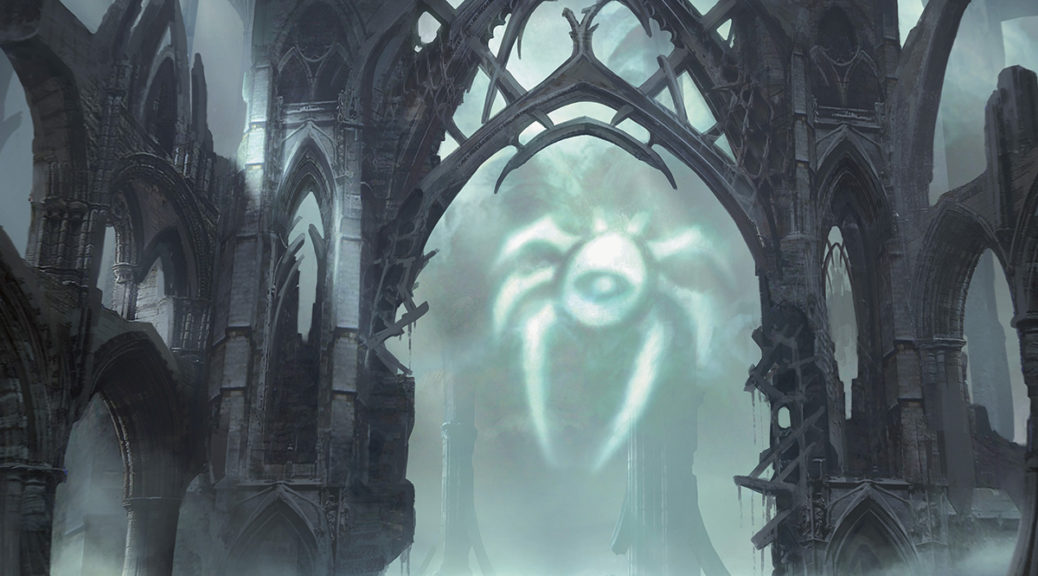 MFNF, which isn’t a metal band but was in fact Magic Fest Niagara Falls, went well enough. Players showed up, played Legacy, sold Magic cards, and ate chicken wings. On that note, I did manage to get our good buddy Corbin in front of some genuine Buffalo chicken wings, although they weren’t at one of the local hotspots. I have to advocate for attending GPs in your backyard, not that most of you will need that pressure. Having been one of the most active players in the city some 12 or 13 years ago, but less so in the last few, it was something akin to a high school reunion to attend. When the GP is within 20 minutes, players that would never bother to drive two hours to a major city still find their way. It’s a lot of fun to see faces that you remember from your LGS from seven years past. Given that the most lasting appeal of Magic is the community, this is where the true dividends lie.

It’s been a week and Feather is still a popular and exciting commander, despite not having arrived in anyone’s hands yet. Official release is next Friday, May 3rd, so we can expect people to begin building the deck in earnest through late spring and all summer. Note that it’s possible that the activity on new EDH cards may be slow over the summer, as many college aged players may find themselves in home towns that lack the Magic peer group. Once September rolls around and these players are back at the dorms, the impetus to build that new EDH deck will grow.

Boros Signet isn’t a new card of course, with its original printing in Ravnica. Just, Ravnica. It’s shown up quite a bit since then, with something like 10 or 11 total printings. That’s a lot of dang printings, right? No surprise, as it’s a necessary mana rock for the most mana-starved color pair in the glorious worker’s format. Amongst all of those printings there are only two foils though, the original copy, and the latest run from Modern Masters 3. And before you bring it up, no need to worry about getting hammered by Modern Horizons – as Boros Signet is already legal in Modern, it won’t be appearing in Horizons.

With Feather a few weeks from release, players are going to have newfound reasons to sleeve up a Boros Signet. Of appeal here is the “recently reprinted EDH staple” effect. I, for instance, don’t own a foil Boros Signet (I think). I do have a few decks I may want to put it in, but I’ve never bought one, because I’m not paying $15 or $20 for a Ravnica foil copy. Now that Feather has been printed, I’m looking into the card again, and finding it was reprinted in MM3. Great. Rather than buy one copy for Feather though, I might buy an entire playset. Even though Feather is just one commander, a cheap reprint of a formally expensive card could lead players to buy several copies. In this way, we can see how a new commander can drive demand for several copies of a single card.

Anyways, foils from MM3 are maybe $1.50 or $2. Supply isn’t too deep, with less than 40 or maybe 50 copies floating around on TCG. A few players deciding to pick up a playset for Feathers and any other decks they have are going to drain that supply rapidly, and I’d expect to see foils pushing $6 or even $10 by the time fall hits.

Tuvasa the Sunlit popped up this week as a popular commander, and is in fact hanging in there on the last 30 day tracker. I assume he showed up on Command Cast or something to that effect. There’s a spike in popularity now, and that will wane, but enchantments and enchantments-matter themes are always popular in EDH, will always have a place, and will get a new commander once or twice a year.

Players love Propaganda and Ghostly Prison. Look at the EDHREC numbers on those. Nearly 30,000 decks for each, making them some of the most popular cards in their respective colors. Sphere of Safety plays that game too, just bigger and badder. Where Propaganda is always going to add a two mana speed bump, Sphere of Safety can generate a brick wall. Sure maybe your opponent can pay the two mana to let their 50 power unblockable hexproof commander through the door, but can they pay 14? That’s an easy target to hit with Sphere of Safety, especially when you’ve got another Propaganda effect or two in play, a few land enchantments, and an enchantment clone or two.

Tuvasa or not, Sphere of Safety is a worthwhile inclusion quickly. Enchantments are absurdly powerful in EDH, and it doesn’t take much to power up Sphere. You don’t need to take my word for it, of course. While it’s no Propaganda, you’ll find it in over 17,000 decks in EDHREC’s database.

How about the card itself? There are currently 12 foil copies on TCG Player, with no more in the pipeline. SCG has less than a playset. At a $7 buy-in, this is an easy double up.

This isn’t the first time you would have seen Sorin’s name, whether here or on Fast Finance. He’s a surprisingly popular planeswalker — 7,300 decks on EDHREC at the moment — from a set several years old, with distribution numbers that are lagging at this point. There’s only one printing still, and as an Orzhov card, has limited applicability in Commander precons.

Looking through planeswalkers in EDH, you’ll see there’s occasionally derivations from a familiar price pattern. Several walkers hold price tags far north of Sorin, yet aren’t any more popular than he is. I consider these wrinkles aberrations that are likely to self-correct eventually. If you’re like me, you’ll occasionally find a card that, despite your best research, shouldn’t be as cheap as it is. Those are opportunities, and eventually they straighten out. Sometimes it’s quick, within a few days or weeks. Other times it’s a bit more of a drag, and takes months, or even years. Yet there’s a reason you identify them as incorrectly priced, and the market will have its way, whether it’s today or tomorrow.

Supply is decent, with about 65 vendors holding copies. (There’s no CFB wall of 50 copies, for what that’s worth.) We don’t need to see the inventory sell out before they’re more than $10 though. As players begin building planeswalker centric decks and go looking for other inclusions, Sorin will be there, and players will pick up cheap copies. Existing vendors will notice, and minimum prices will be raised as copies are purchased. It’s a bit more of a sleeper than something like Sphere of Safety, but with the attention paid to planeswalkers right now, I’m happy to be in the market for a popular, underpriced one.