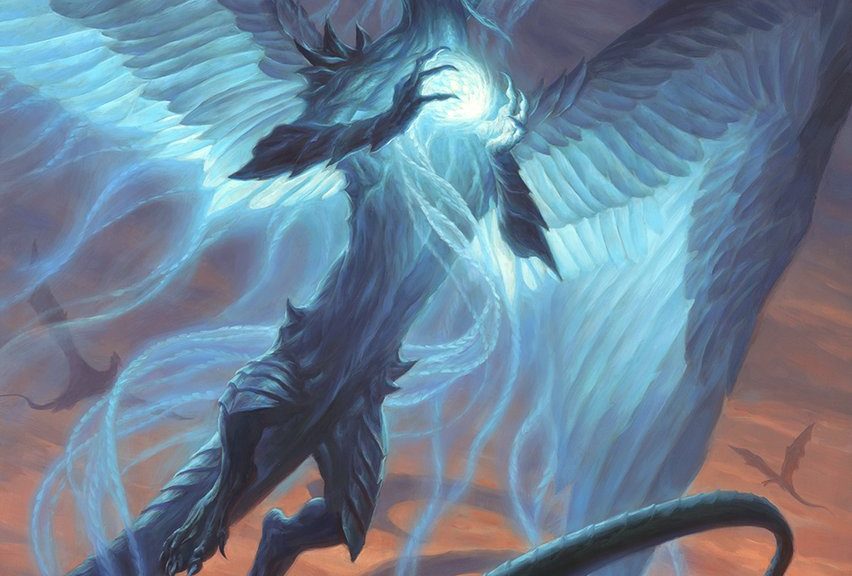 You can name any number of words in the English language to delineate an activity that should be organized but isn’t. The flaw can be fundamental, or accidental, and all those words apply to such a situation.

The sale on Wednesday of War of the Spark Mythic Edition was all of those words and then some.

Let’s recap what happened, and then think about where the prices might go, and toss in a few ideas that clearly no one at Wizards is going to listen to but I’ll feel better for screaming into the void.

I knew it would be bad, let’s get that straight. ME1 was atrocious because Hasbro’s site went down every time the SDCC planeswalker sets went up, and that wasn’t nearly the demand of this set.

ME2 was done via eBay, a platform designed to take all the slings and arrows, robust architecture and proven to hold up in the face of Internet swarms.

I hoped that it would be a simple process. Log on at 11:55, cross my fingers that it sold out in minutes and not seconds. The 12,000 promised units would sell out, and I’d get mine or I wouldn’t. Concert tickets are often this way, and while I didn’t like it…it made sense.

What we got was:

The Hasbro Toy Shop crashed as an eBay page. I don’t know which part of the infrastructure failed on that, but it did and I’m sure they are figuring out why.

I had a tab open set to a search for the product with that particular seller, so when it came up, I was ready. I had my order in within 30 seconds.

Now let’s pause and reflect on how I felt. Disappointed, yes. I’d liquidated my last Ultimate Masters box, I’d moved some other things, I was ready and it didn’t matter. The bots beat me, I guess? C’est la vie.

And then, a few minutes later, courtesy of the MTGPrice Discord, which was full of “I got it…didn’t I?” posts:

So it was restocked and I got there on two boxes. Victory!

Five minutes later, orders can still be placed. So I got in there for two more! DOUBLE KILL

Email confirmations arrived, Paypal took my money, and no one paid attention to the page that said 40,000+ had been sold.

Then came Thursday and the waves of RIP and ‘F’ posts as cancellations started flying. I got my cancellation emails about 26 hours after payment went through. I hope you get yours, I truly do.

One more layer to go: the cancellation emails have a quippy bit about ‘Jace and his buddies crashing the internet’ and this is not the time, not with $500+ of product you’re cancelling on me. The other type of email, the ‘We think you’re still getting one, just be patient’ is less gallows humor but still nervewracking.

I said it twenty times yesterday: Nothing is confirmed until it’s in hand.

I truly hope that all of you get what you ordered. I wrote it before, that these are luxury goods and just upgraded versions of cards that exist, but let’s take a moment and examine why this is worse as a customer experience than just about anything else: That rollercoaster of emotions.

It is stressful to have an experience like this. To go from disappointment to euphoria to cautiously hopeful to utterly crushed takes a lot out of someone. We’re all breathlessly waiting for what eBay and WotC are going to give us to make us less outraged, but it likely won’t be on the level of the Box Toppers as with ME1.

When someone is unable to get a thing, they are disappointed and move on without too much fuss. If you give that same someone that thing and then take it away, that’s a whole other level of anger and betrayal.

A metaphor: Imagine a child at the park. Kid sees the ice cream truck go by and says, “I want ice cream!” and sees other kids going to the truck too. You don’t have any cash, so you tell them no, they cry some and you console them, but life goes on.

Now imagine that the kid goes and buys an ice cream sandwich, takes a couple bites, and then like a monster you swoop in, take their ice cream and give it to another kid right there. You’d have a nuclear-level tantrum, and you might get the cops called on you because your child is screaming up a storm in the middle of the park.

We thought we had this, and it’s been taken away. That’s the terrible customer experience, and it’s the first thing to avoid.

How could this be done better?

Well, lots of ways. First off, improve the web experience so that we don’t get sold-not sold-sold-not sold loops. That’s basic level.

We can do better, and frankly this is a topic that has been explored more than once on MTG Fast Finance: Wizards has a trove of data about customer habits but can’t/won’t use that data. The only thing you get from looking at your DCI history is a set of points worth approximately as much as a Schrute Buck.

I apparently have to accept that Wizards isn’t going back to the Magic Player Rewards system, but why not use our data in good ways? Let us link online accounts to physical DCI numbers. Reward us with one free Arena draft for every five live ones, or vice versa.

The best idea came from our own Travis Allen:

Everyone who’s played in an event in the last six months is automatically entered and given a chance to buy ONE box. If they don’t reply to the congratulatory email within 48 hours, move on to the next person till they are all sold.

Know what makes this great? You draw out the experience. Rather than everything happening today, you get a week or two of people exclaiming their good fortune AND you get an extended rollout of people opening their product. Instead, next week, we’re going to be treated to the sight of some extremely lucky people all getting it within a day of each other. Sigh.

Let’s pick ourselves up here. We didn’t lose anything but future nebulous profit or a chance to play with some of the sweetest versions of awesome cards…I’m not helping you or myself. Let’s move on.

There was a LOT of money chasing this set. 12,000 at $250 each, but let’s be conservative and say they accidentally oversold that to the tune of 24k. Could easily be more, especially if eBay’s counter said 48k, either way that’s a boatload of money. Will Wizards print more next time? Possibly. Twelve thousand sets in in line with the other ME editions.

The price trajectory on this is going to follow this pattern: In a week, people will be dumping their copies in the $450 range, to make the quick buck. Selling one in that price just about pays for two, leaving the second box to appreciate or be opened. I would be a buyer if I saw copies at $400. Very unlikely.

I think a lot of collectors, not speculators, are going to push this high, though. The first wave will sell fast and you’re going to see a few $550-$600 sales in about 10 days. I’m much less sanguine about buying in there, because you’re going to have quite a wait to get to flip that box.

I’m a much bigger fan of moving in on the individual planeswalkers. Ugin and Jace are going to get all the attention, and you’re going to see a glut of the lower-end ‘walkers as people crack a set, keep the ones for their Commander deck, and sell the rest.

I don’t want to use the current sales data to predict prices, as the waves of cancellations impact the downstream resellers who aren’t getting a set after all, but two weeks ago I talked about this exact topic.

If you got cancelled on, take a breath, put the money aside for War of the Spark specs, or the many goodies that are coming for Modern Horizons. Buy the planeswalker singles you want, they are solid and should hold value.

Be pissed, be upset, leave some godawful feedback and then take a breath. And try not to loathe the still-lucky ones.