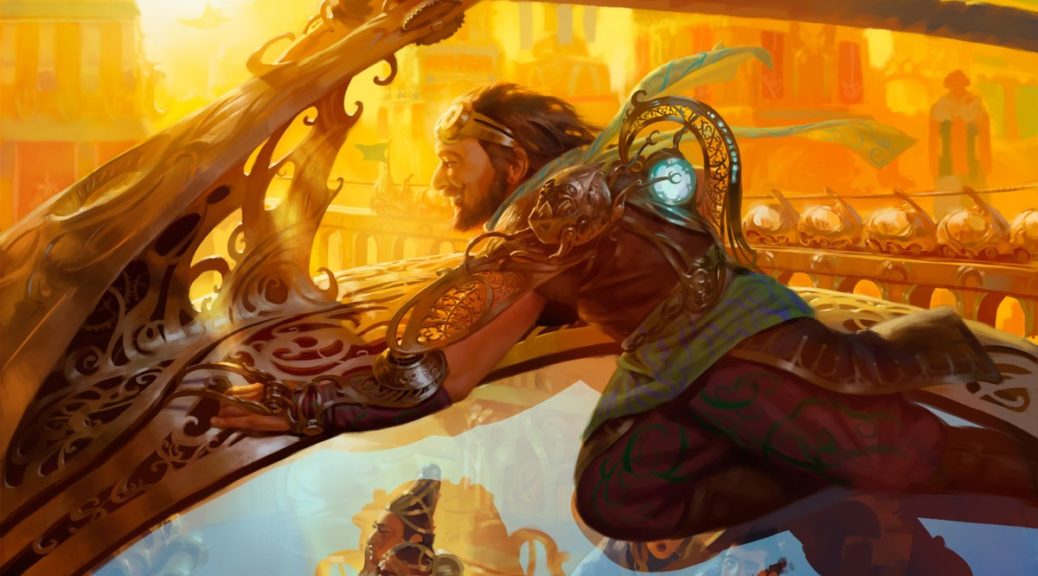 An exciting day today for Magic fans, although not in the same way it’s been for the last three weeks. We got two announcements today. The “London” mulligan rule that was previewed at the last Pro Tour is becoming permanent, with no changes, across all formats starting this summer. (We’ll talk a little bit more about that below.) Second, Netflix has announced an anime MTG project, spearheaded by the Russo brothers, of Avengers fame. Making the London mulligan rule official is going to have a quick impact on several card prices, and more over the next few months, as it settles into place, but that’s nothing compared to what the Netflix announcement could mean if the series is popular and drives a swarm of new players into the game.

Modern Horizons brought a ‘lands matter’ theme to the table, which we haven’t seen in earnest since, uh, Zendikar? And on top of that, they juiced the theme. Rioters is a legit card that will kill people in one shot, Wrenn and Six is the very first playable two-mana walker, and some of the other cards will have applications across a variety of formats as well. Inclusion of ‘lands matter’ has been well received, and between that and the cycling lands, Life from the Loam nearly doubled in price, and Lord Windgrace took the top spot as the most popular commander of the week.

With Lord Windgrace having such a great week on the back of Modern Horizons spoilers, I went looking for opportunity there, and to no surprise, I found some. Splendid Reclamation is the mass reanimation spell for lands from Eldritch Moon, a card that tickled our collective fancies when it was spoiled a few years ago. I had daydreams of it being a new and better Scapeshift, and while that hasn’t come to pass, EDH has certainly adopted the card. You’ll find it in nearly 7,000 decks on EDHREC right now, and that number will assuredly grow with each passing day.

Supply on foil Splendid Reclamations is mediumish, with about 50 or so pack foils at TCGPlayer right now, and another 20 in prerelease foils. Of course, more than half of that is at $8 or more, so some of your work is already done for you if you’re getting in at $6 or $6.50. With Windgrace’s continued popularity in EDH, where he sits in the top five or ten most popular commanders every week, and the upcoming addition of more fun ‘lands matter’ cards in Horizons, supply should start to drain at a brisk rate.

As mentioned above, WotC officially announced that the London mulligan rule is going permanent. Almost immediately Dan Fournier, talented Magic pro, MTG Fast Finance guest, and comrade made a comment that he’s glad he already has his Allosaurus Riders. When I asked him about the Allosaurus Riders/Neoform deck, his exact response was “its pretty unplayable without, and pretty unbeatable with, the london mulligan [rule].” Well, ok. It sounds like Neoform decks are going to be at the tables in the near future, at least at the outset. Will they perform? Hard to say, but that’s a strong statement from a knowledgeable player.

Given that, where do we go? There’s several components of the deck worth considering, but this isn’t a brand new concept. Allosaurus Rider spiked when Neoform was spoiled. Copies are around $10 right now, and honestly are possibly going to double, but that’s a real big gamble to take. If you’re testing the deck and finding it as good as advertised with the London mulligan rule, then by all means, jump in, but without that sort of research, I’d stay away. Chancellor of the Tangle is another potential target, but the supply runs deep. I find Eldritch Evolution to be the most appealing at the moment. It’s one of the eight combo pieces required to go off, and has significant crossover appeal with both other Modern decks, and EDH, where it’s reported in over 6,000 lists.

As the demand for Evolution is distributed, this is sort of a split play. If the Neoform deck really does see any play, we can expect these relatively affordable foils to move. At the same time, people are going to keep wanting copies for EDH, and the supply isn’t deep at all. Between those two factors, I anticipate copies bleeding off somewhere between “overnight” and “a few months.”

This is certainly the most speculative purchase on this list. Paradox Engine is absurdly popular in EDH, to the point that it may be in discussion as a possible ban target. Until it is banned though, it’s going to be in a lot of decks (13,000 as of today). It’s also a great casual card, where players perpetually live in magical christmas land.

Why talk about it today? Urza, Lord High Artificer. He well may be the strongest card in Modern Horizons for Modern, which is definitely saying something. Turning all your artifacts into mana rocks is no joke, and his Mind’s Desire ability stapled onto the card is a solid win condition, as it lets you cast every spell in your deck should you happen to find infinite mana. Oh, how do you make infinite mana? Well probably with several artifacts and Paradox Engine. It’s possible Urza may lead to another Eggs style deck, as a replacement for Krark-Clan Ironworks. Instead of building loops to sacrifice your artifacts to generate mana, you resolve Urza, tap all your Wellsprings for mana, cast Paradox Engine, resolve one more Bauble, and you’re off to the races.

On top of that there’s EDH, where Urza is going to draw a solid cross-section of Vorthos’ and Mels, who love that they finally get to have Magic’s in-universe grandfather, possibly the most iconic figure in all of Magic lore, as their commander; spikes, who see Urza as an inherently busted commander; and Johnnys, who see a cool combo card and were building some Rube Goldberg ass machines in their heads as soon as the spoiler popped up.

With a price tag of $35 to $40, buy-in is not cheap. At the same time, that price tag is supported completely on casual play and existing EDH demand. How much will Urza push Engine in two formats, one that it’s completely new to? I don’t know, but Doubling Season has been a $60+ card with a reprint or two in the past.