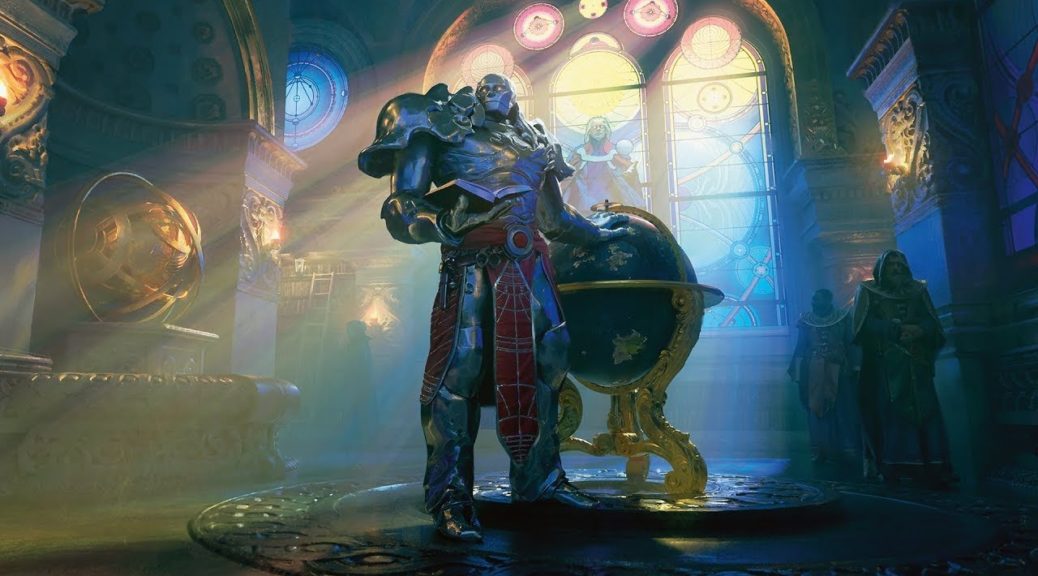 Our endless spoiler season lurches ever forward, with a slew of Magic 2020 cards having come out in the last few days, between the MPL, the planeswalker decks, and assorted sources. So far the set looks decent enough, although it’s hardly capturing hearts and minds in the way that Dominaria, or War of the Spark, or Modern Horizons did. There’s not a lot of blood flowing for the new cavalier cycle, I’ll tell you that much. Will they be decent? Possibly. Will any of them become a top tier Standard staple? Conceivable. Is anyone eager to play with them today? Not at all. Your best bet is looking at them as plants for a forthcoming Theros set that will reward devotion again.

Modern Horizons has remixed the format, if not in exactly the way we may have expected. I was looking forward to a new archetype or two, and a few more “pillar” cards that would do more to redevelop the landscape of the metagame. Mostly we didn’t get any of that, and instead got a lot of playable cards that are all adding ripples rather than waves. Of course it’s early yet, and Hogaaak is sort of ruining things at the moment, so perhaps in six months it will be like a rerelease for MH1.

Anyways, Seasoned Pyromancer. He’s a spicy meatball, which makes sense, because of the aforementioned seasoning. We’re seeing him in Mardu midrange builds, more aggressive Bedlam Reveler decks, Jund, and even Dreadhorde Arcanist strategies. I wasn’t particularly enamored with him on reveal, but he’s proven that there’s no shortage of slots that can make use of his abilities. For three mana you can have a 2/2, loot 2 cards, and 2 1/1s? Yeah alright. So long as you’re making the most of those discarded cards, that seems reasonable.

Pyromancer is doing solid duty in Modern, and it doesn’t feel like his price is matching that utility. I’m lacking a tool to tell me what cards from a specific set are doing the most work in Modern, but if I had to guess (which is what I’m doing right now), Pyromancer is one of the more useful cards from MH1. Supply is mediumish, as the set is still quite new. Many of the metrics are pointing at MH1 prices rising soon though, and I suspect Pyromancer will be one of the beneficiaries of that when it happens.

A superstar of black creatures, Nirkana Revenant has long been potent in both EDH and casual circles. It doubles mana production of swamps (of which all your lands are, thanks to Urborg, Tomb of Yawgmoth, which will also be in the deck with Yawgmoth, which is weird), a relatively uncommon feature for black decks. It also pumps itself with that boatload of mana, but, nobody is using double their black mana to give Revenant +1/+1.

One may notice that Revenant’s EDH numbers aren’t the most stunning. She’s clocking about 3400 decks, which is about as low as we tend to go when acknowledging cards for that format. The other numbers don’t lie though — Revenants were easily selling for north of $20 for two dang years. Clearly demand exists for this card outside of EDH, and enough so that it drove the price into solid $20+ territory. That’s quite good for casual demand.

Battlebond sunk prices to the current lows of roughly $6, where it seems to have bottomed out this spring. We’ll certainly see numbers on the non-foils climb over time regardless, and with Yawgmoth’s printing and a rush to mono-black decks, I expect a temporary surge as well. Plus, smart money is on Theros in the next year, which is also likely to push mono colored decks, and line up Revenant for another spike at that time.

Modern Horizons hit shelves and people started building Morontron in all its various flavors. (Which is like, a lot of flavors.) Tribal popularity comes and goes for the most part, with only a select few tribes maintaining sales a few months after a hot new commander, but Mophontrod has the unique property of getting to always be a popular tribal commander regardless of what tribe is popular what week. Did they print some cool dinosaurs again? Morpho can play that general. Slivers? To the Morpho deck. Allies? Ok nobody is playing allies, but you get the idea.

Tribal has a consistent general now, and people are going to move in that direction often. It’s great at reducing colored mana costs, but it can’t handle the pesky colorless mana. That’s where Urza’s Incubator comes in. Like Morpo, it’s colorless and tribe-agnostic, which means every single tribal deck is in the market. They were before, but now with Morpho, there’s even more of an incentive, especially since Incubator fills the other half of the equation. Between Mopo and Incubator, most of the creatures in your deck are free.

Incubator used to be fairly cheap; about $6. Then it jumped to $20 or $25; I forgot exactly why. It’s slowly lost ground since then, and appears to have bottomed out around January or February. It has since regained ground, and with the new all-purpose tribal commander, is slated to see a lot more play in the future. I can’t say for sure how fast they’ll turn around, but don’t sleep on Incubators, especially if you need any yourself.