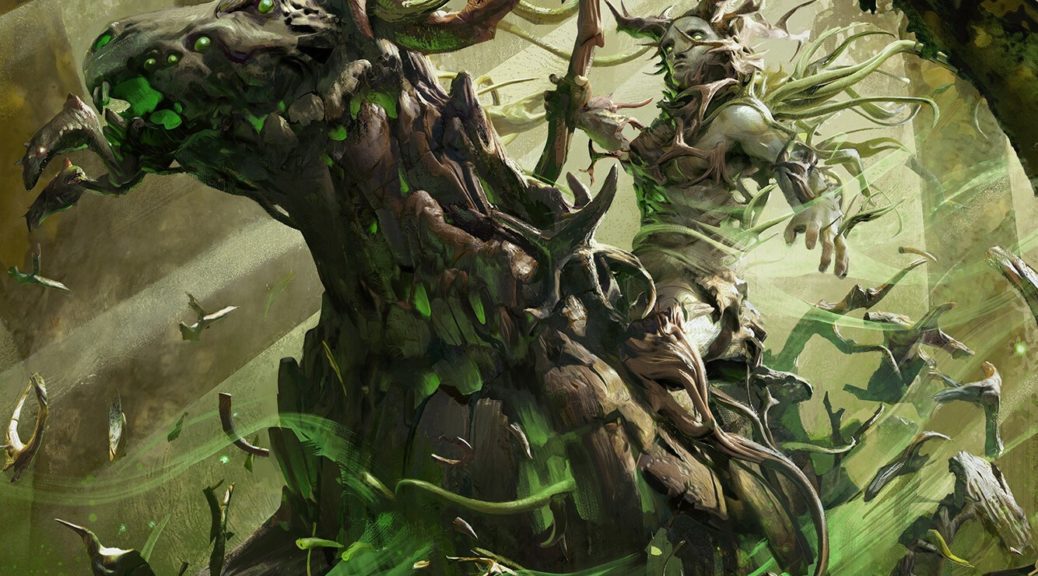 There used to be a lull at this point in a set.

Time was, prices didn’t go anywhere until after the prerelease, and people got frantic to have four copies of the new card in time for the first weekend of new Standard legality. Prices didn’t change much because people didn’t have the chance to find out what was good via testing or gameplay.

That’s no longer the case. Both Magic Arena and Magic Online have had Core Set 2020 be legal for Standard brewing all of this week, and even with a holiday in the way, there’s some very interesting early returns…

Before we get to what’s gone up or down in price, a rule I have is that I will trade everything that I open away at a prerelease if someone wants it. Almost everything in this set is going to lose value, and in some cases, a lot of value. I know that trading them now, at the moment of smallest supply, is a real winner, especially for people who just want to get that card for a Commander deck because they need the new hotness!

Omnath v3 is quite a lot of value for four mana, but people are really going haywire over what Risen Reef represents, and with very good reason. Risen Reef’s text translates to “When this or another Elemental comes into play, draw a card. If that card was a land, put it onto the field tapped.”

I realize a lot of you haven’t played with the first card that has this text: Coiling Oracle. Rest assured, this is a very powerful ability, and very much worth building around. Omnath gives two different bonuses to decks that are heavy on Elementals or on having lots of land, and fits very well as a follow-up to the Reef. Draw a card, ping something for two. Yikes indeed for a turn four play.

A rise this fast before the first paper games are played indicates that a lot of people are buying up copies, though we don’t know the optimal number yet it’s a mythic and IF the deck is real, I won’t be shocked at $15. I wasn’t interested at $7, and even less so at $10. There’s going to be some level of demand, but not enough to push Omnath much higher than $15.

Along those lines: Risen Reef has, well, risen to being $3. Please, keep a playset for yourself if you want but I’m shipping copies out as fast as I get them. It might get back up to $3 later, but it’s about to fall pretty hard.

If the Reef stays in play, this version of Chandra is a backbreaking followup. Two tokens means that at worst, you’re drawing two and playing those lands immediately.I am highly doubtful that this rare will stay this high in price, and again, I’m an immediate seller if I open any in prerelease events. I love the range of abilities on this planeswalker, and being only three mana is a very nice touch.

That emblem is a plus ability and people are going to have a tricky time adjusting to this super-powerful planeswalker. Jumping $2 in a week is heady stuff for a six-mana card in this environment, but it’s incredibly flexible and capable of solving almost any problem she may encounter. This is more expensive than I’d prefer, but it’s still going to be the chase mythic and the face of the set. Marketing will play a factor here, I think.

Lest we forget, we are still in the time of Llanowar Elf, and their triple-cousin of Llanowar Tribe. This Leyline is capable of being completely bonkers with the right combination of mana dorks, and we also have Nissa, Who Shakes the World! That’s a lot of additional mana and the question always degenerates to “what am I going to do with a boatload of mana?”

My favorite answer is currently Hydroid Krasis, but you fill in your big-mana card of choice, or just use the built-in mana sink to get the team bigger and bigger.

This has taken a real beating, having once presold above $20 and now tanking fast. People just aren’t playing it as much as hoped for. It’s good with a lot of different cards and Commander strategies. Unfortunately, even having protection from the opponent’s effect doesn’t seem to make up for the cost of two lands leaving play. As I’ve said, I’d really like for these to get cheap, and they are well on their way.

Lots of cards have fallen by a dollar or two as Arena and MTGO players start to define the metagame, and even with the rises and falls, there’s one Elemental I’m especially paying attention to:

If Risen Reef is good, how about doing it twice? There’s lots of ways to abuse this, but with Sultai already being popular, I think we’re going to see some lists running a couple of these plus a Muldrotha or two on ‘help you get out of the graveyard and start busting heads’ is going to be a frightening team.

Foils of Muldrotha are already Commander-expensive, but if you have a stomach for risk, Muldrotha might pay off well. Problem is, Muldrotha rotates out of Standard this fall. Being the commander is definitely not the way to get your card to be expensive, but the two Sultai are going to go together like peanut and jelly for a couple of months.