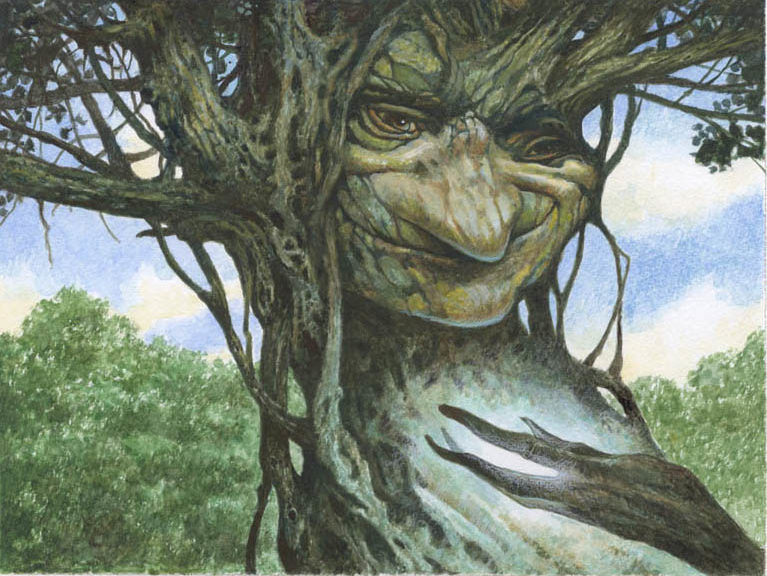 SDCC brought us a fun few days of Magic news, didn’t it? Fall’s upcoming set is Throne of Eldraine, a mix between Camelot and Brothers Grimm fairy tales, including, surprisingly, faerie tails. We’ll see gingerbread men, goldilocks, some new card type that seems to be in the vein of sagas, etc. It strikes me as a cross between Lorwyn and Innistrad, in that they basically took Lorwyn’s theme and shoved it into Innistrad’s art direction and top-down design. Should be a flavorful, resonant set. That’s only one of the announcements too. There’s also been a significant shakeup in the sealed product delivery, which you’ll need to tune into @mtgfastfinance to hear discussion of (see: complaining that it’s clear as mud).

Mini update: When I wrote the following section I got my wires mixed and combined aspects of proliferate with populate. Populate only copies one token, not any of them that you wish. Anointed Procession will still be important even with this distinction, as it doubles the efficacy of both creating the token and populating the token.

What I didn’t mention in the intro is that we know the four Commander themes: morph, madness, populate, and flashback. I’m going to hit on all but flashback today, as that one feels like the most difficult to key into. We’ll start with populate, which, if you weren’t playing during our second trip to Ravnica you may not remember, creates copies of any tokens on the battlefield. Populate, copy any number of tokens. Lots of tokens. Cool beans.

If the commander deck is built around populating, you’re going to need tokens. Cards will need to generate them, and others will populate them. You’re going to be putting a lot of tokens onto the battlefield over the course of the game. If that’s the case, you really can’t do better than Doubling Season and Anointed Procession. Of the two Procession is better positioned, since the starting price is so much lower than Season.

Let’s say you make a single zombie token, and then populate. You now have two zombie tokens. Whoopdee doo. What if you’ve got Procession in play first? Now you get two zombies on the way in. Then you populate, picking both tokens, so you put two more in. But Procession triggers again, so you put four total in. Now you’ve got six total tokens, compared to the two you would have without Procession. Each time this gets more absurd too; one more populate would get you to 4 and 18, respectively. Essentially, populate as a mechanic lets Procession work overtime, since you get the bonus on the way in for the token, and also with each populate.

Procession is already in about 12k lists on EDHREC, so people have already figured this out. There will be a rush on inventory as people start finding the precons in their hands. Despite a healthy supply, nonfoils at $12 are going to drain fast once people start picking their copies up. We could see Procession climb upwards of $20 or $30 as an already impressive demand is heartily renewed. Foils at $20 are tempting too, and don’t carry the risk of reprints that the nonfoils do.

Next on Returning Mechanic Theatre is morph. Morph’s true heyday was in Onslaught, when they printed a slew of wild cards that interact with turning creatures face up. This is in contrast to Khans of Tarkir, which brought back morph (and megamorph and manifest), but didn’t seed as many “when a creature is turned face up” mechanics. Looking through relevant cards there’s a slew of amusing options, but given that they’re from Onslaught, supply is already essentially nil. I’d love to pick Chromeshell Crab or Dream Chisel but there just aren’t any to pick. I’m going a different way then, for a card that doesn’t explicitly say “morph” on it, but plays well with the mechanic.

Ixidron is already semi-popular in the format for his ability to “wipe” the board. He doesn’t get rid of everything, of course, but he neuters your opponent’s creatures while resetting your morph abilities. His use so far is primarily in hammering your opponents. Introduction of a morph-based precon will enable the other half of his design space, which is reloading all your morph guns. Unmorph three creatures, get their payoffs, play Ixidron, turn your opponent’s boards into 2/2 tokens, and set up to unmorph your guys again. If one of them is Echo Tracer you even get to do it all again!

Short a reprint, I suspect most people tweaking the morph precon will go looking for an Ixidron copy. Supply is medium, but the two printings are Time Spiral and Commander 2014, which is to say, not recent. There’s not a major supply out there waiting to be tapped. Snagging these around $2 or $3 could set you up nicely to be looking for a $6 or $7 return in the late fall.

Grimoire of the Dead (Foil)

Madness is the third returning mechanic, and this one is definitely the odd man out of the group. While madness is certainly a potent mechanic in constructed competitive formats, it doesn’t exactly fit with the overall essence of EDH. In a format that’s all about furiously drawing cards and building massive mana reserves, discard a card to save a few mana feels out of place. I suspect we’ll see some pretty wild madness cards then, since basically all of the existing ones are certainly underpowered relative to just about anything a typical bant deck can manage.

As a theme, madness is a two-card combo: the card with madness written on it, and the effect that lets you discard the aforementioned card. All of these strategies require enablers to function. We saw it recently with Teysa, where cards that provided a sacrifice mechanic jumped. This time we’ll see discard enablers move, which is a subset of cards I’m not sure has ever undergone scrutiny within the context of EDH. Given the relative imbalance between madness cards and their enablers, I’d expect most of the meat in the precon to be in the madness cards themselves, with WotC letting existing discard outlets do a lot of the heavy lifting.

If that’s the case, Grimoire is going to look reaaaaal tasty. In the past, you’d use Grimoire to discard something you didn’t mind in your graveyard, or an excess land you had, or whatever. Basically, you didn’t profit much off the discard, you just tried to mitigate it as best as possible in the hopes of getting paid off. Now, with madness as the key mechanic, the discard is actively great. You want to tap Grimoire. And after three triggers? Why, you get to cast Rise of the Dark realms for free. Pretty dang good!

Foils don’t really exist these days, but there’s still a smattering of non-foils left floating out there at $3. Like Ixidron and Anointed Procession, if it’s not reprinted, I expect a heavy run on existing copies through the fall and winter.