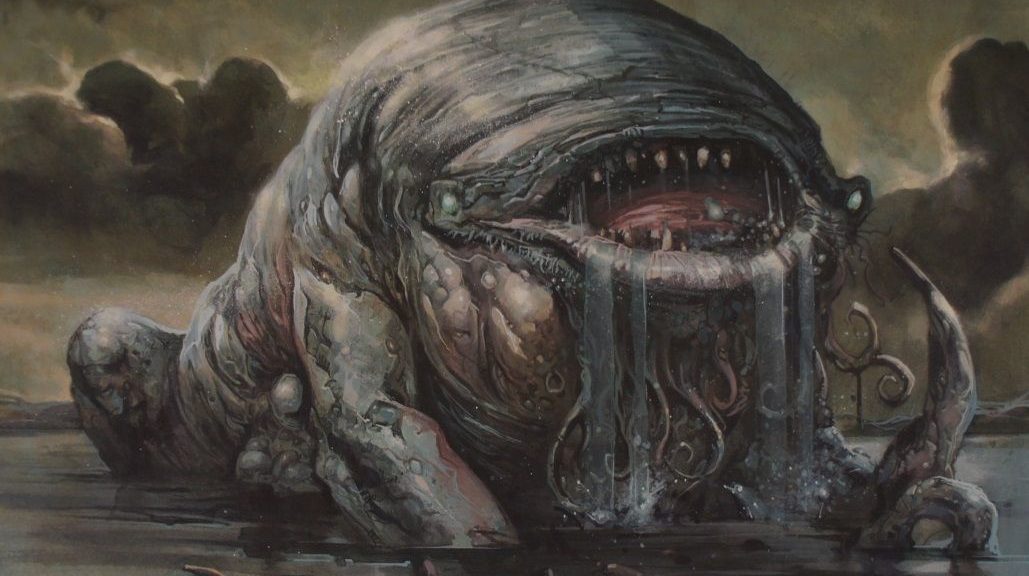 Could you imagine? Locking this article for Pro Traders only for 48 hours but I put the name of a card to spec on right in the title? Total disaster. I blame the lack of sleep I’ve gotten lately at the hands of two children who, working as a cohesive unit, are keeping me deprived of sleep more efficiently that any two professional interrogators. Despite the psychological war being waged against me, I’m possessed of enough of my mental faculties to remember that we should be looking into the future to buy stuff before it spikes. Did you buy any copies of Painter’s Servant in 2018? Then it was probably an accident but I hope you bought a lot. Did you try to buy them the day of the unbanning announcement? Sorry about your cancelled order due to “selling out on multiple platforms” or whatever nonsense they fed you. Since we have to buy far ahead, let’s do it. We’ll do it by looking at a card that people already forgot was spoiled, it’s that far ahead of the set it’s in. Like, we haven’t seen a single card from Commander 2019, so having an Eldraine card is pretty nuts. Let’s take advantage of that and use it to our… yep, no way out of this sentence without using the word “advantage” again so I’m just going to bail out and try to smoothly transition to the next paragraph without arousing any

This climbed a lot faster than I had thought it would. It’s good in basically every Green EDH deck but it’s especially good here. I wish I had called this at $1, but if you buy them now, you’re going to be saying “I’m glad I bought these under $5” rather than “I wish I had bought these under $2.” Missing stuff happens when it climbs smoothly and other cards in the set overshadow it, but people are done opening RNA and with the mythics mostly all crashing, the value has to go somewhere and, here’s it goes. Guardian Project has a vague name and a powerful effect so it has high to very high reprint risk but it’s also a dumb card that goes in a lot of decks. How many decks?

Aluren. Gettable under $20, ridiculous with Chulane, demonstrates the ability to crest the $40 mark on a repeated basis and on the Reserved List. If there was one pick for this week that I would push hard for, it’s this one. It’s not just good with Chulane, it’s insane. Whitemane Lion, Shrieking Drake and a host of other gating creatures are good with Chulane and INSANE IN THE CHULANE MEMBRANE with Aluren. Draw your deck and dump every land. Win that turn. Aluren is a card that keeps coming up and if you have copies, you may have been holding them for a while but Chulane, if it takes off, has to play this card.

I don’t know how controversial it is to say to buy a card that’s in the midst of going up because of other decks, but Curio is a likely inclusion in Chulane and since it’s climbing, you won’t be able to get them for cheap later. I think with two potential reasons to spike, we may have seen the last of this card under $20.

For one, a few months later, Vannifar is the 4th best commander in a set that doesn’t even have 5 good commanders. Vannifar was obvious but Teysa Karlov is hotter. I made a lot of money on Teysa cards and I had a much longer time to pick them up, and my selling window was longer, too. Let’s look at cards that spiked as a result of Teysa and compare the shape of their graphs to this last section of the Intruder Alarm graph.