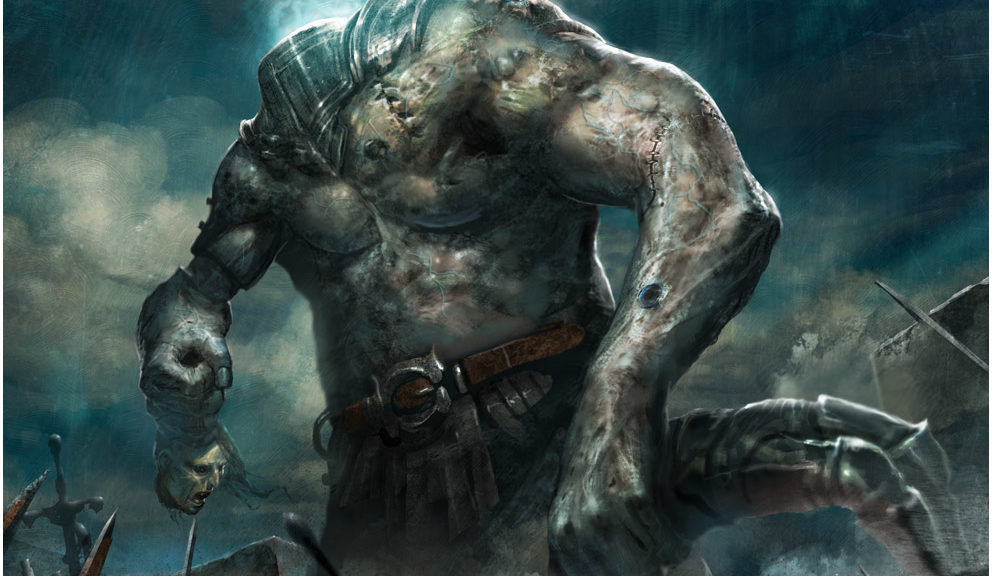 GenCon brought with it our next slate of money engines in the form of the new commanders. 2019’s mechanics were made public, intentionally or not, about a week ago, so the overall themes weren’t a surprise. The commanders themselves were new though, and there’s definitely a power level gap across the four. For my money Anje, the madness legend, is by far the most fascinating, boasting a high potential power level while not pigeonholing players into a specific course of play or experience. On the other end of the scale is Ghired, the populate commander, who I’d consider the least engaging. I ranted about him on Twitter a little bit already, but basically, you have to put your 2/5 commander into the red zone every turn, all to score a single populate trigger, that could arguably be worse than a normal populate trigger.

Anje’s really only got two lines of text;  “T: Loot,” and “if it had madness, do it again.” Whether you’re in the market to build the deck aggressively, or as a control build, or as a vampire build, it’s up to you. Truth be told, the limiting factor on Anje is the dearth of meaningful madness cards out in the wild. The mechanic has typically been designed as a low-to-the-ground cost cutting tool. There’s lots of lightning bolt approximations that only cost lightning bolt mana in the madness cost. Jumping through hoops to cast bolt in Standard might have been worth it, but EDH is a different game entirely. Here’s hoping they really go to the wall on the madness support in Anje.

Though the existing madness pool is uneven in its options, there’s a few standouts that will be locks for any Anje deck, and Big Game Hunter is one of those. His iron price is B (good) and he destroys any creature with four or more power (also good). Even his gold price is a respectable 1BB, which means the card isn’t unusable if you don’t have a madness enabler. There’s no way to build Anje that BGH isn’t going to be a useful tool in your 99, and unless every single card in Anje’s box is a competitively costed madness card, players are going to need to branch out to find more. That’s when they’ll find BGH.

BGH has just a single printing in his history, as an uncommon from Planar Chaos. That’s not a particularly deep well to draw from. Foils are sparse, and they won’t last long once the deck is in the hands of the players and they start looking for cards to add, or cards to foil. If you can scare any up at $10 or $11, I fully expect at least a double up on your investment.

Altar of the Lost (Foil)

As far as the new commanders go, I’d consider Sevinne rather bland. His immunity isn’t underwhelming, it’s just doesn’t whelm. There’s no whelming to be had. Doubling flashback spells is nifty, and we know that doubling spells is reasonably popular as is, so that will light a few fires. I would have liked to see something more fascinating than “do the thing you want to do twice,” but, ah well. There’s more flashback spoilers to come another day this week, so maybe an alt-commander will be more thrilling.

Whichever flashback commander you end up playing, you’re going to want two things: flashback spells and mana with which to cast flashback spells. Flashback costs tend to be prohibitive, so adequate mana will be key in making that deck function. There’s always your standard options; Sol Ring, Thran Dynamo, etc. Aforementioned mana rocks tend to produce colorless mana, which you accept because of the raw output. Altar of the Lost is a special case that’s rarely worth its slot, but in Sevinne decks, will be a better Worn Powerstone. Worn Powerstone is in 25,000 EDHREC lists, so a better Powerstone is going to be great in Sevinne.

Of course, Altar of the Lost is only going to be useful in flashback oriented decks, so it’s not like this is going to reach the level of play any of the other rocks do. Still, every Sevinne player will want to include a copy, and plenty should go pick up a foil as well, since they’ll be affordable. Getting in now at 50 cents may give you the opportunity to sell piecemeal at $4 or $5 each, or dump piles into buylists at $2 to $3. Either way, it’s a small ball choice that should see some real increase in demand over the next few months.

Let’s say you enjoy metal. Specifically, altering and transmuting metal into other metals. You might be inclined to call yourself an alchemist even, if you’re pushed to it. And let’s say you’ve been working hard and need to take a break. Get away from it all for awhile. Stop thinking about lead and gold. Where does one go to escape the clanging and banging of everyday life? Some sort of retreat I’d imagine. Perhaps even a refuge.

I’m fairly confident I’ve talked about Alchemist’s Refuge before in this column, perhaps more than once. I don’t know what the price was when I first started talking about it, but you know what: I still like it. Supply is extremely low, there’s still only a single foil printing, and that doesn’t look to change anytime soon. On top of that, Kadena adds a new layer to demand profile. Kadena notably says “each turn,” not “your turn.” If you’re able to play creatures at instant speed, that means you can take advantage of that three mana discount again and again. Find a way to untap that Refuge and you’re really getting paid. (And no, Aluren doesn’t work with Morph.)

Any copies you can find under $10 are basically a complete lock. Enjoy.