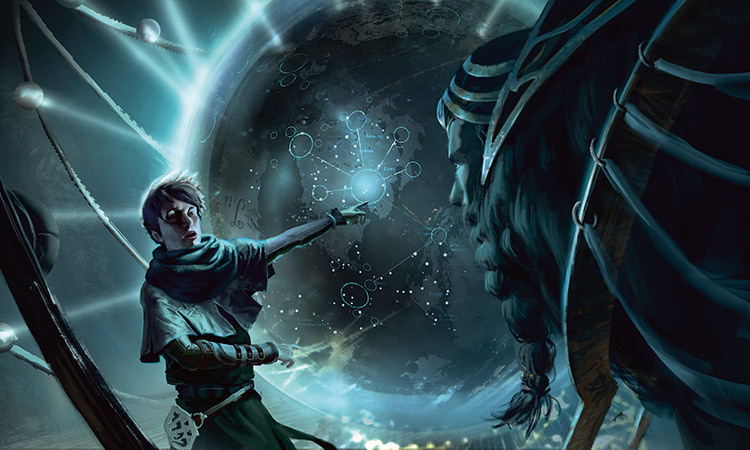 Magic has changed much over the last five years, to the extent that I’d say the delta over those five years is larger than the delta of the prior two half-decade blocks. One of the downstream impacts of these developments has been the increase of mid-summer activity. Time was that a few weeks past the core set was a dead zone, with little to no deck innovation or financial churn prior to the fall spoiler season kicking things off. You’d have two solid months to grab rares and mythics that headlined the spring’s block Pro Tour (remember those?) before upward swings began after college students began returning to campus’. Now there’s enough activity through June, July, and August to keep us plenty busy. Things may slow down in the latter half of August, with Commander spoilers finished and a new Standard tantalizing close, but even if that’s the case, two weeks is a lot shorter than two months.

As what may end up being the most popular commander out of Commander 2019, Atla was late reveal that grabbed the communities attention. Having a playable Naya legend is refreshing enough, after the seeming deluge of Sultai or Simic-based commanders we’ve had lately. Add to that that she’s a little meme-y — “eggs” — and you’ve got a recipe for someone popular. The icing on the cake is that she looks like she’s actually both good and fun; capable of generating a stream of random gigantic monsters.

Mechanically, there’s several things to focus on with Atla. Certainly populate, which is the whole theme of the Naya deck this year. Haste is going to be relevant, both for Atla and the stream of monsters she’ll enable. Some sort of self-damaging or sacrifice mechanic will be important as a way to chew through your eggs, and creature-type changing is excellent as well, since it lets you make every creature on your board an egg, perfect in the face of a wrath. (My secret tech recommendation for the deck is Aether Flash.)

It’s the haste that I first spied on Samut that caught my attention, and the untap ability that sold me. Samut will give Atla and all your egg hatches haste with which to attack or use abilities immediately, and being able to untap Atla for a second pass is gravy. She’s even a creature, rather than another card type, which means Atla can flip you into Samut, who can then immediately untap Atla for another pass. Sounds good to me.

Foils of Samut are where to look for now, since the non-foil supply is too deep, and there’s not enough additional demand from other sources. You can sneak in at $2.50 to $3.50 depending on where you look, which is just about the absolute floor of foil mythics. I’m expecting a slower burn here, since we’re several weeks away from Atla actually landing in players’ hands, and the turnaround after that won’t be immediate. The utility is there though, and we could see $10+ foil Samuts eventually.

C19 Commanders are the talk of the town this week, but Golos remains in the top slot for the time being. Even once C19 hits shelves, Golos should remain popular. He’s a better Solemn Simulacrum that lets you play every spell in Magic, and doesn’t push you towards anything specific other than “have lands” and “play large cool spells.” This flexibility should ensure Golos is popular for quite some time.

A relatively popular creature in Golos is Eldrazi Displacer, which to be honest, I wouldn’t have guessed. Sure flickering Golos is good, but like, run Displacer just to flicker him good? It must be that flickering Golos is only part of the equation. Displacer lets you flicker all your other creatures — I notice Avenger of Zendikar one slot to the right — and acts as a slightly more expensive Maze of Ith, with the potential to scale up to multiple targets. Really, Displacer is just a powerful, flexible card, and I’m sure Yarok players curse the white mana symbol.

Displacer is great because unlike Samut, which has recently been activated by Atla, it’s already good. Displacer is in over 4,000 EDHREC lists which, while not a particularly impressive amount, reveals that there is at least a base of demand. Additionally, you’ll find Displacer is popular in Modern Hatebear style lists, which while quiet at the moment in the face of Hogaak, have been in the format for almost ever, and will continue to be so.

Foils land in the $6 to $7 range today, with a reasonably healthy supply. Hatebears will continue to apply pressure, albeit slowly. Golos might turn that attrition up a bit though, and the open endedness means that every spoiler season brings forth the possibility of something busting it. (Zacama and Displacer is infinite mana, for example, and Zacama is suddenly seeing a lot of play in early Atla decks. Will Displacer start showing up there too?)

Atla isn’t the only commander to upset the package face general. Elsha appears to be a considerably more popular Jeskai commander than Sevinne is so far. Elsha, you’ll recall, basically has Future Sight in the text box, along with Prowess for good measure. As such she’ll be something of a storm deck; perhaps not exactly so, in that it’s not trying to win with Grapeshot, but Elsha players will certainly be in the market to jam piles of spells every turn.

Elsha lets you play noncreature nonland cards, which means it includes artifacts, enchantments, and planeswalkers in addition to instants and sorceries. I’ve no doubt that artifacts will find their way into the mix often, but there’s no question instants and sorceries will be far and away the most popular card time to chain together. As such, Jace’s Sanctum is going to do some heavy lifting. Since the deck is going to be a pseudo-combo deck in many instances, cards that allow you to set up to have a big turn down the road will be effective. Sanctum accomplishes this by saving you a mana on nearly all the spells you play, which means that for your four mana investment you could end up easily saving 10 or even 20 mana down the road. If that weren’t enough, the scry also means that you’ll be able to keep lands and creatures off the top of your deck as you go off, which is exactly what an Elsha deck is going to be looking for. Saving mana and fixing the top of the deck is basically everything an Elsha deck needs.

With the only foil printing from Magic Origins, supply has had plenty of time to drain. You’ll pay $4 to $6 today for a copy, but there aren’t many left at all. And since the non-foils are in the precon, there’s a whole lot of people about to be introduced to how potent this card is in their deck. We’ll be looking at $10 to $15 foils of Sanctum within six months, I’d wager.