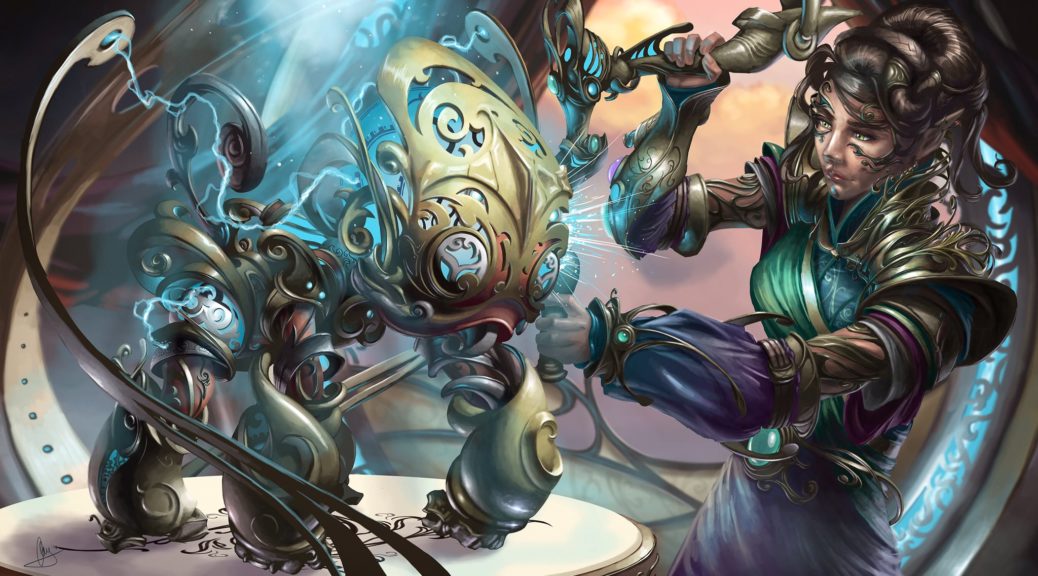 Well, how’s that for a changeup in Standard? Three green cards in one fell swoop is staggering, to be honest. Standard bans are almost always one or two cards at a time, and rarely within the same color. For green to show up to Standard with not just one, but three cards that so violate the rules, is unlike any other event in Magic’s history, really. Many of us remember Darksteel as the most uproarious Standard upset ever, but I wouldn’t be surprised if this ends up wresting that throne away over the next few years. With such a major change it’s hard to even know where to turn for possible specs; we’ll need Magic Arena and the pros to give us an idea of how things shape up from here.

Since the Pioneer B&R list isn’t out at the time of writing, I’m going to focus more on EDH this week. Over in that world, it turns out that the Throne of Eldraine commanders have been holding steady in the top deck slots, with Korvold, Fae-Cursed King clocking more than twice as many Atraxa decks. Alela, Artful Provocateur, Kenrith, the Returned King, and Chulane, Teller of Tales round out four of the top five, with Golos, Tireless Pilgrim sneaking in at third. Even Syr Gwin, Hero of Ashvale is holding steady in sixth. It’s impressive how long this new set of commanders has remained the most popular in the format.

I made a point of dipping into the lands today to see what we could find, and unsurprisingly, I didn’t come out empty handed. Blighted Woodland jumped out at me, with nearly 16,000 lists under its belt. Woodland ticks several boxes; it ramps your mana, it’s a land you can use right away, it fixes your colors, you get to sacrifice a permanent, and it’s recurrable with Loam and other effects, among other benefits. It may not be the sexiest EDH card, but there’s no denying that it does a lot of things players want in a land slot.

As an uncommon from Battle for Zendikar, there’s been sufficient supply to keep prices suppressed for awhile. BFZ sold a lot of packs, after all. Now we’re at a point where there isn’t much more than 30 foil copies left on TCG, with prices starting around $3.50 to $4. Prices head into the $6 range quickly, and then simply run out. With one foil printing, expect this to continue draining, with low chances of a reprint on the horizon.

Rhythm of the Wild (Foil)

There’s no question that Smothering Tithe is the best card out of Ravnica Allegiance, by a significant margin. That card has become as iconic as Doubling Season almost overnight. Quietly behind it in second place is Rhythm of the Wild, with almost 8,000 lists on record. That’s a surprisingly high number, especially considering the sets adjacent to RNA. Other than Tithe, there are like three Standard expansion cards with printed after the Amonkhet block with more play than Rhythm. This is more impressive when it’s noted that Rhythm is a two color card, having landed in, if I’m reading EDHREC properly, 30% of all RG(x) decks that have been created since the card was printed.

Rhythm does a lot for its caster. Disabling counterspells alone can be tremendous against certain decks, invalidating entire defensive strategies from some decks, and irking others. At the same time, Riot gives your creatures haste where they most need it — mana dorks, important activated abilities, opportune turns for attack — and power where haste isn’t necessary. And not just power either, but a +1/+1 counter, which can be further manipulated and improved. All of this isn’t restricted to EDH either. We’ve seen it in both Modern and Pioneer, and it’s not unbelievable to see this becoming a tier two or three card in the latter. I mean, it turns your Incubation Druids into reusable Black Lotus’. T1 dork, T2 Rhythm, T3 double Incubation Druid means you’ve got 11 mana on turn four — and whatever creature you cast will have riot.

There’s roughly 30 vendors of foil Rhythms on TCG as well, although one of the vendors has a 25 copy wall at $10. Given these prices, this stock, and how fresh Rhythm is, watch to see these get picked off fairly aggressively over the next several months. Those 25 $10 copies don’t need to be bought out fully before the lowest price ends up at $15.

Ok, I can’t resist dipping my toe into Pioneer. I don’t know yet what’s getting banned and what isn’t, but given this Standard upset, I have some suspicions. Assuming something green gets banned Pioneer is going to get a good shakeup going, and everyone camping out on Nykthos decks may need to look elsewhere. As an old fan of Cheerios in Modern, seeing the deck pop up in Pioneer brought warmth to my cold steel heart.

Pioneer Cheerios has a similar build to Modern, with a couple missing pieces. Puresteel Paladin and Mox Opal are gone, so the power level is certainly deflated. In their place you have Sram and Mox Amber, though Amber is leaned on less heavily than one might expect. Your other main vector of attack than Sram is Monastery Mentor, a tool that Modern cheerios used occasionally. Two Sai, Master Thopterists round out the build, providing a slightly less combo-y line of attack than the Modern build. Paradoxical Outcome and Reverse Engineer hold the shell together, providing some potent card draw in a deck full of 0s and 10s. I personally find myself wondering about moving up to the four full Ambers and adding Emry, but I’m writing finance articles, not strategy, so probably best not to listen to me on that.

For the privilege of owning a foil Sram you’ll pay about $4. There’s only 16 people selling copies on TCG today, though you’ll find 45 at CFB. Beyond that lump it’s slim pickings, and while that represents 11 full decks worth of foils, that’s really not a significant amount of cards when you consider the scale of hunger for Pioneer cards across the world. We haven’t had a true combo deck in Pioneer emerge yet, especially now that Felidar is banned. Is Cheerios going to be the first to make its mark?[/hide]