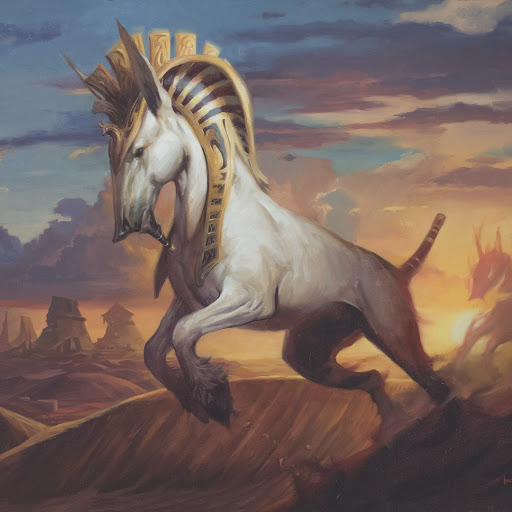 Not all of mtg finance is sexy. When people message me asking what to spec on to double their investment and I tell them to buy collections near buylist prices and sell them for retail on TCG Player or eBay to clear a profit, minus fees, materials and labor, they’re disappointed. I make the majority of my money doing the kind of boring mtg finance stuff that only needs one article ever – “buy collections and sell them for more than you paid for them.” “How to replicate having a job that doesn’t pay you health insurance by being your own boss and doing repetitive labor.” It’s not sexy how I make money, but it is steady. However, speccing IS very sexy and that’s why we write lots of articles about it. It’s a fun way to supplement to monotonous grind of processing cards by the tens or hundreds of thousands every week.

This really shrugged off that reprint. The Dragon deck retailing for like $200 probably has something to do with that. This card is absurd in Heliod decks – by “fair card” standards anyway. You still have to attack with a creature, albeit a flying one that has counters for days.

Note to self – it takes a minute, but lifegain stuff recovers from a reprinting better than almost any kind of card.