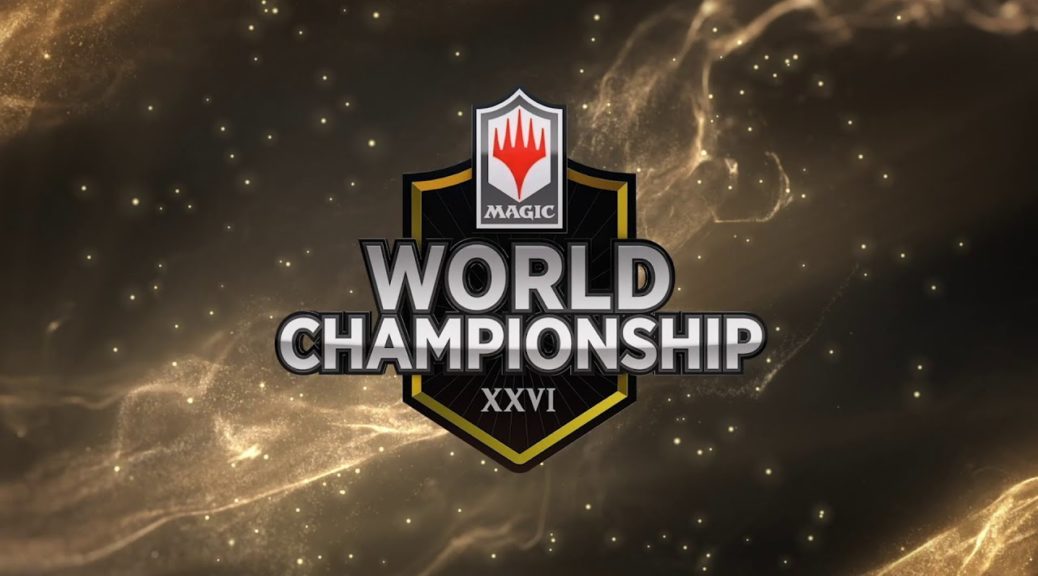 We have the decklists for the Mythic Championship XXVI 2020, and it’s wonderful to have such a concise list of what’s good in the eyes of the pros. Standard is not solved but there are clear tiers of decks, and it’s not a rock-paper-scissors sort of arrangement.

Let’s take a look at the archetypes and the potential for growth in each.

I’ve written about it before, but we’re coming into the time when I want to make sure I’m not holding excesses of cards that are about to rotate and don’t see Eternal play. If it’s good in Pioneer/Modern/Legacy/Commander I’ll think about keeping extra copies, but this dataset is more geared towards the next eight months of Standard.

The metagame is neatly sliced up, with only Piotr Glogowski ruining what would have been four groups of four:

That’s a beautiful chart, and gives us five archetypes to look at. If you go to the official page and scroll past this graphic, you’ll see a breakdown of which cards are played most. As you can imagine, there’s a lot of 16s in there, but there are a few cards getting more play than that:

A four-of in the Mono-Red Aggro and a three-or-four-of in Jeskai Fires, there’s a lot to love here. It’s marvelous value, giving you a kill spell and then a no-drawback 4/3 creature. I don’t need to convince you that is a good combination, but that’s two rather different archetypes that are packing high quantities of the card. Jeskai Fires could be playing Shock for mana efficiency, but they chose the Giant for flexibility. It’s wonderful to see a card that’s good in mono-red and good against mono-red!

What I’m really impressed by is that this card has until October of 2021 to make waves in Standard. I’m in. I’m advocating you get your copies now because by the end of the weekend it’ll be pushing $5. What’s the upper end for this? It’s played heavily in Pioneer too, a format that can’t be any hotter, so getting in now around $4 and getting out at $10 next Christmas seems quite likely.

This card is already spiking and I apologize if these prices are no longer available.

The big thing here is that it’s a fun card in mono-red but it’s part of a semi-transformational package for the Jeskai Fires decks. Sometimes you need the 2/2 for two, as a blocker or as a Teferi-killer with that haste. This is a mythic getting played in high amounts, and that’s a formula for very high prices.

Robber could have been had for $2 just a few weeks ago, but that ship has sailed. This isn’t getting Eternal play like Bonecrusher is, but being a mythic is going to mean this card likely breaks $10 if aggro wins this event or Fires makes it look like a key card after sideboarding. The wonderful news is that you’ve got a long time for it to get good, but this is much more of a quick flip. If you can get your LGS to sell you their copies before the flood of publicity, great, but this is a card that’s going to rise and fall with the metagame.

Yup, the time to buy in was Halloween, when we were all wondering why this was a mythic and not a rare. Ouch.

BB has a lot of game outside Standard, and that’s driving the price of the more ornate versions. When something makes it into Legacy Delver lists, you know it’s a paragon of efficiency. Allow me to quote-tweet Autumn Burchett here:

Having the flexibility on both sides is key, and it appears we’re not all evaluating Adventure cards with an eye towards the built-in card advantage. It’s not card to get a full card out of the bounce effect, and then you get a 3/1 flyer whenever you want. With flash, even!

I like this to go higher, but I’m not sure how high it can go. Forty bucks seems like the highest it might get to, but the amount of Eternal play this sees makes me feel pretty good about buying a couple playsets right now. Even if it never gets to lofty heights in the next 18 months, I’ll feel good about the long-term prospects.

It is hard to argue with the efficiency of this card. He’s exceedingly annoying for decks that want to do things sneaky-fast, and he’s capable of protecting himself while drawing you a card. It’s nigh impossible to be behind on cards when you drop him into play, and if you want, you can even draw a card on an empty board!

Teferi’s power is evident in every format, and even though this is the time where you want to be unloading extra copies, I’m stoked to buy up copies in the summer. I’m hoping he falls as low as $7, but that’s probably too optimistic for someone seeing as much play as Teferi does.

I think the stained glass version has room to grow. It’s $40 less than the Japanese alternate art foil, and I can’t imagine there’s too many stained glass in circulation. It’s hard to get that level of growth, so the safer play is just to sit tight and wait on Teferi. I do not advocate buying in at the $20 range for regular copies right now, though: you’ll have a long wait for those to get profitable.

I picked this back in December on MTG Fast Finance, and the reasoning remains the same: It’s super popular in Standard and Pioneer, the only fetchland in either format. There’s probably not going to be much growth on this before rotation in the fall, when we lose shocklands and one set of temples. Yes, we’re going to get some form of dual lands in the sets to come, but Passage is super popular and something I want to have in stock.

Mystical Dispute ($3/$7) is actually the most popular nonland at the Championship, and I’m pretty sure that the foil isn’t done growing in price. It’s already a $3 uncommon, and is wildly popular in Pioneer to so with all the Standard play it’s seeing. I don’t think you’ll be able to gain much profit from it, but if you have some foils (or nonfoils) I’m holding on. Remember that Eldraine rotates in a year and a half, so you’re going to have a chance at some even greater gains.