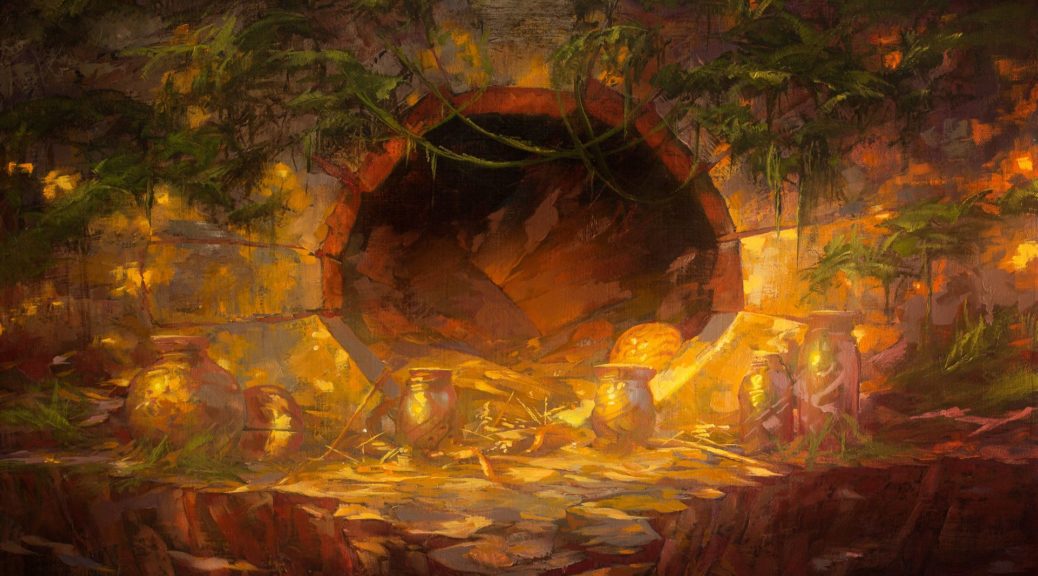 Modern has been taking a bit of a back seat recently, with the main spotlight having been on Pioneer for a while now. Despite this, there are still Modern tournaments going on and the format is still moving prices, if somewhat more slowly than it used to. There is also a certain amount of overlap between the formats and their archetypes, and so finding the cards that are being heavily used in both is sure to be a winning strategy.

Pretty much right from the release of War of the Spark, Karn started to do big things in Modern. He was immediately a four-of in Eldrazi Tron and has since been a consistent pillar of the deck, whilst also popping up in some other archetypes too. Since the banning of Mycosynth Lattice, the deck has dropped in power level slightly – but it’s still putting up some reasonable results and shouldn’t be dismissed by any means.

In the past couple of weeks, a new Karn deck has been emerging: Dice Factory. The deck gets its name from the sheer number of dice you need to keep track of all the charge counters you accumulate across your board, using cards like Surge Node and Coretapper to power up the likes of Astral Cornucopia. The deck can then use Paradox Engine with Mystic Forge to play most of your deck, generate a huge amount of mana and fetch a Walking Ballista from the sideboard to ping your opponent to death.

Karn has also now started to show up in Pioneer lists too, like this one from Twitch streamer Aspiringspike. Having easy access key sideboard cards like Damping Sphere, Pithing Needle and Tormod’s Crypt can be crucial in matchups against Breach and Inverter combo, whilst also just being a fast aggressive ramp deck on top of that.

The main point I want to make here is that Karn is a very powerful Magic card that can quite easily slot into a lot of different archetypes where you might not normally expect him, and I think he has a lot of potential in multiple formats going forwards. At $4.50 I don’t think he’ll get any cheaper than this, so pick some copies up now and I think they’ll easily land upwards of $10 in 12 months, maybe sooner.

When Modern Horizons was released last year, Ranger-Captain of Eos was one of the more hyped up mythics, along a similar vein to Seasoned Pyromancer. Initially, Ranger-Captain saw play in Death’s Shadow variants (being able to search up the namesake card and protect against removal etc.), as well as sometimes being adopted into Humans. However, since the inception of the Pioneer format, Modern has somewhat taken a back seat and this has had a negative effect on a lot of card values, especially those from Modern Horizons.

There is renewed hope for Ranger-Captain of Eos though! There has been a lot of debate about how good the Heliod/Walking Ballista combo is in both Modern and Pioneer, but the deck has been putting up solid results in Modern so far. Ranger-Captain can go and find Ballista whilst also protecting the combo, with some lists also playing a Viscera Seer for another avenue of infinite life.

Ranger-Captain has seen a slight uptick due to its inclusion in these decks, and I think it has further to run. The Heliod deck has proven itself to be a player in Modern, and we could see Death’s Shadow and Humans run it back with the Captain at some point. Supply on these isn’t too deep considering they’ll generally be picked up a playset at a time, and this might be a slightly longer hold depending on how many other Modern decks it can find a spot in, but on a 12-24 month horizon (hah, get it?), it’s a card that definitely shows promise.

Merchant of the Vale (Showcase)

To round off today’s Modern picks, we’re taking a look at Showcase Merchant of the Vales. The Haggle side of it may only be a poor man’s Faithless Looting, but it’s one of the best options that Modern Dredge has access to at the moment, and Dredge has quietly been putting up some good results recently.

I’m slightly of the opinion that Dredge is never really going to die, short of Wizards actually just banning the mechanic itself. Time and time again they’ve taken cards away from Dredge (Grave-Troll twice, Looting, and you might count Hogaak and Bridge from Below in that list), but it just keeps bouncing back. Merchant of the Vale has replaced Faithless Looting, and lists are now all playing a couple of Ox of Agonas as well as another draw/dredge engine.

An interesting point to note about common Showcase cards from Throne of Eldraine is that they don’t show up in regular booster packs. The non-foil commons were only available from the Collector Boosters, which means that they’re a lot more scarce than they otherwise might be. Although this means that the foil multiplier is lower than normal, the non-foils are generally more attractive for tournament play, and this means that they will most likely be in much higher demand than the foils, even if the foils aren’t costing much more.

Starting at just under a dollar, I can see this as a decent buylist play a little way down the road. Pick up the copies you can find between $0.50 and $1.50, and I can see buylists hitting $3 in a year or two.