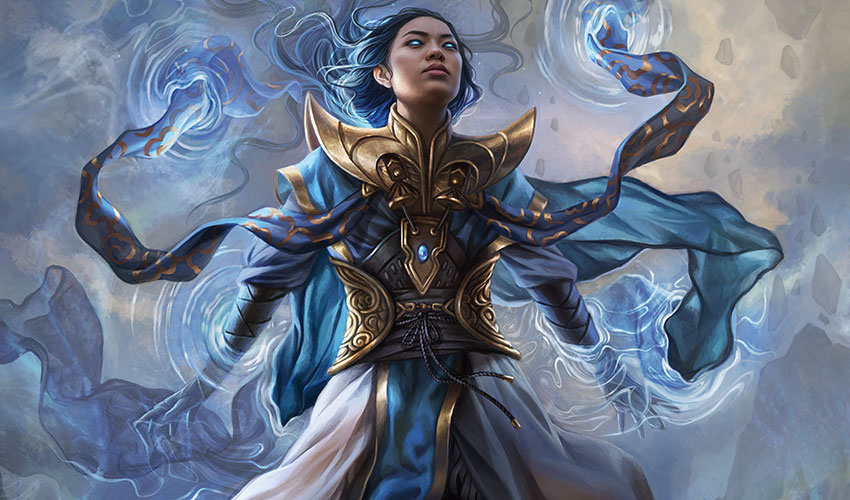 EDHREC has a feature that I just noticed and I think it will be useful. Look, it’s either this or we dig into how useful the new Purphoros will be at making cards go up and it’s just not built that much. I like it – having a Sneak Attack on a stick seems good to me. I also think we’re at a weird limbo point where we’re about out of cards to talk about from the most recent set and the next set isn’t out yet. That’s usually where I struggle for article topics and do my best work. Let’s get into it, shall we?

At the top of the Top 100 cards page on EDHREC, I noticed something new. Have you spotted it? Here’s some help.

Since EDHREC has limited the data to the past 2 years, it’s been a little easier to see what is trending. A lot of the “noise” from monolithic, historical decks like Oloro is gone and the signal is clearer. Yes, we’d like a bird’s eye view of EDH as a whole, but since my deal is I want to see trends before they become rules, having less data to parse is better for me. It’s better for us, really, since you’re reading this and I presume wants to use my method to make some money. Since we can see the Top 100 cards of the Week, Month and Past 2 years, let’s do that. Remember that card list comparison tool I used? Well, you’re going to get to see it again.

Click the “layout” button on the right side of the screen to change to text and copy the lists into the list tool. Do this along with me if you want – there will be things you can click on that I won’t click on that might be interesting for you. Here are the results.

Seedborn Muse and Idyllic Tutor are in the top 100 the last week.

Muse seems to be recovering from its last printing in C19 and I think it could flirt with $10 again, something Legions copies are doing already. Reprint risk is high, but I like this as a pick-up and it’s trending this week specifically.

The reprint obviously hurt the price of this card but the original art is still worth 4 times as much as the new art, so that’s something. I think at $3 or $4, Idyllic Tutor is a good pickup as well. I’m pretty bullish on both, and I’m glad I could cut through the noise and see that these cards are popular this week.

The card in the Top 100 this month but not this week or the last 2 years is Bedevil. That seems like it points to a decline in the popularity of Kroxa lately, which makes sense. People were building Kroxa more two weeks ago than they are now. I don’t like Bedevil at its current price per se, but it’s worth bringing up anyway.

The list that is in the top 100 the last 2 years but not the last month or week bears a look.

Of those, Blood Artist is pretty surprising given the popularity of Korvold decks. Avenger of Zendikar shows that there hasn’t been a landfall commander in more than a month, which jives. Crackling Doom shows that Ser Gwyn decks are falling off but that Mardu cards are popular when there is an interesting deck to put them in. There was a Mardu commander deck recently but nothing super good in the last month. Some of these cards are kind of interesting. For these to get left out, there have to have been cards that replaced them. Let’s look at the cards that were just in the last month and week.

These are cards that are new and have bumped older cards out of the Top 100. These all make sense to an extent. I don’t know that there’s much money to be made here, but one or two of these deserve some coverage.

Every card in War of the Spark is currently worth $3. Uncommon walkers, good removal, mythics – it doesn’t matter. I don’t expect that to hold the farther we get from the box printing, which makes me wonder which cards will pull away from the pack. We have data to look at.

Here is the top 25 cards in War of the Spark, sorted by EDH play. Dovin’s Veto at #1 is kind of surprising, honestly. Despark, Time Wipe, Citadel, Reversal and Casualties are all cards to watch. With 5 cards from War of the Spark in the Top 100 this week, we are liable to see some moves. Foil Dovin’s Veto? Despark? I’m not sure, but barring a reprint, the risk of which I think is pretty low, I like Narset’s Reversal a lot, as well as Despark, Time Wipe and Casualties of War. Cards from War of the Spark are going to climb and with all of the Planeswalkers, sealed boxes of War of the Spark could end up pretty insane since there are a lot of cards that could end up going up.

That does it for me this week. Join me next week where I’ll be looking for a few more data sets to analyze and talking about Throne of Eldraine cards that are already making a big splash. Until next time!