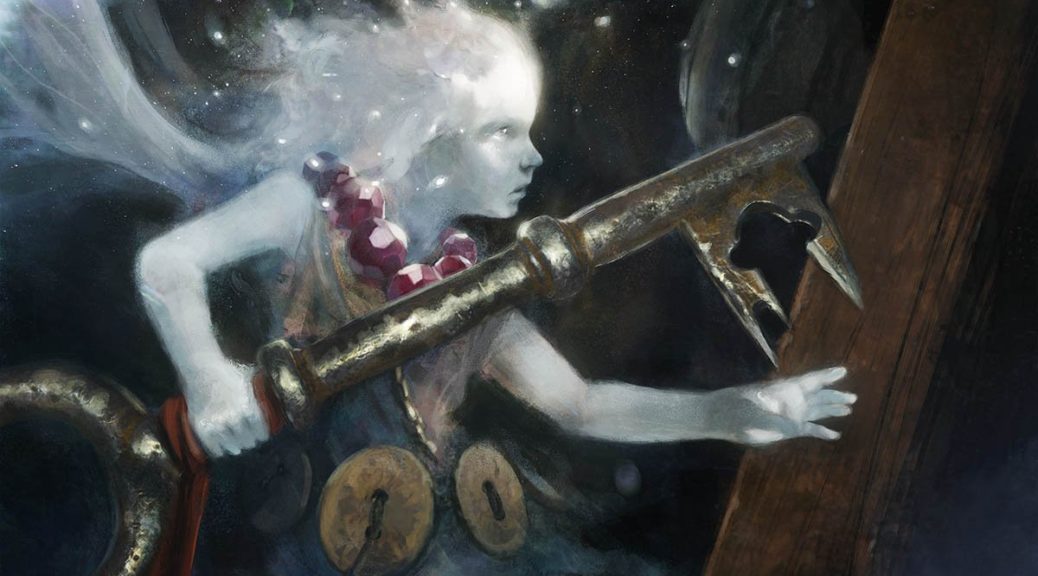 Yeah, it’s an over-used title and a worn-out trope, but what are you gonna do? Not read the article? Didn’t think so.

Anyway, there’s often a lot of discourse over foils in Magic, especially when it comes to competitive play. Foils can warp and thus be seen as marked cards, particularly if only certain parts of a deck are foil, and apparently this dissuades many people from foiling out decks. However, I think this complication is always made out to be more of an issue than it actually is. Countless players from all levels of competition foil out their decks without any problems, and we only really hear about the small number of cases where someone has come a cropper with bendy cardboard. Admittedly certain print runs (looking at you, FTV) are much worse than others, but for the most part there will be an alternative foil available.

I could ramble on for a while about this, but what I’m trying to say is that foils are fine, and they generally make better picks from a finance perspective, so here we go.

Once a force to be reckoned with back in its Standard days (so much so that the UW flash deck it occupied had to be taken down a notch by the banning of Reflector Mage), Spell Queller has since found a home first in Modern, and now Pioneer. Spirits is a deck that has waxed and waned from the Modern scene ever since it became a ‘real deck’ when Supreme Phantom was printed in M19, and has put up some decent results over that time. Spell Queller has deservedly always been a four-of in the archetype, and now that Spirits is doing well in Pioneer too, the deck has become very popular and lots of players need to pick up their spooks.

Spell Queller foils did see an inevitable spike after the Pioneer format was announced, but have since retraced and are in a nice spot to pick some copies up. Supply is low at just 22 vendors on TCGPlayer, with an additional nine prerelease listings. Starting at $25 there’s a nice ramp up towards $40, and with this just being a single printing foil that I don’t expect to see crop up again any time soon, the market price on these will climb pretty quickly once the cheaper singles get snapped up.

I remember when Assassin’s Trophy was previewed 18 months or so ago, and oh boy do Magic players love their hyperbole. It was to finally be the end of Tron; Jund would be the best deck in Modern by a mile and it was just such a powerful card! Of course, nothing of the sort happened. Instead, Assassin’s Trophy was adopted in reasonable numbers into GB decks in Modern, has seen decent play in Standard and is a useful card in Pioneer.

Although it’ll be rotating out of Standard relatively soon, the Modern and Pioneer play coupled with a significant amount of EDH adoption (almost 13k decks, 18% of all possible decks) makes Assassin’s Trophy a cross-format all-star. Well, maybe I’m being a tad hyperbolic there, but the card’s definitely popular. You’ll find it in basically any deck that can cast it in Modern (albeit sometimes just relegated to the sideboard), and Sultai Delirium and Golgari Stompy are taking advantage of it in Pioneer.

Trophy actually follows a very similar price and stock level to that of the aforementioned Spell Queller, with 33 listings starting at $25 and ramping up nicely. This one does have the additional promo pack foil version to compete with, but I think all copies are heading upwards and should land around $40 in 6-9 months.

I’m rounding off today’s picks with a more pricey card than normal – foil Japanese alternate art Ugin, the Ineffable. These alternate art cards have been in very low supply since War of the Spark was released, and we’re not getting any more of it.

New-gin has become one of the tools of choice for Eldrazi Tron in Modern, usually just as two to three copies but pretty much always a player in the deck. He might not be as innately powerful as Old-gin (yeah that doesn’t really work does it?), but he comes down earlier, can still blow stuff up and helps to power out the rest of your colourless spells too.

I was actually quite surprised by the level of EDH inclusion for this card – a touch under 8000 decks, which puts it well into the top ten cards from War of the Spark (and it’s definitely got some tough competition). I guess it being colourless means that players can drop it into any deck, but it is of course most popular with the colourless commanders.

With a grand total of fourteen foil copies available on TCGPlayer, I think that $55 is a lower price than it should be for this card. I doubt we’ll see another printing of these alternate art cards for a very long time, if ever, and so although this could be a longer hold (12-24 months), I’ll be damned if it doesn’t get there sooner or later. If you wanted to go for the extra extra pimp level, there are only five copies of the alt art prerelease foils on TCG, ranging from $92 to $150 – and those ones are super ultra rare.