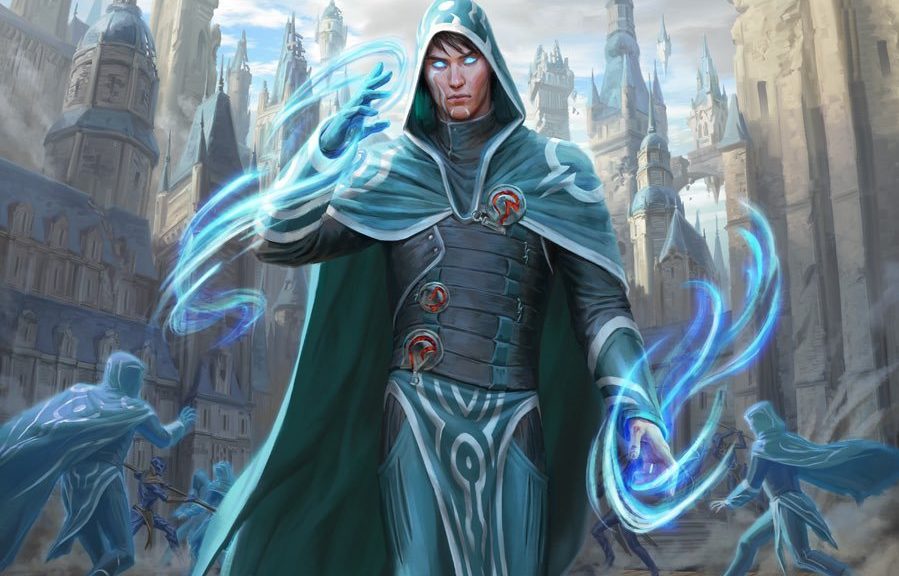 middle of a paragraph. No time for that today, we have EV to discuss.

If you go to the website Dawnglare (I just learned today it wasn’t spelled “Dong Lair” and now I’m disappointed) you’ll see box EV for each set, which is a bit misleading for a few reasons I’ll get into. First of all, they don’t count foils. They don’t count foils for any of the sets, so it’s even, but it also doesn’t accurately tell you the ceiling for boxes. Danwglare if very much a worst case scenario for the EV over about 12 boxes or so if you don’t get any sexy foils rares or chase uncommons. Considering foil Veil of Summer is the most expensive card in Core Set 2020 and you have a fairly decent shot at cracking one of those in 12 boxes, it seems silly to always omit foils. Dawnglare ignores a lot of factors but what it’s very useful for is comparing sets heads-up. That’s the first stop on our journey today.

These are the approximate values in cards you’ll get if you bust an average box of each set, and while averages can be misleading, comparing them to each other seems fine since the average is basically equally misleading for any given set. Foils will throw this way off, but you can’t bank on getting good foils so I’m fine ignoring them for the sake of our exercise. Besides, since we are thinking about which sets will have singles we’ll want to buy, foils won’t matter unless we plan to buy foils.

Since people are redeeming fewer sets on MODO than they used to, the price of a box isn’t as enforceable as it used to be. Set EV used to be fairly rigid because if the EV of a full set got to be too high, people would just buy in on MODO, cash out and redeem the set, putting more paper copies into the market and satiating some of the demand. It wasn’t QUITE as efficient in practice as in sentence form but it was a system that worked. Sets like Dragon’s Maze were redeemed less because it wasn’t worth bothering and it kept the price of Voice of Resurgence from tanking. Sets with a ton of value were redeemed more and there was more supply. Absent MODO redemption and before weird stuff like collector’s boosters and other wackiness, we can at least look at why these numbers are the way they are. We can use MTG Price to zoom in on individual sets.

We’ll be looking for whether the value is spread out or concentrated. If it’s concentrated, the packs are bad because anything that doesn’t have the chase card in it is worthless and the chase card is the chase card. If you pay $100 for a box of a set with $45 box EV, you better hope you crack some foils. Sets that are recent and have the value more spread out seem much more interesting to me because any number of those cards could go up and bring the overall set EV up with them. If there is one $100 card in a box, it’s going to get reprinted and tank everything. If there are 30 cards worth $4 and they’re all played in EDH, they could all potentially go up and add 30X to the set EV for every dollar they all climb. I think (before I check) that War of the Spark has a flatter distribution than most sets and I’ll verify that.

There is more analysis to do here, we could list the number of bulk rares because a bulk rare going from unplayed to played like in the case of Inverter of Truth has the highest potential but for the most part, this sort of jived with what I had assumed. The sets in bold are currently legal in Standard but I went back farther because I wanted some historical context for what likely happens to these Standard sets after rotation.

You can figure out a kind of average price for a playable card if you divide the set EV by the number of cards over $1.

With this new metric, War of the Spark has the second-lowest average price per card over $1, which is almost what we expected. I didn’t count on Core set 2020 throwing things off with an astounding 48 cards over $1. With supply generally lower in a core set, there is more opportunity for good uncommons to be worth more than $1 and the core set had quite a few of them. Of the sets that already rotated, let’s look at the sets with lower values and see if we can guess what will happen with War of the Spark (and I guess Core set 2020).

I think a set like Ixalan shows what we could expect War of the Spark to eventually do. Ixalan has a lowish box EV right now but it has a lot of cards over $1; 41 to be exact, and a lot of cards over $5. I think with the high number of Planeswalkers, good removal spells and EDH-playable uncommons, we could see War of the Spark maintain its current value and have quite a few cards that could increase.

This is everything over $2 in Ixalan. With the exception of Search for Azcanta, these are almost all EDH cards. Barring a reprint, Growing Rites should continue to grow, Banner will approach $10, Amulet will see some growth and Revel in Riches will weather the storm caused by the printing in Mystery Boosters.

Here are the interesting cards in War of the Spark.

It obviously would have been better to get these for $1, but we can’t do that anymore. That said, I still think this can hit $5 barring a reprint, foils are only $5-$6 right now and this may be better than Windgrace’s Judgment in a lot of decks, but why not play both? I like Judgment, by the way.

I don’t know if you buy these yet since the buylist price is tanking, but the retail price appears to be stabilizing. Supply is what it’s going to be so demand will be the driver here and demand for this card is good – it’s the 10th-most-played Gold Instant on EDHREC. This and Casualties are very different, but they both do a ton of work and they both have upside.

There are a lot of copies of this card, but I said the same thing about Inexorable Tide and Atraxa sent that into the stratosphere. I think Atraxa demand is known but there will be another commander where you’ll want to proliferate sooner than later and this goes in that deck. Does the name Karn insulate it from reprint risk a bit? Not sure. This seems fairly reprintable, but that’s why foils exist and those are currently only a few dimes more than non-foils.

These have to be at the reverse-J shape portion of the eventual U-shape, right? The price was high due to impatience from Atraxa players, supply caught up with demand and then supply stopped. So what happens to these foils now? I’m not sure but I think when they look like they’re recovering, it won’t just be Atraxa players who want these.

This is worth as much as it’s ever been worth and I think it’s not done. Barring a reprint or obsolescence from a better clone, which is likely, I think this hits $5.

Foils of this flirted with $5 and I think we could see that price again.

That does it for me this week. I normally don’t like to work this hard so next week we will make up fewer of our own metrics. Until next time!