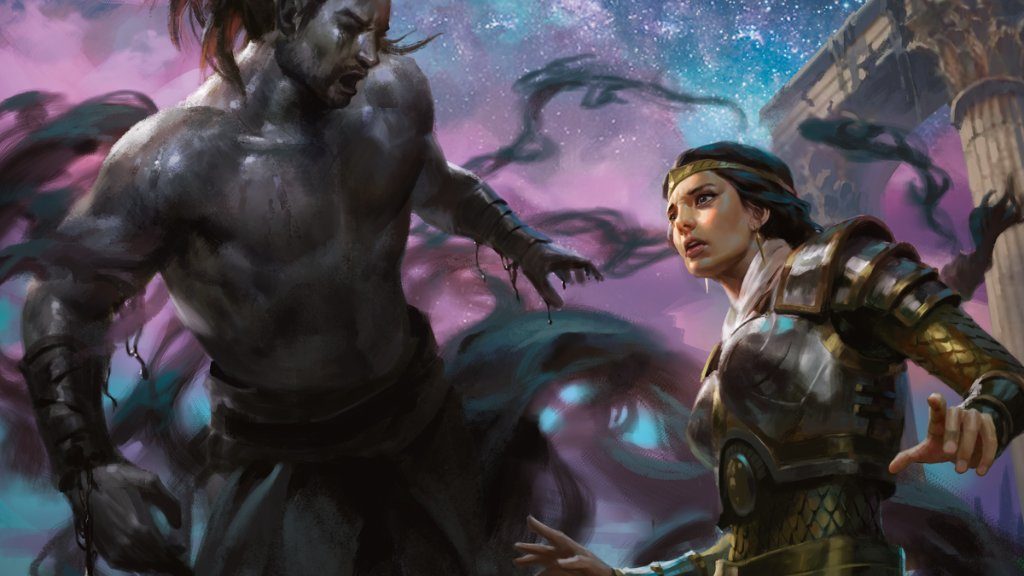 Wizards has decided to delay nearly everything about Ikoria: Lair of Behemoths due to the worldwide pandemic. There’s a lot to unpack, including the optimism that in May we’ll all be back to normal.

This is an unprecedented time for us as Magic players, and there’s some financial pitfalls to avoid, and opportunities to be had here. Let’s dive in!

First of all, we need to unpack what a delay in Ikoria means. We know that Wizards had previously allowed stores to plan for and to sell kits that allow players to prerelease at home. That’s pretty unusual, but so is just about all of this situation.

As one of our members pointed out to me on the MTGPrice Discord, that’s no longer a possibility, with at least one store telling me that they aren’t going to get these kits till May, if they are lucky and other factors don’t pop up. Most of the big stores have slowed or even stopped their operations, and TCG Direct is shutting down until April 17.

That is a lot of cards and merchants being taken out of the loop, and that means a lot less cards in circulation. Granted, demand has tailed off too, given the demands on our income and the job insecurities we face.

The week after a prerelease has always been the time for cards to be at their highest, but now we’re going to have a month, or more, where the amount of Ikoria in circulation is severely curtailed. I fully expect to see a ton of prerelease kits on eBay, but I also expect that market to be scorchingly hot.  Some overseas markets are getting their stuff on time, and some sellers of English kits will pop up, but the demand is going to be pretty high compared to the relatively small supply.

Let’s look at some examples of where cards were in that first week, shall we? Please keep in mind that we chart cards at release, not when they are spoiled/preordered.

Calix, Destiny’s Hand was more than $10 before the set was released. Elspeth, Sun’s Nemesis was also that high. Nightmare Shepherd was $4+.

It’s true that some cards are worth more now than they were at the time of prereleasing. I can’t anticipate shifts in the meta and if I’d foreseen Heliod’s Intervention as a top EDH pick I’d have bought a brick of them at under $1. I’m not going to worry about missing $10 from a mythic that gets hot if it means I get to sell five rares at $3 each that will be bulk in three weeks.

My goal had been to buy a few prerelease kits from my local store and crack them. Even the rares that will be bulk should go for a few dollars, and the foils should go for a good price too. Because the only available sources for these cards will be this prerelease for that first week, the premiums should be quite high.

With the delay, I’m still trying to get product from my store but I’m also looking online for the kits at a reasonable price. $30 for six packs and a guaranteed foil rare/mythic was solid, but if it’s at $45+ I will decline. In between…we’ll have to see what the previews bring us.

Something I especially appreciate in this time is how I can get the warm feeling of buying from a store that I really want to still be in existence when we’re past the pandemic conditions, and you should help out in that regard as you can. I won’t be surprised to see some stores doing special sales when the American stimulus hits, as those who are stable financially will have the money to spend. In a lot of ways, this is going to mimic what happens during tax return season, a time when duals and other higher-end cards sell a little bit easier when folks are flush with extra cash.

I know that phrase sounds a little absurd, ‘extra cash’ in a time when an unprecedented number of people are filing for unemployment, but that’s how some will react and stores will want to help them spend that money.

As for Mystery Boosters, I’m quite sad that we aren’t’ getting to draft with these in stores. The draft experience is a very fun one, with the right mix of ‘could be anything’ and ‘curated list of cards’ plus ‘some really expensive cards are possible!’ that leads to marathon drafting days if you’re lucky.

Retail edition of Mystery Booster had just started to happen when the shutdowns started, so not a lot is in circulation at this point. I strongly advise you not to buy in on anything Mystery Booster: not foils, not regular, not playtest cards. This current condition is a seller’s market. If you have copies, if you have leftovers, sell, sell, sell! Eventually, stores will be able to open the boxes they have and get the singles price pushed downwards.

We know from experience that one chase card can cause a whole lot of boxes to be opened. We saw this effect with the Inventions and the Invocation series of Masterpieces during Kaladesh block and Amonkhet block: singles prices were at their lowest due to the chase for the super-premium cards. Mana Crypt isn’t quite there but it’s pretty close, especially given that these are 24 packs to a box, not 36.

I completely expect the Mystery prices to fall for the foils and the nonfoils alike once stores regain some normalcy. Right now stuff is starting to fall but it hasn’t hit bottom yet. If you’re buying Mystery cards, it’s because you want it for a deck or you’re buying sealed product to draft with.

Do not attempt to keep sealed product with hopes of reselling for profit. You’re going to be competing with distributor price for quite some time, and there’s better places to park your money. Sealed product hasn’t been a good investment for a while, and Mystery isn’t in short supply. Everything Magic is in short supply right now, and that’s a situation that will eventually change.