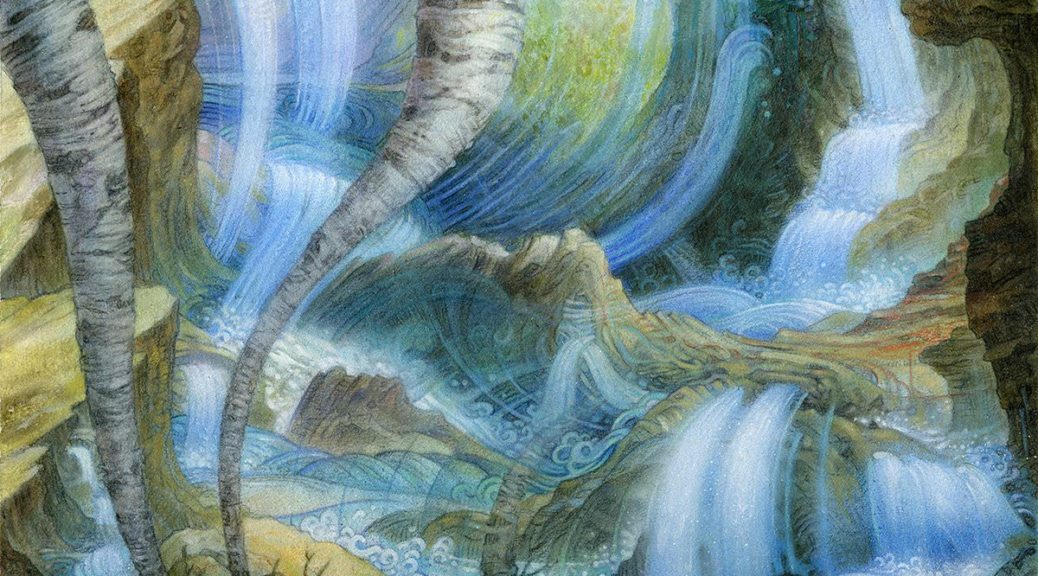 This week I’m switching it up again. Or rather, switching it back again. I’ve spent a few weeks (could be months actually, I’m not really sure any more) on MTGO specs and it’s gone pretty well for the most part, but this week I’m looking back at some paper specs. Whether it’s correct or not, lockdown measures are starting to be relaxed in some places, and paper card sales are starting to flow a little more again.

There are obviously still no paper tournaments happening for the time being, so I’m focusing on cards that I think are good pickups for a longer hold time, or at least things that aren’t dependent on an ever-shifting metagame. Spoilers, we’re looking at some EDH cards!

If you hop onto EDHREC, I’ll give you one guess as to what the top five cards from Ikoria are. The clue is in my subheading. Well done, you were right! The five Triomes (I still want to call them Tricycle Lands) are, to nobody’s surprise, at the top of the pile for Ikoria inclusions on EDHREC. These three colour lands are strictly better upgrades to the tri-lands that Shards of Alara and Khans of Tarkir gave us, adding both cycling and basic land types to them.

The regular versions of these cards are great, but the Showcase versions with art from Robbie Trevino are just stunning. There will undoubtedly be a big draw for these premium versions from EDH players, especially seeing as the Triomes are auto-includes in any deck that matches their colours. I’m probably going to have to grab a copy of each for my five-colour Canadian Highlander deck…

Showcase versions of all five Triomes can currently be had on TCGPlayer for around $7-8, and I think that this has the potential for a double-up in the longer term. As I said, they’re auto-includes in EDH decks that can play them, and that’s not even taking into account Standard (and possibly other constructed formats?) demand for them. I could also see dipping into the foils at around $30, with a view to hit $40 or even $50 in 12 months or so.

What’s that? Another premium version of an EDH staple? How unoriginal!

Yes, it’s not the most exciting thing in the world, but I reckon it’s pretty solid, and that’s good enough for me. Shadowspear is the 3rd most popular card from Theros Beyond Death on EDHREC, because being colourless it can slot into any deck! I’d argue that it’s pretty much just an upgrade from Loxodon Warhammer, a card that’s found a home in almost 15k recorded decks. Sure, it grants a couple fewer points of power, but the ability to remove Indestructible and Hexproof from your opponents’ creatures is invaluable.

There are too many different versions of this card between the regular, prerelease promo, planeswalker pack promo and EA version, PLUS all the foils of those, so with cards like that it’s best to just look at the most basic version and the most pimp version. The regulars aren’t amazingly enticing at $6, so instead I’ve flipped the switch to the other end and looked at the EA foils.

These ones start at $30 on TCG and have a pretty reasonable ladder up to $40, and I’m actually surprised that there aren’t any priced higher than that at the moment. There are only 28 total vendors with copies, which considering the number of people playing this in EDH is not a lot. $40 within 6 months seems easy for Shadowspear, and I think that $50 in 12 months is entirely reasonable.

Hopping back in time by another set to Throne of Eldraine, here’s another EA foil for you. Castle Garenbrig is another boring old staple in, well, decks that play a lot of creatures I guess. Boasting a respectable 5400 decks on EDHREC, it’s a relatively easy inclusion in heavily green-based EDH decks, probably coming in untapped most of the time and helping ramp out early threats. But there’s a twist: it’s actually not that boring because it’s had its fair share of time in the sun in Modern as well.

Primeval Titan decks love this card, and although Amulet Titan has shrunk back from the forefront of Modern for the time being, I highly doubt that the giant’s time in the format is anywhere near to finished. The Amulet Titan and Titan Field decks are almost always seen playing the full suite of Castle Garenbrigs, and supply on the foil EA Castles isn’t exactly high so if a couple of players pick a set up for their decks then the market will drain quickly.

These start at $25 on TCGPlayer, but with only thirteen (13) total NM foil copies listed, that price could jump up real quick. With the Modern and EDH demand for this card, along with a smattering of Pioneer play, I think that riding this up to $40 in 6, maybe 12 months, is a pretty safe bet – and if you want some to play with then I definitely wouldn’t hesitate.

I’ll probably be back next week with more paper specs for you to stash in the closet and gather dust until we can play paper Magic properly again, so I’ll see you then!