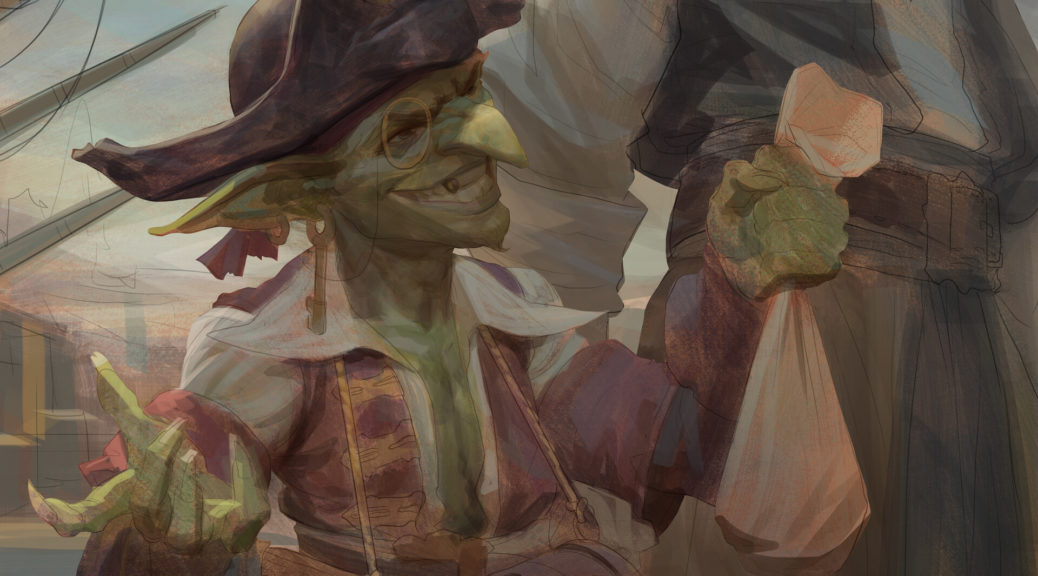 Commander 2020 is legal to sell as of today! Your local store may or may not have them available, and maybe they are being shipped to you. (I’ve got a set coming to me on Sunday, UPS willing!)

We’ve had to sit through a big delay in having the cards in hand, and even more delay in playing with other people. This has led to a very artificial set of prices, and I want to dive in and see if there’s money to be made from buying and cracking sealed product this weekend.

First of all: Profitability is heavily dependent on the price you acquire the decks at. If you find them someplace for $40 each, that’s a pretty easy buy. This product line is known for having a bunch of $2-$5 cards and a few special reprints/new cards to make it awesome, and this set follows that pattern.

Currently, the most expensive reprint in the set is The Locust God, a card that was heading for $15 at a reasonable pace, but putting this in the ‘you want to pack in the Wheel of Fortune’ effects deck is why this won’t hit $20.

But the new cards are the headliners this time around, with a cycle that’s genius: It’s free if your Commander is in play. Wizards has wanted to avoid the True-Name Nemesis/Containment Priest problem, where a card meant for Commander warps older formats and causes outsize price and short supply.

No, seriously, when Wizards makes something in these that’s Legacy-playable, then you’ve got GP New Jersey 2014 and Priest buylisting for $50, or Wizards needing to print extra copies of the whole Commander deck to get enough TNN out there.

This year’s cycle avoids that by only being good if the Commander is in play. Simple, effective, and likely to push prices down. Only Commander players want them, and while the green one is the worst (by FAR, and it’s nice to get back to Green cards being bad) the other four carry real prices…for now.

Fierce Guardianship ($40ish listed, but the lowest is $30 right now on TCG)

The prices are falling here, down at least 15% in the last week. It’s the main target to sell immediately, to Commander players who don’t have the sense to be patient in the middle of a pandemic. It’s going to fall a lot farther, too. While I do think this is the spell of the cycle I’d want to have most, and blue players truly love having yet another free counterspell in their armory, $40 is not a real price right now. Last year’s big winner is Dockside Extortionist:

Commander 2018 has one card above $10: Arixmethes, Slumbering Isle. Commander 2017 has an intriguing lineup, but remember that these cards are three years old and not one of these has had a reprint (except Teferi’s Protection, which has had two: Mystery Booster and a Judge Foil):

My point here is that the high tag on the Fierce cards won’t last short-term. Too many people are going to try and make money, and that’s not going to work.

The other cards in these decks are good, and the primary buyers here are folks who are savvy: they looked at the decklists, decided what they wanted to build/add to their decks, and are only buying targeted singles. Honestly, that’s my usual play, but the presale price I got for buying the decks blind was a little too good.

The two early leaders, in terms of prices and decks built on EDHREC, are Zaxara, the Exemplary and Xyris, the Writhing Storm, both of which are over $10 right now and might hold a price close to that over the long term.

Short-term, though, they will dip a little and then come back. I particularly like Zaxara as a long-term spec, since Hydra is a tribe getting more and more love, it’s got several infinite combos and is in the best tutoring colors, but the reprint risk has me scared. The most popular Commanders need to get through 2020 without reprints, and then I’ll relax. Remember that we have additional Commander product coming with Return to Return to Zendikar and then again with Commander Masters.

By the way, looking at the Commander 2017 lists, if you have extras of any of those cards, I’d be getting rid of them. The reprints are not going to get all of those cards, but why take the chance?

So my advice to you, if you’re thinking of braving the lines at some store in hopes of cracking for value: Don’t try it. If you got a copy of Timeless Wisdom at $40, and managed to sell the Fierce Guardianship on eBay for $35, you’ll be one of the lucky few.

Let me show you the view that saves me money on TCG:

This is all Commander 2020, listed in descending price. What I’m looking for is a small gap between the market price and the lowest listing. A big gap between those means that there was a sale at a high price, but there are copies available for a lot cheaper–and no one has bought the cheaper one yet!

Zaxara has a $7 gap. Deadly Rollick has a gap of a little over a buck. Generally, that’s what I want to see. The cheapest copies should be the first to sell when someone wants to buy a copy of a card, but a large gap means the market hasn’t caught up to the supply.

Let’s look at it this way. I buy Timeless Wisdom at $50 from the LGS. Perhaps I get lucky and sell my Fierce Guardianship at the current low price of $30. Next on the list is The Locust God, and I want to hurry up and sell mine. It’s got a Market of $8, so I price at $6, but there’s people listing theirs at $5.50 or less. If I’m not the cheapest, I’ll take longer to sell, time during which more copies of the deck are being opened and the cards dumped on TCGPlayer.

This weekend, there’s going to be a race to the bottom. Don’t get caught in it. Be patient, buy what you need in about two weeks. That’s when we’ll have a better grasp of the supply and demand. Buying this weekend is spending more than you need to, and who wants to spend $15 on a card today they can get for $8 in two weeks, especially if you can’t play with it in person yet?