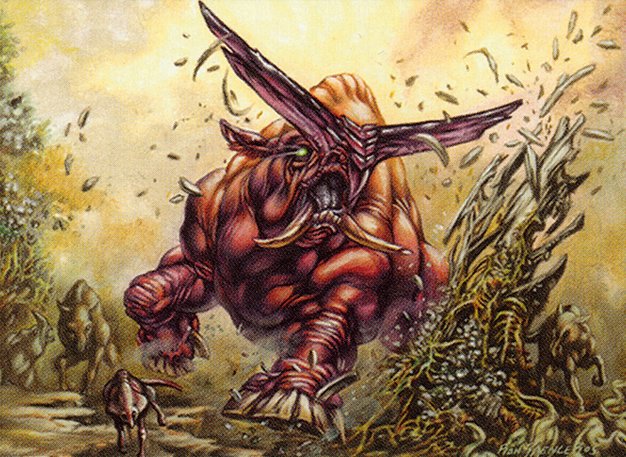 It seems like Ikoria only released a couple of weeks ago (it’s been nearly two months??), but Core Set 2021 is just around the corner. Preview season is well underway and so today I’m taking a look at some cards that will be impacted by the new release. I’m specifically looking at some cards where supply is on the lower side, so you might not want to hang around too long on these!

After my Golos arbitrage pick from last week, I got a couple of messages from EU readers thanking me for highlighting the opportunity – so I’m back with another one! I may make this a semi-regular thing depending on feedback, so let me know what you think. Anyway, onto the pick.

Containment Priest is being reprinted in the upcoming Core Set M21, which means that this will make it legal in Standard, Pioneer and Modern for the first time – up until now it’s only been legal in Legacy and EDH. Containment Priest has often been a sideboard staple against decks like Reanimator and Sneak & Show in Legacy; it’s a powerful effect with a decent body attached to boot, and I think that this will certainly start showing up in Modern and Pioneer sideboards. It’s good against Dredge, and interestingly also stops Yorion from flickering creatures.

At the time of writing, there are only nine NM foil Invocation copies on TCGPlayer, starting at $45 and ramping up. Over on MKM, however, there are upwards of fifty copies starting from €24. This is by no means a ‘high demand’ pick, but more of a ‘low supply’ one; this is going to start showing up in Modern and Pioneer sideboards and some players are going to want their fancy versions, so this arbitrage gap is an easy one to take advantage of.

More Clerics for the Cleric Gods

This is a slightly more speculative pick, but I don’t think it’s necessarily a bad one. We’re not very deep into M21 spoilers yet, but we’ve already seen four different Clerics previewed – one of which is a rare and another a mythic. This may just be a coincidence of creature type, but it could also be a sign of more Clerics to come – and the rare and mythic ones spoiled are definitely going to be good in EDH.

I was slightly hesitant about this pick because Clerics, although actually quite fun and powerful, is far from the most popular tribe in EDH. However, if we take a look at some of the older foils that are very important parts of the deck, supply is sufficiently thin on the ground for me to feel confident telling people to sweep up the last few crumbs. It’ll only take a handful of people wanting to pick up some foils for this sort of deck for you to be able to turn a profit here.

Edgewalker, Battletide Alchemist and Rotlung Reanimator are all key pieces in any Cleric deck, and all happen to be old, single printing foils. Supply is super low on all of these foils, so I’d advise hunting around various vendors for cheaper copies of these. As ballpark examples, I could see:

Being very old foils, I wouldn’t be surprised to see more drastic price increases than that, so these numbers are probably on the low side. I’d also advocate going over to EDHREC and taking a look at other popular cards from this kind of deck, to see what else might pop with more Cleric support.

Also it’s a super fun deck to play, everyone should build it.

Speaking of tribal decks, we’ve also had a Legendary Dog Cat previewed for M21. Yep. A Dog Cat. Rin and Seri, Inseparable, is a new legend that is obviously geared towards pet owners and cute animal aficionados, with the idea of people building Cat/Dog EDH decks. Most of the Cat and Dog lords have already been bought up over the past couple of days, but there are still some foil Door of Destinies(es?) hanging around that look pretty juicy.

I don’t need to talk too much about this card; the numbers speak for themselves. 15k EDH decks, a must-have for any tribal deck and colourless to boot. Check check check! TCGPlayer has M14 foils from $8 and Morningtide foils from $15, and I can see both of those price points doubling up. Supply is running very low on NM foils for both versions, and there’s also the (ugly) prerelease promo running around to look at too.

Tribal decks will always be popular in EDH, and we haven’t seen Door of Destinies printed since Commander 2017, so it could well be in for a reprint within the next couple of years – but not necessarily in foil. Even so, I don’t think that the hold time on this will need to be very long in order to realise some solid gains, due to the low supply on the card across the board.