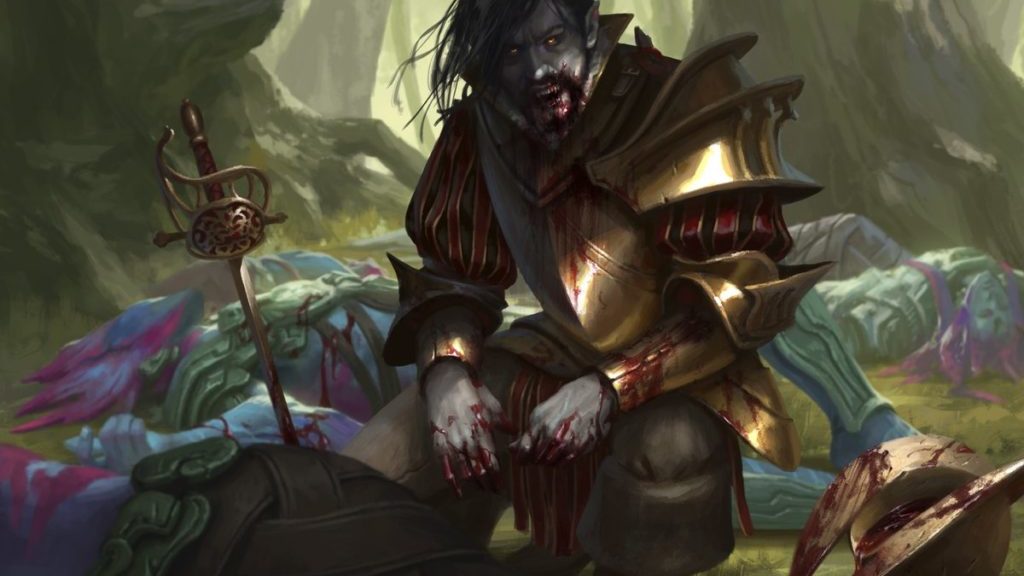 I bring to you glad tidings, for there was an event!

Maybe not what you’re hoping – there wasn’t a Magic Fest or anything, people are playing paper Magic and communicating a virulent pathogen to each other (yet), I mean an event in the sense that a thing happened that triggers another thing. That sounds vague, I agree, that’s why I use the word “event.” Printing new cards and spoiling them is an event. Covid shutting down stores like TCG Player was an event. And, this week, the EDH Rules Committee announcing that since someone on the CAG didn’t understand how Elenda, the Dusk Rose worked (if you believe that story) they changed the rule so that commanders going to the command zone instead of the graveyard when killed will now trigger “when this creature dies” abilities.

Elenda the Dusk Rose, already a decent gainer, shot up. Since people who sell cards have social media, lots of sellers have weighed in on the “INSIDER TRADING! CONFLICT OF INTEREST! OTHER WORDS I KNOW FROM TV!” charges from the community with “nah, I sell a few copies this card a week, always have, and this week they went out one at a time” which did nothing to quiet the mobs but which makes us in the finance community at least remember that we’re unfairly maligned but we’re also making money off of a children’s card game and that’s going to rankle the rabble a bit. I think a degree of the demand for this card is organic and since it was useful in the 99 before, got a non-trivial amount of play as a commander even in the last 2 years and the fact that it just got better, let’s look at what people will need if they’re building the deck.

When I said Elenda was getting a “non-trivial” amount of play as a commander, I was perhaps being charitable. Viewed as an inclusion, the metrics are significantly better.

Elenda is great as an inclusion, and not necessarily in Vampire decks, either, whereas she was weak as a commander given the way the rules worked before. Now that you have access to her and can do her shenanigans early and often, taking a second look at the cards, especially new ones, that are in play is prudent.

There have been 22 new Elenda decks made since Ikoria was spoiled, many in the last 24 hours on EDHREC, and over half of them realize that this card is bonkers. It’s bonkers elswhere, too. The Ozolith happens to be good with another commander who just got a boost from the rules change as well.

I don’t know that you play Roalesk when Pir and Toothy exist, but I have more than one Simic deck and they all play 90% the same cards so who am I to judge? We’re not here to talk about Roalesk, but it is worth noting that The Ozolith matters in 2 decks that just got a boost literally this weekend.

I don’t think we’re going to see The Ozolith approach bulk before rotation like we did in years past, I think EDH cards hit hard, immediately and I think they stay good places to park money forever whereas Standard cards are very volatile. I’d trade out of Standard stuff from Ikoria and into EDH stuff – you can never have too many copies of Luminous Broodmoth.

Siona demand couldn’t quite soak up all of the extra copies from the Gideon box set but maybe with some help we can get there, now. I’m not sure how reprintable this card is (or isn’t) so this is risky but I was all-in on this card earlier this year and I’m not about to back off now that it’s better. Buylist trends looked good until buylists stopped being a thing.

Vona is OK as a commander and OK in the 99 but in the 99 of a lifelinker than makes lifelink tokens, specifically, this card shines. It’s a casual favorite and was going to go up anyway and indeed has on Card Kingdom. I trust Card Kingdom’s instincts on EDH cards more than any other site which is why I use their prices and if other sites are lagging behind, I see that as a buying opportunity rather than an indictment of their algorithms. I’m not advocating buying from them but I am advocating watching their price graphs and you should absolutely be selling to their buylist, that’s not even close to controversial.

This will be a $5 foil very, very soon and you are all going to be very surprised. Card Kingdom’s price looks wonky because they sold out. Let’s look at some other stores. Oh, we can’t? Everyone is sold out and ABU has their NM copies at $2.50 but Mint at closer to $5? So then the only store that has these in stock under $4 is TCG Player where there are a lot of foil copies? Looks like meat is on the menu. Go to town on these, I promise you’ll be glad when you can buylist them for $5.

It’s all ogre for copies of this card under $5. It’s already flirted with $5 on CK and the $3 copies elsewhere are not long for this world. Help Elenda finish what Teysa started.

The rest of the deck is fairly either super cheap or super expensive. I feel OK about the new Erebos and a few other cards, but you really can’t go wrong with these picks, except maybe Gift which may have been a whiff on my part. Those Gideon Spellbook copies threw me for a loop.

That does it for me! Join me next week where we’ll likely have some Core set 2021 shenanigans and henanigans to discuss. Until next time!