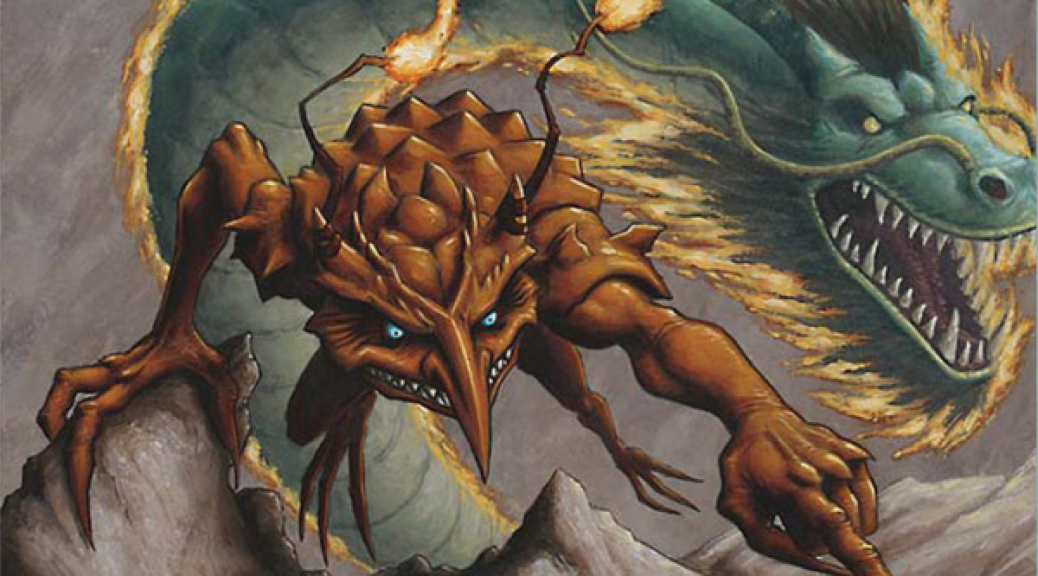 Well, here we go, the endless preview summer is underway. Between Core 2021, Double Masters, Zendikar 3, Commander Masters, and assorted supplementary sets, plus surprises like Secret Lair, we are going to have a whole lot of new product coming out. Not all of it is available immediately, and there’s a very good chance that some places go back under a shelter-in-place order, further complicating things.

As a result of the complex situation we’re in, some people are near a store that will happily run a prerelease, and others won’t have a store within 200 miles. The pandemic is proving that prices can still go crazy and people can still overbuy cards during a frenzy/spike.

For now, though, let’s look at where the Core Set mythics are at, and where they might go from here. I’ve looked for some prices and I’m listing what I find. Given that these are presales, moving fast and operating off of predictions for supply, some of these things can change quickly.

Rin and Seri, Inseparable (no prices yet)

Buy-A-Box cards generally aren’t too expensive, but much will depend on the amount of Constructed play that the CatDog sees. Nexus of Fate was the worst-case scenario, and even if Rin and Seri see some play, there will be extra copies in the Collector Boosters. I don’t think this will stay above $10, and will dip as low as $5.

The play pattern here is exceedingly predictable: Play Teferi, loot, then on opponent’s upkeep phase out a problem creature. Control decks probably won’t play a full four of this Teferi, but 2-3 is the most likely. You can imagine how good this is with Teferi 3, playing board-wipe sorceries during their attack step.

I think $25 is a pretty reasonable price here, and given the wide array of versions available, that should be a stable price for his lifetime in Standard. Remember that Core 2021 has the shortest Standard window, rotating in a mere 15 months. If cards from this set are going to spike, it’ll have to be in about six-eight months.

Honestly, this has fallen from some terrifying highs early on. People didn’t seem to understand just how few copies of the original were out there from Portal: Three Kingdoms. This is a backup Demonic Tutor, a fixed one, whose only drawback is the life loss. We haven’t had an effect like this at less than four mana, even though there’s been drawback-laden versions such as Scheming Symmetry or Wishclaw Talisman.

Commander players will keep this from dropping very far, though you’re going to see some super-premium prices for Foil Extended Art versions. Demonic Tutor is $30 for the cheapest, and from there, we can figure that Grim Tutor will end up in the $20 range. I wouldn’t be shocked if it was $15, either, depending on its usage in Standard. Three mana and three life is a steep price for getting just what you want, and it’s useless early game.

The original nonfoils from Fate Reforged have lost about $10 since this was revealed, and personally, I’m not hyped to see this in a Standard full of effective ramp strategies. Nissa, who Shakes the World combos well here, as the Elemental lands remain on the field after Ugin exiles most everything else.

There’s no deck, aside from Modern’s Urzatron, that plays a full set of Ugin, but there’s a whole lot of Commander decks that wouldn’t mind having a copy. Being $25 this early means he’ll likely end up in the $10-$15 rage by the time we’re done.

Seven-mana mana rocks kind of defeat the purpose of mana rocks, though this is the most mana you can get from a single tap without crazy Everflowing Chalice or Nyx Lotus shenanigans. I can see three-color decks playing this, though obviously your best uses will involve all five colors. I’m not enthused, though, because this is niche and awful for Constructed Magic. This will be $5 in weeks and possibly less.

While you can do a lot of neat things with this, be careful with your Earthquakes and Pyrohemias. Not every deck will want to play this, though most red decks should think about it. It’s ‘a source.’ Not a spell, not a red source, but anything you control. Use carefully. I wish this was five mana so people could play it alongside Obosh, the Preypiercer, but at six mana it’s a worse finisher than the companion or Embercleave. I’d be thrilled to see this in Standard, but even something as delightfully modal as Shark Typhoon is

Decent cards in Commander, especially if new Garruk can come down with a Doubling Season out, but the setup cost is pretty high in Standard. New Chandra offers the greatest utility, able to Shock every turn as a plus ability, but overall these are mediocre and will have prices between $5-$10.

Let’s look at Questing Beast’s price graph, shall we?

This is a card that does it all, and with haste. Elder Gargaroth does not have haste, and while it’s got incredible value on the attack or block, it does nothing on arrival. It’s a very good card, an example of how good a 6/6 for five mana can be, but the removal and bounce and counters are all too good. If this gets super cheap, I can see it getting back up to the $15 range, but it’s not going to be that expensive right away.

So this card…I feel like it’s pretty terrible, mainly because your opponent has complete control over when you draw a card. If they are casting two spells and neither is removing this creature, then you’re likely doomed anyway. Same for the multi-attack. Ten bucks is generous for this card, and while you’ll see some optimists putting it in lists, it’s not going to go well. I have a hunch this drops down to a buck or less pretty fast.

This, at least, has sideboard appeal and Commander demand backing it up. It was a mythic way back in New Phyrexia, which was forever and a half ago. Most of the supply has been soaked up by Commander players over the years, which has kept the price high. Now that it’s getting a reprint, the price will fall to about $7. Juuuuuuust enough people will want this, and not trade it away, that it’ll hold some of its value.

I like the potential on this card. If you’re playing defense, the plus helps you maintain that. If you’re on the attack, the -2 closes things out with ridiculous speed, though it does say ‘nontoken’ and that rules out the double-double if you get to use the ability twice. However, it’s already fallen to $7 and will only have appeal in the aggressive white decks. Three mana planeswalkers are no joke, generally speaking, and I’d be surprised if this went below $5.

This was a mythic twice in a row, ten years ago. Even with all the power in this card, it wasn’t above $10 before the reprint and this is going to crash the prices pretty hard. It’ll hold $3 or so, and with Kaalia of the Vast about to get a new printing, there might be some renewed interest, but I will not be expecting too much from Baneslayer.