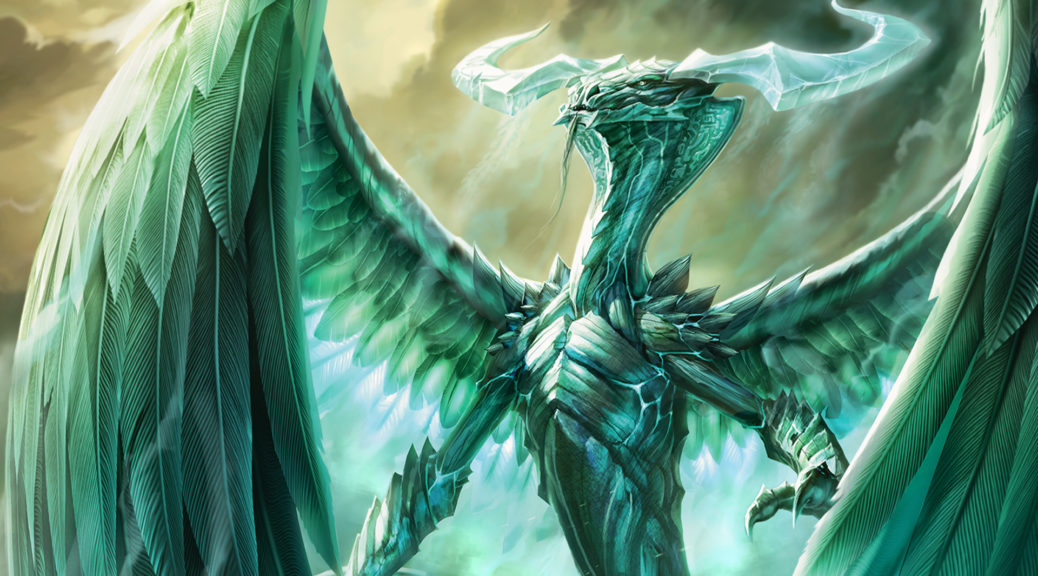 I’ve titled this article ‘preorders’ for the sake of brevity, but that doesn’t mean “go and preorder these now because it’s the lowest they’ll get”. Some of these cards may well dip a little lower than their current prices, but I doubt it will be by much, and so this is more of a notice for cards to keep an eye on and buy down the ladder if you can. This article series is, after all, entitled “The Watchtower”…so keep an eye out!

When Heroic Intervention was first printed in Æther Revolt, it was pegged as a reasonable EDH card for most green decks. What I (and a lot of others too, I think) didn’t expect, however, was that it would go on to make its way into over 27,000 decks recorded on EDHREC, putting it into the top 20 green EDH cards of all time. From close to bulk status during its time in Standard, since then it topped out at an impressive $17 (and that is impressive for an EDH-only card printed in the last 3 years).

Now we’re getting a reprint in M21, and the price has plummeted down to around $4 for the M21 preorders. I could definitely see it going slightly lower than $4 when the set releases, but I definitely wouldn’t hang around too long on this one. It’s a card that’s in 15% of all the possible decks it could be in, which is strong numbers for a mono-coloured card, and this means that people know how good it is now. It’ll get put into at least 15% of the new decks people build going forwards, and people that didn’t buy copies because they were $17 will for sure pick these up below $5.

I’m calling Heroic Intervention at a conservative $4 to $10; I think it’s entirely possible that this card could see $15 before it’s reprinted again, but I feel pretty confident saying that $10 inside 18-24 months is very reasonable. This is an easy one to buy a stack of and put away in the closet and forget about for a couple of years, leaving a nice surprise for your future self.

Azusa being reprinted into Standard during this era of green-based midrange and ramp-esque decks is an, uhh, interesting decision, but I’m not here to talk about Azusa in Standard. I won’t pretend to be someone that can accurately predict the future metagame in Standard, but what I will do is say that Azusa is preordering for under €5 on Magic Cardmarket. Over on TCGPlayer, preorders start at around $10 which is far less enticing, but picking this up at €5 seems pretty insane to me.

Bear in mind that before the reprint announcement, the A25 (Masters 25) version of Azusa was $35, and the older versions more expensive. Sure, there’s going to be a big influx of supply with the new printing in M21, but there are going to be a lot of EDH players that pick copies up now that they’re cheap, and that’s not even accounting for its potential for play in Standard. We’re going to be entering a Standard with Azusa, Cultivate, Solemn Simulacrum and Ugin, so a streamlined ramp deck seems like it could be quite powerful. Yes, I know I said I wouldn’t talk about Azusa in Standard, but come on. It’s a very powerful card.

Anyway, back to real data – Azusa dropped down to $16 after the A25 reprint and climbed back up to $35, so buying this at €5 is surely a slam dunk. If you’re in Europe or have a contact, then I’d get on this. As I said, she’s preordering for $10 on TCG which is still fine, but I’d keep an eye out to see if it drops lower on or after release. Additionally, we’re getting an extended art version in M21, so I’ll be looking out for the prices on those to bottom out.

This has been a slightly contentious card in the MTGPrice Discord over the past couple of days, but for the time being I’m coming down on the side of “I think this card is really good”. I’ve played enough games of EDH with various playgroups to see how many people don’t bother paying the tax for Rhystic Study, and I think that this card will see similar play patterns. Restricting your opponents to only playing one spell per turn (unless they let you draw a card) is more harmful than you might think, and I predict that a lot of people will just ignore it and let you draw the card. After all, it’s only one card – how bad could it be?

I’m cheating slightly with this, in that I don’t quite like the current preorder price of $7, and would like to wait a bit for it to come down to $4-5. I think that this will happen because it most likely won’t be a relevant card for Standard, and EDH players tend to be much slower at picking their cards up, but once it bottoms out then I’m definitely going to be picking some of these up. I’d be far less excited about it if it were a Rare, but the fact that it’s a Mythic means that once players start to pick their copies up, the price will rise far more sharply. I think $10+ in a 12-24 month time frame is quite doable.