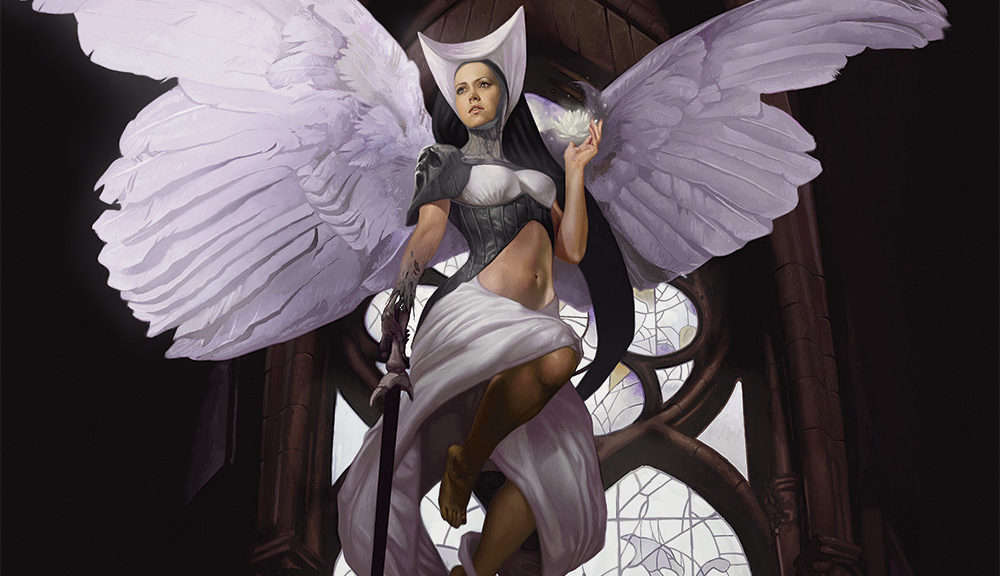 M21 has hit the shelves in full force despite the pandemic, and there’s been quite a lot of price instability over the past week. Being a summer release core set, M21 would generally be poised to be underopened compared to others anyway, but with the pandemic on top of that crushing LGS attendance and general player purchases, I think that M21 is on track to be full of excellent opportunities.

Double Vision might not seem too splashy at first glance, only copying the first instant or sorcery you cast each turn, but once you start to think about how this can play out in an EDH pod, it can get pretty silly. It doesn’t restrict to spells cast during your turn, which means that in a pod of four people you get to copy four different spells during one cycle of the table. When you start thinking about what you can get up to with that kind of power, the five mana investment seems quite trivial.

It’s unfortunately doubtful that this card will ever see any competitive constructed play, but I think it’s going to be pretty much an auto-include in any red spell-based EDH decks (especially Izzet+ decks).

Prices for Double Vision EA foils are as low as $5 on TCGPlayer at the moment, which looks really tasty right now. Give it 6-12 months and I think these have a great shot at being at least $10-15.

Teferi’s Ageless Insight is already the fifth most popular EDH card from M21 (not counting reprints of course). The only cards beating it out are Sanctum of All (we’ve seen a lot of people rush to build the Shrines deck), Rin & Seri (unsurprising), Radha (slots right into any self-respecting Gruul deck) and Teferi, Master of Time (probably the outright best EDH card from M21). I think I’m correct in saying that this is the cheapest (in terms of mana cost) one-sided card draw doubling effect we have now, so although it doesn’t double your normal draw step, this is a no-brainer to slot into most blue decks.

Despite the fact that I think the M21 showcase cards are quite unattractive, I’ve seen enough people fawning over them to feel confident in picking the showcase version of Teferi’s Ageless Insight here. It also helps that the gap between regular copies and the showcase foils is very small, with regular non-foils going for around $1 at the moment and showcase foils sitting at around $2.

That small gap is bound to widen sooner or later, so I’d pick some of these up whilst they’re this cheap. Supply is reasonable enough for now, but with very few paper drafts firing and fewer people buying product compared to normal, we’re going to see a faster drain on stock than we might otherwise. I think that we’ll see a fairly smooth upwards trajectory on these for the next 12-18 months, with potential for a nice buylist at $5-6 or a decent profit on selling singles higher than that with a slightly longer hold.

Fiery Emancipation has been heralded by The Command Zone as being on the same power level as Craterhoof Behemoth, and easily one of the top EDH cards from M21. We’ve seen Wizards giving us tripling effects already with Nyxbloom Ancient, and that’s already been a big winner for green. I think that Fiery Emancipation could be even better than Nybloom, because Nyxbloom requires you to untap with it, whereas you can drop an Emancipation and swing for an enormous chunk of damage immediately.

Pair this with something like Purphoros, God of the Forge and you’re dealing each opponent 6 damage off each creature you play – the numbers rack up really quickly. This is going to be a staple in a lot of red decks, and can fit multiple archetypes too, as it triples damage from small creatures just as well as it does from burn spells.

€3.50 for this mythic is far too low, as is already shown by the $8 price tag on TCGPlayer. EDH cards are always a bit cheaper in the EU, but with something like this I wouldn’t even be too afraid of picking it up at $8 for a longer hold, so $4 is a slam dunk. This is probably comparable to The Great Henge from Throne of Eldraine and so could easily be a $15-20 card in the not-so-distant-future (for reference, The Great Henge is currently $23 on TCG).

If you’re able to arbitrage this then it’s definitely worth it, and if you’re not then stay tuned for the MTGPrice arbitrage service that has started testing for Protraders…