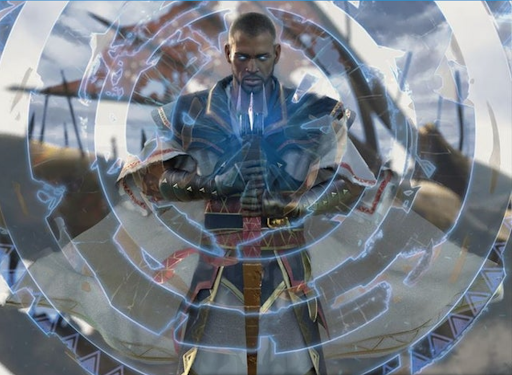 We’re one week into Core 2021, and frankly, you should be selling most of what you’re opening. Teferi, Master of Time is down several dollars in the last week and he’s not done falling. This is a great time to be flipping cards/sealed product to the people that have to have things right now, and also a time to be looking at the cheapest cards in Standard as they prepare to rotate into the Eternal arena.

Last week was Guilds of Ravnica, now it’s time for Ravnica Allegiance. Let me tell you, this set has some clunkers, but also some unexpected opportunities.

Let’s start with the biggies: The Shocklands. Breeding Pool is at an all-time high, at $25 for a Standard land. I don’t think any of the fetches were that high during KTK, Cavern of Souls was close to that at one point. What’s really impressive is this price point when it’s got a huge supply from the other trips to Ravnica and also this close to rotation.

I think you should sell your Pools and your Blood Crypts ($15) right now. Yes, Pioneer adds a layer of demand to the shocks but that’s not going to balance out the lack of demand once Standard changes. If you can get $17 each for your set of Pools (According to our buylist tools, MiniatureMarket is buying them at $18.75 from Ravnica Allegiance) that’s $68, and I’ll be stunned if you have to spend $12 each on them by Christmas. Much more likely is the $8-$9 price they were at before.

And let’s face it, you’re not going to play a lot of in-person Sanctioned Magic before rotation anyway. GET YOUR VALUE.

Hydroid Krasis ($13/$26 foil) – This has been trending downwards since its glory days, but really, this big flying Jellyfish Hydra Beast will always be besties with Nissa, who Shakes the World. It’s a fantastic payoff for ramp strategies in Commander and Cube, and foils are a solid pickup. Pioneer has a good Simic Ramp deck, and that will likely be enough to keep the price of nonfoils stable around $10 until this is reprinted in the next ‘X spells matter’ Commander set. Even with that deck’s existence, I’d be selling my copies of this and getting what I can. Again, we aren’t going to play in paper until after rotation.

Guardian Project ($5/$13) – The ship has sailed on getting these cheap, and if you have any currently, I’d tell you to sell them, take your profits, and move on. Commander Legends at the end of this year would be the main place I’d look for a reprint, but Green decks in Commander are spoiled for choice when it comes to ‘creatures draw you a card’ effects. This is better than Elemental Bond in most decks, and outclasses Beast Whisperer. Cheaper than Primordial Sage and Soul of the Harvest, too. It’s in a sweet spot and if you’re happening to run Panharmonicon-type effects, it gets doubled up. It’s hard not to like this card long-term, but the reprint risk is very high and cannot be ignored. Even if it dodged a new printing this year, it’s a great candidate for Commander 2021.

Prime Speaker Vannifar ($3/$14) – This is the next-to-last set where the idea of a ‘foil multiplier’ still holds, and portends great things here. I’d expect foils to be in the $10 range, but being higher than that indicates a strong casual demand for the shiny version. It’s a mythic, a combo engine, a ‘fixed’ version of a banned-in-Modern card. I picked foils this week on MTG Fast Finance to double up in the next 18 months, and as an engine card for Modern and Pioneer, I’m pretty confident. Reprints are a risk, and Simic gets all the fun toys lately, so I understand if you’re hesitant, but I promise, this isn’t going to let you down.

Persistent Petitioners ($2/$7) – This went up by a big amount as Jumpstart entered the equation and made Bruvac the Grandiloquent one of the most expensive and sought-after Commanders. Let’s put it this way, even with Petitioners buylisting at $1+, there’s only 112 total copies on TCG right now, of all conditions, foils and non. That’s tiny, and likely a reflection of constrained inventory management due to the coronavirus. Expensive commons are what allows a store to buy bulk collections, and something’s got to give here. The really good news here from a speculative standpoint: Unless this is reprinted in a big Standard set, a reprint doesn’t matter at all. Commander decks are going to play at least 20 copies of this card (Stock up on Thrumming Stone!) and more likely 30+. Being included as a one-of someplace means nothing, and aside from the Rat Colony Secret Lair, I can’t imagine they’d devote a slot of slots to this card.

I can see this buylisting for $3 once people get their Bruvac copies, so now might be the time to move in.

Rhythm of the Wild ($1.70/$9) – Because this has the Riot keyword, it’s not quite the hammerlock to be reprinted that you might expect…but it will get another nonfoil printing. It’s a golden, wonderful, warm blanket of happiness on turn 3 in a Commander game, and has a foil multiplier to back that up. It gets better, too: There are ten vendors with foils on TCG right now (one has 21 copies!) and it’s in 18,000 EDH decks. I can’t tell you when it’ll get another printing, but it’ll be soon. It’s too good in Commander not to be in the next RGx deck that has a ton of creatures. I can list a lot of cards with similar effects, like Temur Ascendancy or Akroma’s Memorial, but being an enchantment means the ‘can’t be countered’ clause is going to be in effect even after assorted sweepers.