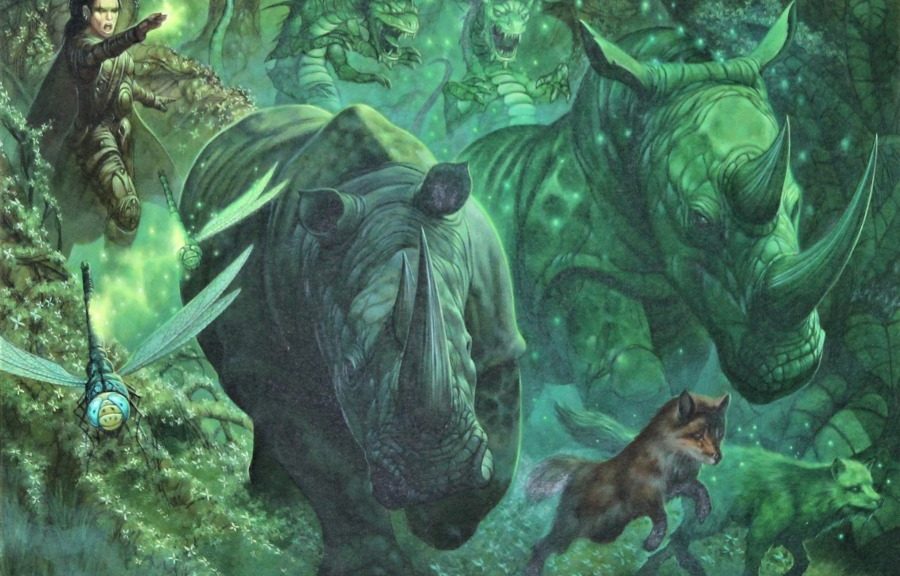 Double Masters releases this Friday, and so although the best prices for the new (although they’re not really new, are they?) cards won’t hit us for a little while yet, I wanted to spend today’s article talking about some of the cards that I think are going to fall the hardest, but pick back up again the most quickly. I was thinking of doing six picks instead of the usual three today, because you know, Double Masters, but I ended up talking too much about these three cards too much to fit anything else in. And it would’ve been super cliché anyway, right? Definitely not my style…

Sword of Feast and Famine

As far as EDH is concerned, Sword of Feast and Famine is the most popular of the colour-hoser sword cycle by a considerable margin. EDHREC has it at almost 14k decks, with the next most popular being Fire & Ice at 7400. I’d bet good money that Feast & Famine would be in a lot more decks, too, if it hadn’t been $60 before this Double Masters reprint. The card had been steadily growing in price for the past four or five years – in fact, it’s been over six years since this card was last printed (not counting the Invention printing (or the Grand Prix promo that barely exists)). It took a steep hike from $40 to $60 when Stoneforge Mystic was unbanned in Modern last year, and has sat around there since.

I think that this reprint will bring the regular copies down quite a bit. Although preorders are currently scarce on TCGPlayer, they’re going for €23 on MKM, and I think that that’s indicative of much lower prices to come in the US. Stateside prices could well hit lower than $30, but I think that calling this from $30 to $50 is pretty reasonable. A lot of people that were priced out of the card before will be able to buy it, and a lot of people will probably be picking up multiple for different EDH decks, so don’t expect the price dip to hang around for too long.

We’re in a really weird situation with Double Masters box toppers, in that because the foils are only available in VIP packs, and non-foils only in booster boxes, you need to buy a whole booster box (~$330) to get 2 non-foil toppers, but only 1 VIP pack (~$90) to get two foil box toppers. This has meant that preorder prices for the non-foils are way above foil prices, which might seem absurd compared to what we’re used to, but makes sense in this situation. Interestingly, this isn’t actually the case in the EU, where non-foil prices are at the normal, expected levels. I’m not sure how this will pan out over the next couple of weeks, but we’ll have to wait and see.

Regardless of what weird things non-foil prices are doing, we’ve been given Exploration for only the third time ever, with the regular version using the same art as the Conspiracy printing but a stunning new art for the box topper. It’s in over 16k EDH decks on EDHREC, and the Conspiracy foils are around $70 (with no foils from Urza’s Saga). Although I’m sure some people will prefer the old version, I think that this art and borderless treatment is clearly superior if you’re in the market for pimping your deck out.

Again, prices are pretty uncertain here but there are foil copies preordering on TCGPlayer for $45, so I don’t think that $35 is an unreasonable estimate for this to hit when people start undercutting each other. Conspiracy foils sustained $70 so I’m putting that as an out target here; it might take a little while to get there but I think that these are going to be very popular. Even people that didn’t want to pay $45 for a regular copy before might be enticed by this box topper foil at such a low price, so I don’t think that it’ll be too long before the price starts to climb again.

How many EDH decks do you think Land Tax is in? I’ll give you a clue: you’re probably underestimating it. At over 18k decks and 10% of all decks including white, it’s in the top 20 white cards of all time, and the price elasticity we’ve seen backs that up. The Battlebond reprint of this card took the price down to around $20, with 4th Edition copies even hitting $15. But lo and behold, Battlebond copies were back up to $40 earlier this year.

At a cursory glance, Land Tax has a lot of printings, but three of those are foreign language (and not the desirable ones), another three are white bordered and then you’re just left with Legends (very small supply and hard to find in good condition), the Judge promo (also low supply and expensive), and Battlebond. So the vast majority of people are going to be buying Battlebond and Double Masters copies, and I think we can relatively safely set aside the other versions for the purposes of our discussion here.

It’s being printed as a mythic again, same as Battlebond, and with the superior art (yes, you heard me), rather than the, uh, classic one. I wouldn’t have been surprised to see a downshift to rare here, but the fact that it remains a mythic means that the price will bounce more quickly than otherwise. Preorders on TCGPlayer are around $23 for now, but I expect that to drop a bit further after release. They’re down at €12 on MKM ($14), and I could see US prices getting down to around $15 in a couple of weeks too. We’ve seen it happen before and I think we’ll see it again; this card is going to be $30 again before you know it.