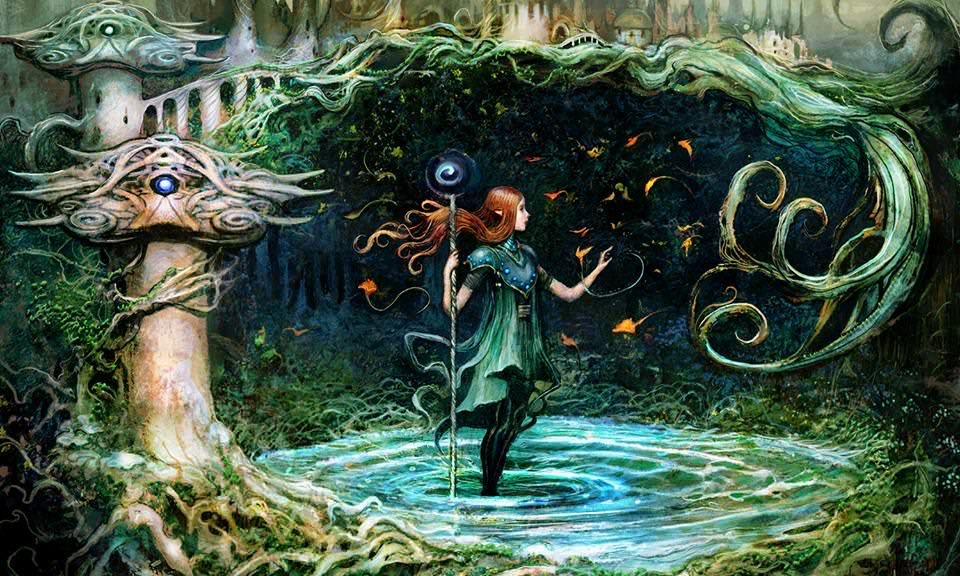 It seems like I’m doing one of these articles every couple of months now, but until WotC sort out their card designs and stop printing stuff that needs banning, I guess I’ll keep going. Two weeks ago we had one of the biggest shake-ups across four formats (well, like three and a half; Brawl only kinda counts) that we’ve had in recent years, with Standard seeing the banning of Wilderness Reclamation, Growth Spiral, Tef3ri and Cauldron Familiar just two months before rotation. As well as that, we had Inverter, Ballista, Breach and Kethis banned in Pioneer, Reclamation and Tef3ri suspended in Historic and Tef3ri also banned in Brawl.

In terms of #mtgfinance, only one of those formats is likely relevant here, so let’s take a look at where Brawl is headed after this round of bans…

Just kidding, we’re obviously here for Pioneer. Having pretty much completely ignored the format in the last set of bans, it seems like Wizards have finally listened to peoples’ pleas and sorted Pioneer out. The takeaway from these bans is probably that Wizards don’t want Pioneer to be a combo format, as they’ve axed the three big combos and taken out Kethis just for good measure.

Now that Pioneer looks to be headed towards being a big midrange format, players have been very excited to get their Niv-Mizzets back out. The combo decks like Inverter and Breach really pushed these kinds of value-based decks out of the format for a while, and although people were still playing it, it wasn’t necessarily well positioned. With those gone, however, it’s time to cast 5 colour spells on turn 7 again, and there’s nothing Magic players love more than being able to throw a bunch of random 1-of spells in their deck with the justification that they need something of that guild’s colour to draw with Niv.

I’m sure foil Niv has been called out as a spec before, probably on the podcast, but I think it’s in a better position than ever right now. There are only 21 vendors with copies on TCGPlayer, and only another 8 with prerelease versions. WAR was a very popular set, but this is still a foil mythic so supply isn’t going to be too deep.

The ramp on this one is steep so if you want any personal copies then go get them right now, because they’ll be $20 before you can blink. Give it 6 months and if this deck is still popular in Pioneer, I can see these hitting $30 easily. It’s also the 2nd most popular commander from the set by quite a margin, which is pretty impressive for a five colour card!

An additional tip on this one is to look at some of the foil Japanese copies on TCGPlayer, because there are some that are significantly cheaper than the English copies, which is bound to be incorrect down the road. They’ll be from JPN WAR boxes that people have cracked looking for alternate art planeswalkers, so snag those deals whilst you can.

Another deck that’s shot back up in popularity is the Yorion/Fires/Lukka/Agent whatever you want to call it deck. It’s kind of a Jeskai control deck, but it also tries to cheat out an Agent of Treachery as quickly as possible by making tokens and then using Lukka to turn it into an Agent. Doing that on turn 5 and stealing your opponent’s biggest threat, or even a land if they’re also a control deck, is pretty sweet.

Generally these lists will be playing full suites of Narset (can I say Nars3t because the deck sometimes plays the 4 mana one too?), Tef3ri and Lukka, and some are even packing as many as 18(!) planeswalkers into the deck! Superfriends aside, these decks are all playing three or four Agent of Treachery, obviously an integral part of the list. It’s a card that was powerful enough to get banned in Standard, and Pioneer is definitely closer to Standard+ rather than Modern Lite, so the power levels are relatively comparable.

Foil Agents have had a rocky ride up and down, but can now be had as low as $8 on TGCPlayer. The ramp up isn’t all that shallow, so these cheaper copies seem like a sure thing to hit $15 before long, and on to $20 given 12 months or less. It’s worth noting, as usual, that it’s in a reasonable number of EDH decks too – 7.5k – and sits in the top 10 cards from M20 as the most popular blue card *scowls at Deadeye Navigator*.

Rounding things off today, I’m taking a look at the Naya Winota lists tearing up the Pioneer metagame at the moment. Ok, maybe not totally tearing it up, but definitely doing pretty well. From what I’ve seen of this deck in action, it’s quite a high variance deck but when things go right, it’s insane. Your opponent can just die out of nowhere on turn 4 after you play a Winota, and that’s kinda busted if you ask me.

The aim of the game is to get your Goblin Rabblemasters and Legion Warbosses making tokens to attack, and use the Winota trigger to find an Angrath’s Marauders or two to hit your opponent really really really hard. One of the key pieces of the deck is Eldritch Evolution, which can mean you have a Winota in play on turn 3 quite consistently, and if you’re sacrificing a Voice of Resurgence to the Evolution then you’ll even have a decent body left behind to attack with the next turn as well.

Eldritch Evolution is again a card that’s been talked about a fair bit before now, but foils are in really short supply now. We had a non-foil reprint in the Mystery Boosters, but foils haven’t been seen since the original printing in Eldritch Moon. Starting at $9 on TCGPlayer, there are only 19 vendors with copies, with another 6 for the prerelease version. This deck can only get more consistent and/or powerful over time, and I am of course obligated to mention that this is also a card in 13k EDH decks, which is a very nice backup to have. Seeing as we got the Mystery Booster printing I don’t think we’ll see this card printed again for a little while, so I think you’re good to ride this up for at least the next 12 months.