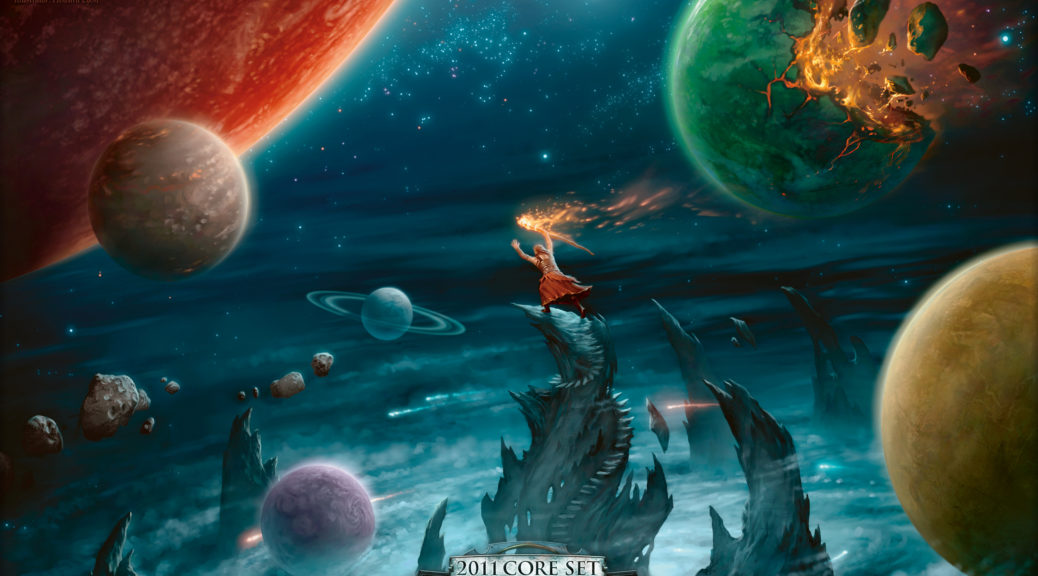 Double Masters? Haven’t heard of her. Over the weekend we had the kickoff of Commander Legends previews, along with the full set of the Commander Collection: Green released. It’s only been four months since Commander 2020 was released, but it certainly feels like an age ago – we’ve had M21, Jumpstart and Double Masters released on us since then, have now started Commander Legends previews and will be soon to start Zendikar Rising previews. It seems that Wizards are really testing the limits as to how much product they can shove down our throats before we stop buying everything – but it doesn’t look like we’ve hit the bar quite yet, as although there is definitely some product fatigue, people are still buying like crazy even during a pandemic.

So although it was only four months ago, let’s jump back in time and take a look at the winners and potential gainers from Commander 2020 (also known as Commander: Ikoria).

I remember when we first saw the free spells from C20 previewed, and thinking “hmm these seem quite good, maybe I should pick some up”, but before you could blink preorders for Fierce Guardianship had shot up to $30. Four of the five free spells are currently taking the top four spots from the set, with the green one trailing miserably miles behind. It’s pretty tragic – you would’ve thought they might have given green a small overrun effect, or token creation of some sort, but no, it got a fog. Great.

Anyway, with those cards taking up a good chunk of the EV from the set, I want to have a look at some of the other new cards and reprints that look set to do well from here on.

White has a long and storied history of being the least powerful colour in Magic, never really getting to do anything broken and being notoriously poor at accruing card advantage. Wizards have very slowly started to give the colour some more card advantage and better tools, with Smothering Tithe proving to be a very popular EDH card, and now Verge Rangers looks set to be another boon for white.

I think that this is the first time white has been given the ability to play cards from the top of their library, whilst the other colours have all had this ability in some form or another for a while. Verge Rangers unfortunately doesn’t let you play extra lands, but it’s still a good catch-up mechanism to try and keep up with the green decks. It’s a decent body on top of that, so definitely a pretty good rate overall.

Discounting the free spells, EDHREC has Verge Rangers is the top mono-coloured card from C20, and if we’re looking at raw numbers (not percentages) then it’s the most included card full stop (a bunch of the 3 colours cards rank above it because their percentage includes are higher due to having fewer total decks they can go into). I think that this will become a long-term staple for white EDH decks, so I don’t think you can go very wrong picking bricks of these up at $1.60.

Another mono-coloured card (read: goes in a lot of different decks) to be doing well is Species Specialist. I have to imagine that this slots into pretty much any tribal-based deck that can run it, and the EDHREC data backs that up. The top commander for it are almost all tribal commanders, and I think that one of the best decks for the Specialist has to be Grismold, the Dreadsower, as it gives all your opponents plants too, and Species Specialist triggers off any creature of the chosen type dying, not just ones you control. Other good synergies are where your commander is a sacrifice outlet, like Endrek Sahr and Marrow-Gnawer, or in fact the Silvar / Trynn deck that the card comes in.

50 cents for this does seem pretty low to me, as I think it’ll be a popular tribal card for EDH and casual decks going forward, giving the ability to get some serious card advantage going. I’d be happy to sit on a bunch of these and buylist out for $2-3, possibly more, in a year or so.

I actually really like this card and think it goes into a lot of decks, and a lot of different types of deck. Blue is the most popular colour in EDH, so we’re already winning there. Barracuda is the top mono-blue card from C20, so still looking good. Now let’s read the card.

Albeit strapped to a creature which is generally the most easy thing to kill in EDH, we’ve got quite a unique effect here: everyone can cast everything at instant speed, but not on your turn. Giving everyone else flash might sound scary, but if they’re not interacting with you on your turn then you have a lot less reason to care. I can see this leading to a lot of situations where your opponents interact with each other a lot and can’t do much about your stuff, meaning you can leave them to take each other out and then swoop in to win the game.

As well as that, it gives excellent combo protection; generally an effect we’ve only seen from white and the likes of Grand Abolisher and Silence prison-style cards. Giving that ability to mono-blue is some serious game, meaning that if you can untap with a Barracuda in play then you don’t need to worry about holding up extra counterspells whilst going off. This can also play well in group hug style decks, giving your opponents a helpful effect whilst actually helping you a lot more than them.