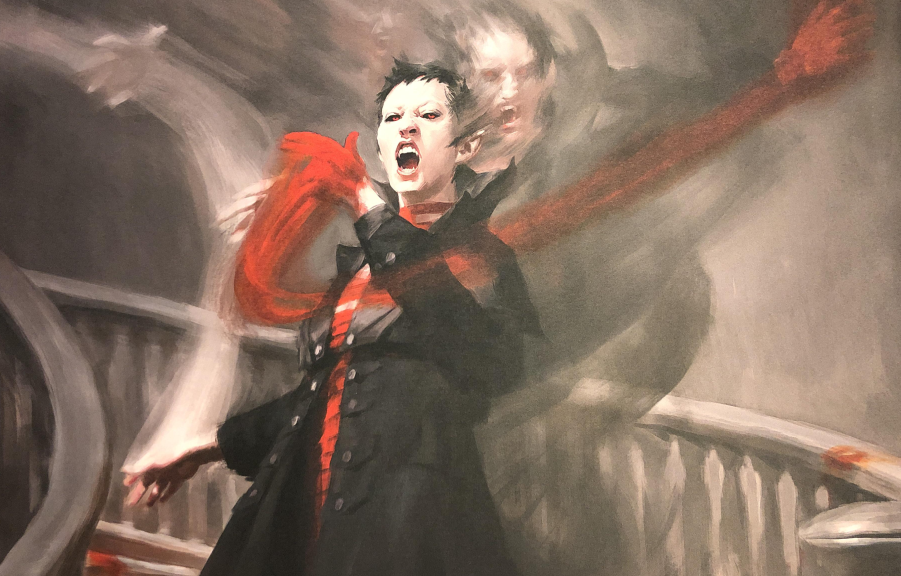 Dear reader, this has been a long time coming. It’s a joke that many like to make, that there are no bad specs, only ones that haven’t arrived yet. However, between my bad moves and those that others have posted about, there are some rules for the things to avoid at all costs.

This is not a comprehensive list of all bad specs, but the guidelines for the things I’ve seen go bad and the things that haven’t arrived yet. Some of these, I’ve done, and regretted ever since.

One thing I’m not listing here that I’m sure you’re thinking: I’ve left off mistakes around banned cards. Anticipating bans was, until recently, not a great endeavor. I freely admit that I’ve got a stack of Prophet of Kruphix in my failed spec box, hearkening back to it being the best creature ever. Could I have anticipated that it was too good? Possibly. I’m not going to be cruel to those who got hit with the banhammer, though.

This is the main thing I see in the world, and it’s something I get asked about a lot by my friends. “This card is spiking hard right now! Do I buy it?”

Invariably, my reply is no. It’s exceedingly rare to buy in on a card when it’s started a fast rise from its low point, yet still buy in low enough that you can exit with profit made. Let’s look at an example of a fast rise:

There are slower rises worth getting in on. When Field of the Dead rose to $5 off of EDH play and Modern use, despite the bans, that’s a card worth thinking about because Wizards rarely reprints banned things and this had room to grow.

The meteoric risers, though, those you want to avoid, because you don’t know what the price will be settling at. There are other places to put your money, I promise.

There are two basic reasons why a card is expensive: Either lots of people want it and are willing to spend for it, or only a few people want it and there were only a few copies of the card in the first place. There are a lot of old cards which don’t have a huge supply, and very slow demand over the years has made that card expensive. Most of Portal: Three Kingdoms falls into this realm, as an example. The cards in that set are crazy expensive because they are incredibly rare. When reprinted, and given even a moderate boost in copies, that tends to tank the price. Originals might hold their price, as part of a very rare set, but the new ones are going to be a fraction of the cost. This is why 7th edition foils command such a premium–there are not a lot of collectors who are determined to get a full set of the first Core Set in foil, but there’s enough of them to create some incredible price gaps.

In terms of more recent cards with this problem: Mana Echoes is a card I don’t want to spec on, even though I’m really high on most of Double Masters. Let’s take a look at the price chart for Mana Echoes:

Clearly, the original copies took a dive when the new version showed up at mythic. Being at mythic is likely why the drop is only this much so far. I suspect it’s got farther to drop, because it’s a card that doesn’t have a huge demand pattern. It’s only in about 3500 decks online, and that’s troubling. It wants you to play a tribal deck, and in red. Plus you need to use a ton of colorless mana, and that’s not an easy set of characteristics to match.

I have a dozen foil copies of Eldrazi Mimic in my spec binder. I bought these relatively cheap, at $3 or so, when they were new and after the initial rush had worn off. I saw what the Eldrazi decks were doing, it was the cheapest of the cards, being so new, and I dove in.

And that was four years ago.

I haven’t had a chance to sell these for anything like $3 yet, so these are going to sit, stagnating, soaking up money I could have used more proactively, instead of spending $60 on the worst four-of in a deck that caught a ban right after I bought in. There’s a chance they will be good again, but four years is a very long time.

In July 2019, we got a hint of the mechanics for the Commander decks that year. We found out the themes would be Madness, Populate, Morph, and Flashback. I wrote a whole piece about cards to run out and buy in anticipation. One of the cards I highlighted was Avacyn’s Judgment in foil, figuring that it ought to be in the deck and having the foil is where I wanted to be, as people built around the new Madness commander.

So I followed my own advice, and bought about 50 copies of the card, averaging a dollar each. And here’s the graph:

I’ve made nothing from this, and again, it’s just sitting there, a brick of wasted potential. Combine this spec with the Mimic, plus a couple others, and I could have had a dual land, or anything else with a strong growth curve.

It’s harder to highlight where I went wrong on this card, though. This is an awesome effect, but people weren’t in a hurry to foil out their Anje Falkenrath decks. The deck never really caught on, being listed only 1700 times on EDHREC. It’s the #49 commander for this color identity, but maybe if the commander had been the flavor of the month, the spec would have paid off better.