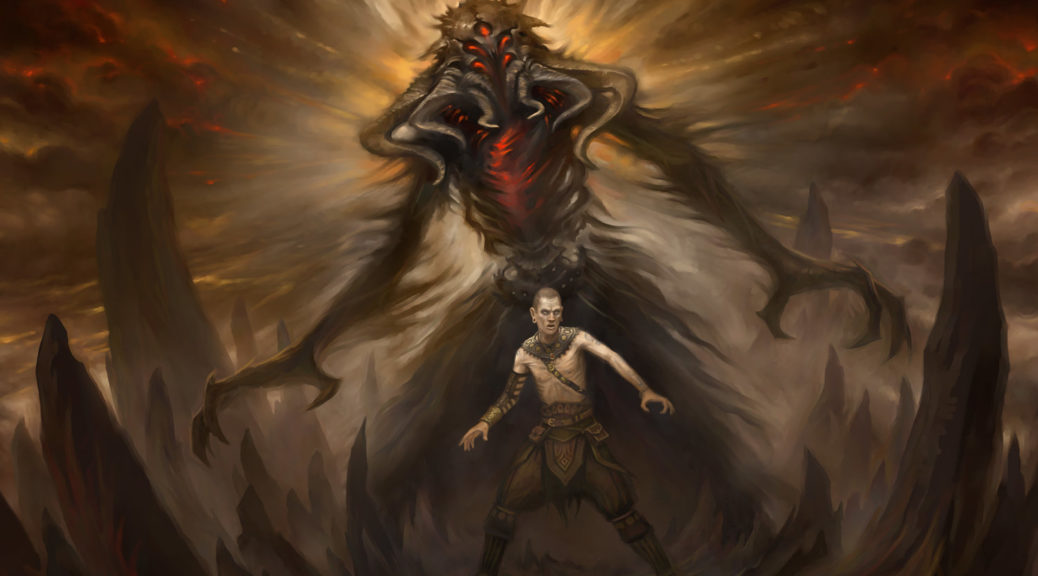 Following straight on from last week’s article, I’m back this week talking about more competitive Magic cards. Zendikar Rising has continued to make waves in Modern and Pioneer (as well as completely annihilating the Standard metagame, oops?), and if I’m honest there’s some pretty exciting stuff going on in those formats at the moment. Modern and Pioneer, that is, not Standard…

As well as a couple of new decks being formed, we’ve also seen a surprising number of cards from Zendikar Rising being adopted into current top tier decks, with impressive results for the first week or so of brewing. Last night’s Manatraders Modern tournament saw the ‘landless’ Undercity Informer combo deck make top 8 featuring a full suite of the new MDFC bolt lands, as well as Death’s Shadow making good use of the new Scourge of the Skyclaves and Agadeem’s Awakening.

As a Spirits player in both Modern and Pioneer, I was pretty excited when Skyclave Apparition first got previewed. A 2/2 flying Spirit for 3 mana that is really a better Oblivion Ring on a stick was definitely something to get hyped abo- hang on what? It doesn’t have flying?? But it’s a Spirit! And look at the art, it’s blatantly floating!

I, like many others, was caught out at first by this one, and a lot of people dismissed it as a roleplayer due to the lack of evasion. But if we dig a bit deeper into the card, I think it’s secretly really good. First off, we can exile any non-land, non-token permanent CMC 4 or less with it. Other than a couple of problematic things like Primeval Titan, that hits pretty much every relevant permanent in Modern and Pioneer, which is a great start. But the best bit is that your opponent never gets their thing back if Skyclave Apparition leaves play; they only get an Illusion token for their troubles. Imagine being able to exile a Tef3ri or Uro with this, and they’ll only be left with a textless 3/3 if they deal with your Spirit.

Outside of an actual Spirits deck, Skyclave Apparition has already popped up in multiple 5-0 Modern Death & Taxes lists, as well as featuring heavily in the sideboard of Humans decks. It’s a good replacement for Deputy of Detention, which although can sometimes get extra value by removing more than one permanent, is quite susceptible to removal (especially with all the Lightning Bolts flying around in Modern at the moment). Skyclave ensures they won’t get their Seasoned Pyromancer or Liliana back, which means you can generally run it out without much fear – and if you are playing it in a Spirits shell then you have things like Rattlechains and Drogskol Captain to protect it.

Enough of my fawning over the card though, let’s have a look at some real data. If we take a look at some EA foil rares with similar play patterns from older sets, we can easily see that $10 is just too cheap for this card. Torbran, Thane of Red Fell EA foils are over $25 with a sharp ramp towards $40. Dryad of the Ilysian Grove and Thassa’s Oracle, although having slightly larger play patterns than I expect to see from Skyclave, are $60 and $40 cards respectively. I think my point is evident; this is a great card in multiple formats and $10 is definitely too cheap for the EA foils. I’ve already ordered my personal copies up to play with, and will probably be picking some extras up soon as well.

As I mentioned in my intro, the new MDFC bolt lands have spawned some new decks in Modern. You can now play a ‘landless’ Goblin Charbelcher deck with 20 or so MDFCs to function as your mana sources, including 4 each of Turntimber Symbiosis and Shatterskull Smashing. As well as this, there’s the Undercity Informer combo deck which mills itself out and puts a bunch of Vengevines and Narcomoebas into play to attack for lethal.

Aside from the combo potential of these lands (which is definitely nothing to be sniffed at), what they really offer is our favourite thing in MTG Finance: open-ended synergy. A lot of decks in almost every format are now able to play some of these almost for free, replacing a basic land here or there to offer a slightly more painful manabase, but giving access to some powerful late-game spells as well. How many times have you drawn a land late in the game that you wish were a spell? Well now it can be both.

I think that the main targets here are Agadeem’s Awakening and Turntimber Symbiosis. Agadeem’s Awakening is already being played in Death’s Shadow lists and other Lurrus builds in both Modern and Pioneer, and Turntimber Symbiosis is slotting into Primeval Titan and Devoted Druid decks. On top of this, I think that they go right into a lot of EDH decks to replace a basic land or similar. I think that Emeria’s Call and Sea Gate Restoration will mostly be reserved for the combo decks (but also see some EDH play), with Shatterskull Smashing landing somewhere in the middle of the five.

The fact that these are mythics means that their price isn’t going to dip as easily as a rare might as we head into peak supply. I like picking up Agadeem’s Awakening and Turntimber Symbiosis at $10 or lower, and if they trend down then pick more up as cheap as you can find them. The applications for these lands are only going to increase moving forwards, so keep an eye out for any new tech utilising them.

Rounding things off today with a more familiar card, Seasoned Pyromancer was one of the cards from Modern Horizons that I think Wizards absolutely nailed in terms of power level, and that’s backed up by the amount of play it’s seen without being dominating. It’s a superb value engine and has found homes in the RG and Jund midrange decks in Modern, as well as being a great later-game play for Burn and Prowess decks to filter through cards.

Seasoned Pyromancer has already made people a decent amount of money since it was printed last year (although it feels like it was longer ago than that), but I think it’s still got room to grow. If we compare it to another mythic from Modern Horizons, Wrenn and Six is still a $50 card despite having arguably narrower applications in Modern and being banned in Legacy.

There’s a steep ramp formed from $28 on TCGPlayer, with just 20 vendors before it hits $50. It’s already more expensive than that in Europe, with the cheapest copies over $35, and although supply is deeper, this is indicative of more competitive play starting up again outside the US. Once paper play picks back up in the States, it won’t be long before the cheaper copies drain out and push this card over $50. It’s an open-ended value engine that probably doesn’t have a reprint due for at least another year, by which time you can be in and out on this with a healthy profit.