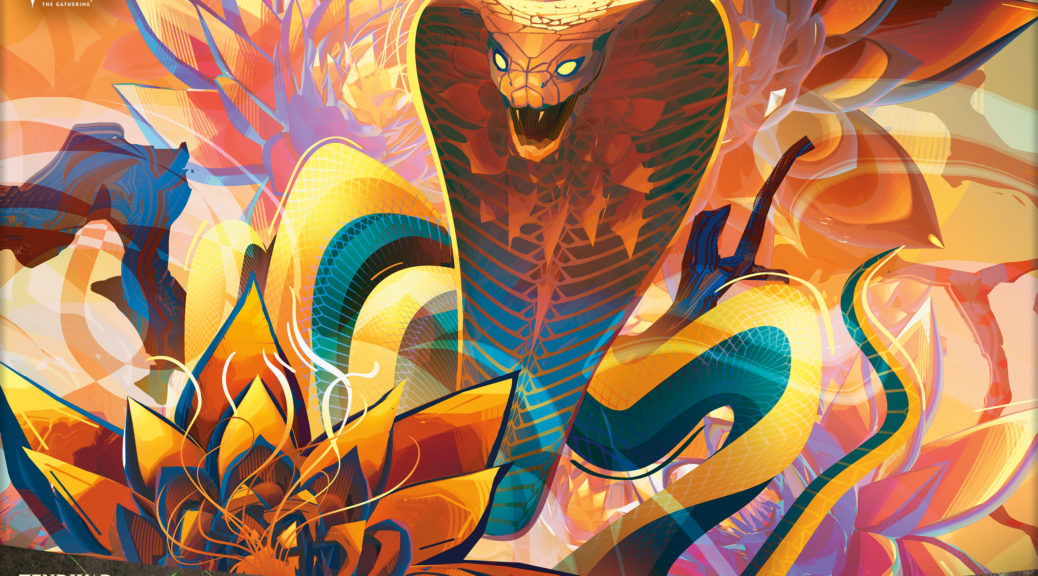 I’m going to post the EDHREC Top Commanders from last week and then from this week and I want you to tell me if you notice anything leaping out at you.

Here is this week. This week’s makes a lot more sense to me, I have to be honest. We got an influx of decks as people finally got ahold of the cards and began building, something that didn’t make sense to me at first but which data continues to repeatedly bear out.

Charix really slid because it’s a bad commander and meme decks don’t maintain their popularity for long. Kaza slid and was overtaken by Verazol, which makes sense to me (though Verazol sucks, too) and Phylath is poised to crack the Top 5. I have to imagine Tazri is overtaken by Phylath next week. The real elephant (elemental?) in the room is the jump Ashaya took week to week. Omnath went from 164 decks to 362, an increase of 120% and Ashaya increased from 31 to 100 decks, an increase of 255%. That’s quite a leap in popularity and just like we did when Akiri leapt, we’re going to look at what’s in play.

Suddenly creatures count as lands, which means anything that untaps lands can untap creatures, too. People seem to be really fixating on that aspect of it. However, the highest synergy score belongs to a card that’s bananas in this deck.

Card Kingdom is charging twice what TCG Player is for this card and that’s actually not new. Timber Protector goes gangbusters on that site and they have a hard time keeping it in stock. It’s not quite at an all-time high on Card Kingdom, but don’t expect that to stay the case. This is an entirely new axis of demand for this card and its current, 63 un-sleeved card casual demand isn’t going away. This is the card I feel most strongly about because it makes all of your creatures and Forests indestructible and has a nice, solid body attached. You don’t want someone to wipe your board with an Acid Rain, do you? Copies on TCG Player under $8 are drying up, you might want to move fast. Check out lesser known sites to mop up the cheap stuff if you don’t want to overpay.

I feel less strongly about Patron of the Orochi but a lot of what I said about Timber Protector applies here, as well. The main difference is that the price has been trending up lately rather than remaining flat which means some of our ability to realize gains on this card has evaporated. However, this is useful in other decks in EDH in ways that Timber Protector is not (Patron is in 1125 decks versus 852 for Timber Protector, a difference that seems small but it’s about 32%) which explains why it’s crept up lately. I still think if you can find $6 or $7 copies of this, you can get out above $12 fairly trivially. CK is giving $7.25 in store credit for Patron and $8.32 for Timber Protector NOW, imagine how high those numbers will get once reality catches up. CK has known these cards were monsters before now, and they’re currently high synergy inclusions in the second-most popular deck in the new set. Seems like a slam dunk to me.

As an aside, I hate saying “slam dunk” to denote something that’s obvious. If slam dunks are so easy, why is there a competition devoted to them? Why don’t other sports get sayings like that? “I love this at its current price, it’s an empty net goal, but the kind where Kucherov doesn’t skate beside you and chop you on your leg when you score it because he’s a sore loser and everyone forgot about that because he hoisted the cup last night and I hope he chokes on it.” Yep, OK. I see why we use “slam dunk” now.

I wouldn’t be surprised if the top cards are all Green deck staples, but there may be some surprises.

OK, so while this isn’t a surprise, per se, I think it’s one of the best ‘walkers right now and it’s underpriced.

Standard really propped this price up and it going down means we have an opportunity to grab cheap copies. War of the Spark is a set where a lot of the value is spread out over a lot of cards and when that happens, the box prices could really go nuts making the singles harder to get affordably, which can create a feedback loop. I think if CFB only wants $3.75 for a planeswalker that makes all of your forests tap for an extra green, we should take them up on their generous offer. Anything under $5 is correct here and this has already demonstrated it can get to $10.

The price of Ranger isn’t at an all-time high, but the buylist price is and that’s something worth noting. Anything under $5 on this seems correct, also. Ranger can pick itself up to circumvent the “only use this ability once per turn” restriction, which makes this a very good combo enabler with Ashaya out. It sees play in multiple formats in Elves decks, also, and there aren’t too many copies floating around despite its rarity given how long ago Visions was. It’s not just these copies that make sense, either.

Why not shell out $120 clams for the FNM foil? Oh, because you’re not a complete lunatic? OK, then, message received. I assume the spike in 2018 had something to do with Pauper – I don’t always catch every price increase or know why it happened but good for you if you had these at the old price. The price is declining steadily, but if you happen to find these mispriced somewhere or have them in your collection, these are worth more than you perhaps thought.

This isn’t Ashaya-specific, but these are probably at the floor. Double Masters was opened for about 45 minutes and now people are on to the next thing, and the next thing is a set with Landfall creatures. This will be reprinted again, possibly in Commander Legends, but I think they’ll wait a few years in between and trade off with Burgeoning like they have been.

Ashaya is a fun, unique deck and it lets green be green. People are going to continue to be very excited about the insane plays the deck can pull off and green staples, already great buys, will become even better. That does it for me this week. As always, I welcome dissent in the comments section. Until next time!