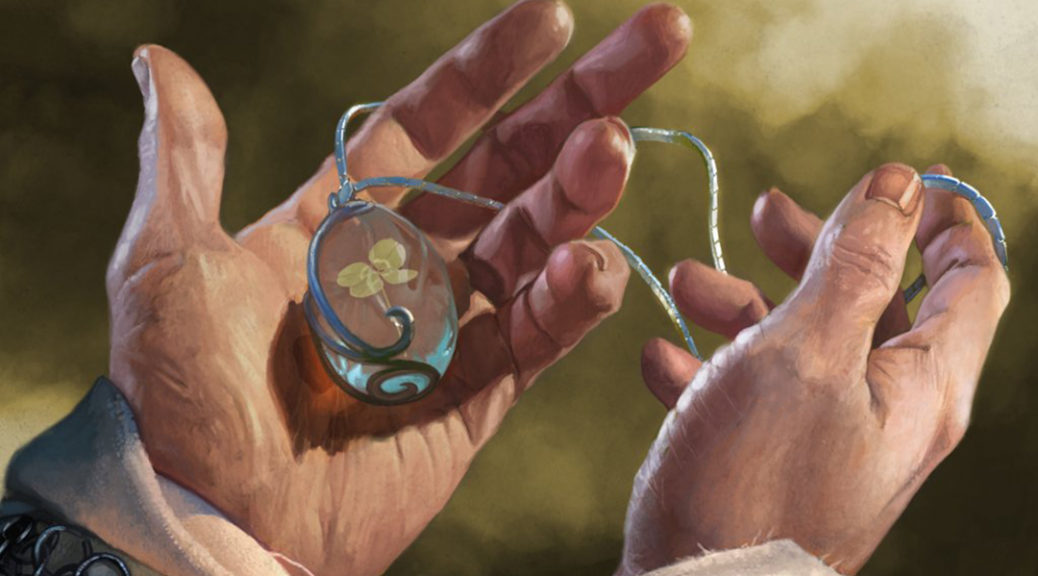 Okay, so uh, I got my dates wrong re: Commander Legends preview season in my article two weeks ago BUT it turned out I was actually kind of right by accident due to the leaks we saw. I’m not discussing the leaks but it seems like I was thrown off by the set release date being moved back, meaning that preview season got moved too. Nevertheless, I like playing with fire and so I’m back today with some more great cards that I’m confident won’t be reprinted in Commander Legends, so buckle in and don’t forget your wallet. You’ve got to ask yourself one question: ‘Do I feel lucky?’ Well, do you, punk?

Remember a few weeks back when I raved about Skyclave Apparition for way too long? Well, turns out I was right the best deck playing it in Modern at the moment is Death & Taxes, featuring – surprise surprise – four copies of Stoneforge Mystic. This is a card that was banned in Modern for a long time, and since its release from jail has shown up consistently in a wide variety of decks, without being so dominant that it could see another ban. As well as being in D&T, Stoneforge shows up in various Stoneblade decks, and can also be found in some of the midrange “Uro Piles” decks.

Stoneforge Mystic shows up in a touch over 8000 EDH decks recorded on EDHREC, and has actually seen an uptick in play with Zendikar Rising, being included in almost half of all Akiri, Fearless Voyager decks. It’s not as prolific as it perhaps could be, but 8000 is a solid number and this box topper is by far the best art the card has ever had so I would not be at all surprised if a large proportion of people wanted to upgrade theirs. I certainly know that I’m going to do so!

The Modern play that Stoneforge sees coupled with moderate EDH demand means that these box toppers aren’t going to hang around forever. Across the board, Double Masters box toppers and regular cards have mostly seen downwards pressure since the set’s release – this is due to a mixture of very little paper play happening, the hype cycle moving on and people saving money for the approaching holiday season. That makes for a perfect little storm, so it’s an ideal time to pick up undervalued cards from Double Masters – and that includes Stoneforge Mystic. This won’t be a quick flip like some things, but I think it’ll be a heck of a long time before we see this art plus borderless treatment on Stoneforge again, so this is a good one to store away for  18-24 months and be pleasantly surprised down the road.

I’m flying a little closer to the sun here, picking a good Legendary creature that hasn’t been printed in a couple of years. I’m still pretty confident in it though, because it’s still not exactly a high priority reprint and should give us plenty of breathing room.

Shalai is in a surprising 14k EDH decks listed on EDHREC, with another 415 playing her as the commander – and provides multiple powerful effects on one body. Giving hexproof not only to your creatures, but to you and planeswalkers you control as well is a huge boon, meaning that if someone wants to touch you or your boardstate they have to go through Shalai first. If you can’t suit her up with something to give her hexproof or indestructible then you’re really rolling. On top of all that, her second ability can either act as a nice buff for your team, or play part to an infinite mana combo making your creatures arbitrarily large and swinging for lethal in one go.

Shalai also sees a smattering of play in Modern and Pioneer, often being used as a one or two-of in Collected Company / Devoted Devastation decks, both to protect the combo pieces as well as being one in and of itself. There aren’t a lot of foils left, with just 16 listings on TCGPlayer with some promo copies also available. This was before the increased foil drop rate and the card doesn’t have any more fancy versions, so pack foils are a good bet here to head up towards $25 before too long.

Ok, this is a pretty simple one so I won’t waste too much of your time with it. Ancient Tomb original expedition – $145. Box topper – $95. New expedition – $46. See where this is going? Ancient Tomb is an incredibly popular EDH card, registered in almost fifty thousand decks. We’ve got three premium versions of the card now (the FTV version doesn’t count, despite good art the foiling sucks), and peoples’ choices as to which version they want for their EDH decks will be a combination of budget and aesthetic considerations.

Being able to save $50 by playing the newest expedition as opposed to the box topper will be a big draw for some people, and so it’ll be a popular buy for quite a while as the price moves closer towards the UMA copies. In the meantime, I don’t doubt that the original expedition and box topper prices will also drift upwards a bit, making the window for saving money on the ZNR version wider. Basically, this is good to hit $70-80 in 12-24 months.

Is Ancient Tomb going to be in Commander Legends? I highly doubt it. There is a very slight possibility that it’s included, but if it is I’m sure we won’t get a fancy version and I honestly don’t think we’ll see it at all. I think we’re close to being at lows for Zendikar Rising expeditions, so the next couple of weeks are when you probably want to be picking these cards up, whether it be for personal use, collection or spec purposes. Over time we’ll most likely see the same sort of trend that the Box Topper Ancient Tomb took, not getting up to the dizzy heights of the original expedition but certainly moving a decent chunk.