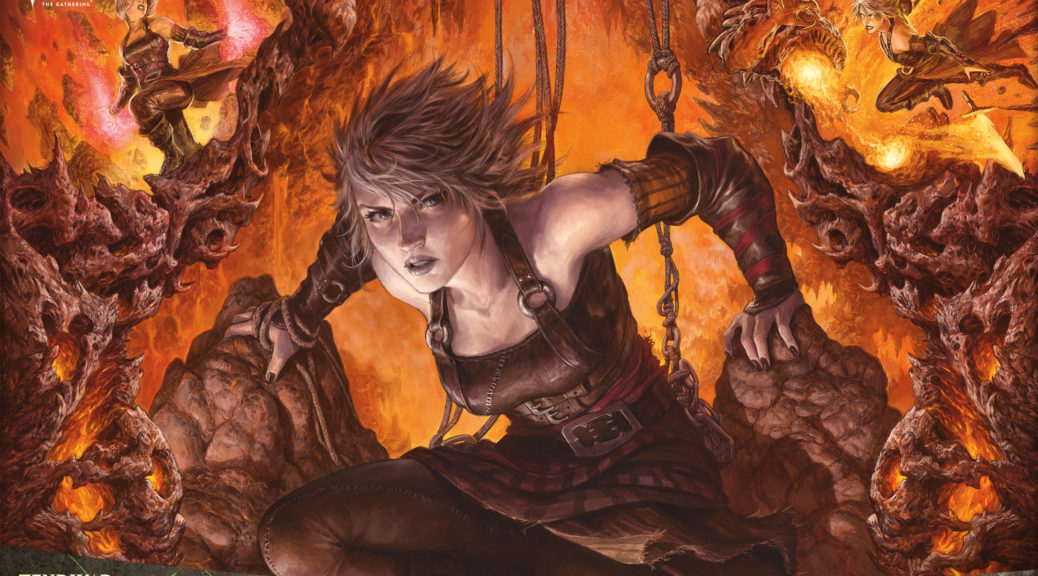 You know how I am always talking about how my data-driven approach has caused my confidence in my specs to increase as well as my hit rate? You’re getting better advice and making more money, I look smart, people go to EDHREC, etc? This is the week every 6 months we forget all of that.

Well this card is pretty stupid and ignoring the cards that could go up as a result seems stupid, also.

This is the biggest winner in terms of playability because you can force two players at once to hand over their decks (hopefully not on webcam) and you can take anything you want. Normally you’d target yourself and someone you kind of like, but Agent changes the whole game. I already liked this card, for the record.

Being the 9th-most-played card in a frankly STACKED set like Core 2020 is a good indicator that Schemy boi had some upside already. I also think Schemes Supremes over here is sort of tough to reprint per se in the kinds of products where they historically have printed Commander cards so it could be fairly insulated against a reprinting. Sure, you’ll make a ton buying Vampiric Tutor when it bottoms out and then goes back up because it’s Vampiric Tutor, but you didn’t need me to tell you to do that.

Fantastic Voyage over here was already in the midst of shaking off a reprint. It’s curious that it bottomed out 2 years after it was reprinted and not right in 2016 when the Commander deck containing it came out but you can see that the ceiling on the card is about $13 when its supply was half of what it currently is. EDH took it from $2 to $6 as a matter of course, I think its synergy with Opposition Agent makes it a card to *watch* if nothing else.

The internet works fast and this card is drying up faster than it already was. It’s been increasing the whole last year despite being a profoundly boring card to build around. Buying these now will be risky but if you have these, sell into the hype imo.

Any card that spent the year growing in price by 50% on Card Kingdom and stayed flat everywhere else is worth looking at in my opinion, as Card Kingdom is the canary in the coalmine for prices on EDH-only cards. If you can get this for half of what CK is charging now and it goes up, you can probably just turn around and buylist these to Card Kingdom for like $10 in store credit if it spikes. It was climbing anyway, so you actually can’t really lose, here.

This is a trap.

I mean, I think. The *second* time someone did OK at an SCG event with that stupid Food Chain, Misthollow Griffin deck, I really didn’t expect that to be the reason Food Chain went from $10 to $50 considering the initial print hype only made the card go from like $2 to $10 and EDH demand didn’t change at all over that time period. So when I say “this is a trap” I am basing this off of the fact that a deck built around Krark will be terrible and worse than Zndrsplt and Okaun decks already are, which is bad and mostly a novelty. If you have the cards, and you should know what the cards are without my help, sell into the hype. Here’s what I think moves but not sustainably.

This is mostly sold out, but what’s actually curious here is the price trajectory on Card Kingdom specifically.

It is obvious where Battlebond came out, but the price started ticking back up over time after the initial feeding frenzy ended. The deck isn’t built a ton and it’s sort of clunky and all of the stuff that was bulk before went right back down to bulk, but the iconic card stayed high on Card Kingdom specifically. It went back to $4 on TCG Player and up to $20 this week (second spikes will do that) and I still have a bunch of mine from last time because I couldn’t sell them and didn’t want to out them for CK store credit (they’re paying $9 now). Iconic cards don’t plummet like cards like Game of Chaos and Squee’s Revenge are going to. It’s likely too late to make nay money here unless you still had copies from last time, but I think that’s probably fine. The deck sucks without access to Blue, anyway. Also, I think it kind of sucks with access to Blue.

So this card is actually incredibly busted AND it has partner so you can add another color (Blue) or other colors (Blue and Red or Black or Black and Red) and did they test this card? It generates a ton of value.

The good news is this is incredibly powerful and will cause a lot of decks to be built. The bad news is that anything this enables is already expensive and probably won’t go up much. I think it’s worth looking at every landfall token producer in this context, every Karoo all the way back to literal Karoo and that cycle and what this gets partnered with. Omnath, Locus of Rage, Emeria Angel, Scute Swarm – there’s no wrong way to generate infinite tokens with this stupid card that, I would like to remind you, can be your commander.

Here is what I think this card is most nutty paired with.

Once flirted with $30, now gettable under $15? Okey dokey. The Mystery Boosters didn’t add as much supply or as cleanly as people think and this is a card that is worth $30 because every set has one or two cards that as good with it. Purphoros and Impact Tremors will always be good in a certain kind of deck.

This is stupid. You make infinite clues with a Karoo. I don’t understand the rationale behind Kodama.

Now, I don’t speak German and some people are alleging that it’s been mistranslated and should read “nontoken permanent” which would still be quite good, but I haven’t seen anyone from Wizards verify that so I’ll assume the translation is correct. Insanity.

Karoos are back on the menu, boys. Yank these out of bulk – CK was getting nearly a buck apiece on these recently.

I’m sure there is stuff that I should have talked about, like the fact that pirates are a huge theme in the set, but since we don’t have any data and anything we’re baking on as a result of these particular cards is a gamble, I’ll save data for when we can afford to wait. For now, sell into hype, buy at your own risk and don’t take any wooden nickels. Until next time!