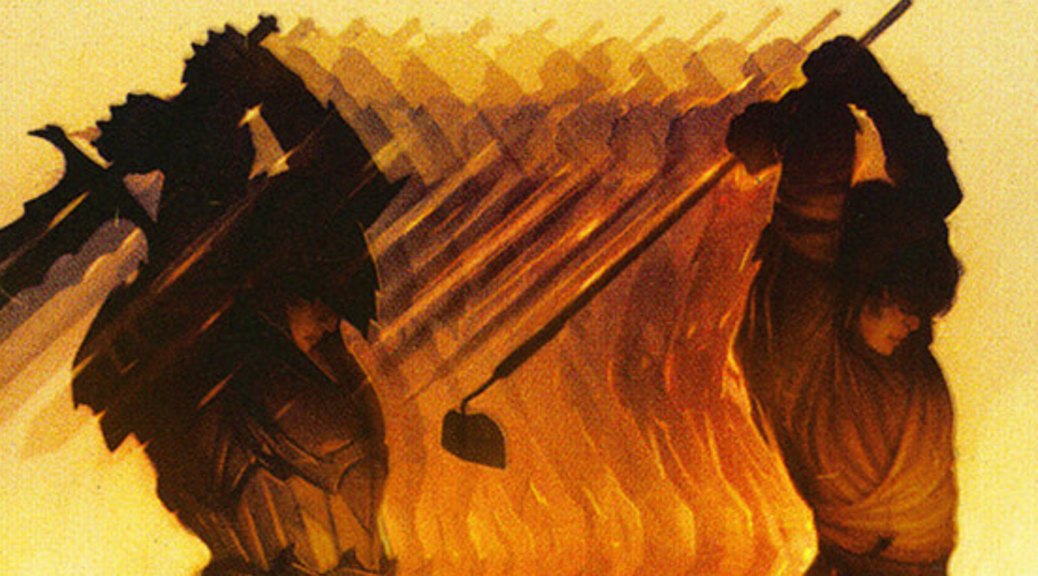 Don’t brace yourselves, because Ned Stark never said that, but what you should do is brace your wallets for Commander Legends. Along with a billion and one new Legendary Partner cards (which for the record I still think is a stupid mechanic that they shouldn’t have doubled down on), we’re getting a decent slew of reprints in Commander Masters Legends. Preorder prices have been racing downwards since previews were revealed, and there are going to be some really tasty prices for us to feast on.

This is another of my ‘don’t necessarily buy right now’ articles that I like to do in the run-up to set releases, but I’ll discuss that further in my individual picks – so be sure to take note. Especially heading into the holiday season prices are going to be getting lower than average, with people spending more of their money on presents and less on cardboard.

$30 might be a slightly optimistic buy-in point for Vampiric Tutor, but honestly I don’t think it’s far off. Although preorders on TCG are always thin on the ground at this point in time, over on MKM they’re already preselling for under €30 (~$36), so if you have access to that market then I’d be sorely tempted to grab a few right now, especially if you’re just looking to grab any personal copies. We could see it dip below that before release, or as we head into peak supply, but if it does then I doubt it’ll be by much. After its printing in Eternal Masters we saw prices around $30 so I wouldn’t be surprised to see a similar trend here.

Vampiric Tutor is in over 36k decks listed on EDHREC – a pretty staggering number to be sure – but we know that EDH players just love their tutors, and an instant speed tutor for one mana is too good to pass up for a lot of black decks. This reprint will be a big opportunity for a lot of people to pick copies up that were previously priced out of the card, and the bling-minded among us will be scooping up the gorgeous foil EA copies.

I’m picking the regular version here instead of the Extended Art for a couple of reasons: I think it stands a lot to gain over a 1-2 year horizon, and I’m honestly not sure what kind of pricing we’re going to see for the EAs and EA foils. I don’t mind saying that I don’t feel confident enough to give you an exact dollar amount that I want to be buying EAs and EA foils at, but I will say that I’m going to be keeping a close eye on them as prices tumble once Collector Boosters start to get cracked and we head into peak supply. The lowest EA non-foil is currently $100 on TCGPlayer but I think that’ll come down towards $60-80, with foils probably staying $100+ for the most part.

The EMA version with the same art as this had gotten up well over $100 before the reprint had been announced, so I think that $30 to $60 is rather a conservative call and you can probably make a decent chunk more money than that depending on how long you want to hold onto them for.

Blue mages rejoice! The best counterspell in Magic (probably) has been given to us again, meaning that even more people at the EDH table can counter an Expropriate and then cast their own almost for free the next turn. Ugh, I just threw up in my mouth a little bit. Anyway, if you’re the type of person that wants to do…that, then Commander Legends has just taken $100 off the cost of doing so.

Anyway, pretty much everything you just read about Vampiric Tutor goes for Mana Drain too. We last saw it in Iconic Masters, which depressed prices down to a little under $50, and I fully expected to see prices around the same with Commander Legends. It’s almost as if I’ve just checked MKM and can see that they’re currently preordering for $53…

Despite being a little less popular than Vampiric Tutor, Mana Drain has always retained a higher price tag – it has fewer printings and is slightly less replaceable than Vampiric Tutor can be. Although we’re moving into an era of more frequent reprints across the board, the high price tag on both of these cards means that Wizards need to be careful where they print them, and so we probably won’t be seeing them again very soon, meaning that we can get a good run out of them in the meantime. Mana Drain was $150 before this reprint, so $100 seems pretty easy to get to again.

The EA versions of Mana Drain we’re getting in Commander Legends are especially hot, using the swirly vortex art from the Iconic Masters printing. Same as Vampiric Tutor, EA foils will be big money so keep an eye out for when they hit lows.

For my last trick card, I am actually picking an EA foil specifically. Although we’ve pretty much just had Austere Command printed in Double Masters, we’re being given it again in Commander Legends. Why that might be is a question scientists still can’t answer, and I amongst many others are caught holding copies from 2XM that have just had their spec timeline lengthened considerably.

Never fear, however, because we are being indulged with an EA version of the card, which I think outclasses any premium versions of the card we’ve had before. The original Lorwyn and Commander set copies have, in my opinion, the best art, but they’re cursed with the absolute mess of text that Wizards used to use for modal choice cards, rendering them a lot less popular than they otherwise might be. After that the other printings in Iconic Masters, Double Masters and now Commander Legends use the newer art, with the final version being the (ugly) Invocation from Amonkhet.

For the vast majority of people I think that this EA foil will certainly be superior to the Invocation, which is the only other ‘premium’ printing, and probably better than the Lorwyn art copies as well. That means that a lot of EDH players are likely going to upgrade their copies for their decks, pushing up the price of this Collector Booster-only item. Preorders are low in supply at the moment, but copies can be found for €5 on MKM and around $10 on TCGPlayer, which indicates to me that we could easily see these around $5 at peak supply. Another EA printing is probably quite a way off after this one, so I think that they’ll have a good amount of room to grow towards $10-15.