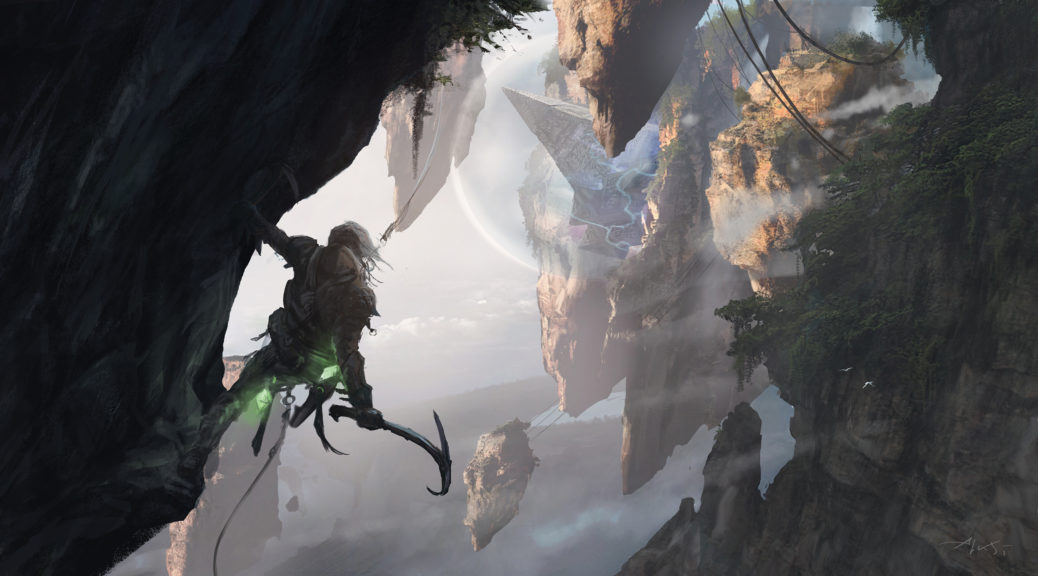 I last wrote about Zendikar Rising back in September, before the set had been released and talked about some EDH cards I wanted to buy when they bottomed out. Let’s check back in on those shall we?

So some free advice: now would be the time to buy some of these if you fancy some good returns in a year or so.

Seeing as most things from Zendikar Rising seem to have bottomed out now, I wanted to revisit the set and take another look at what I think some of the best pickups are at current prices (other than my previous, incredibly prescient picks).

Talking about things I’ve talked about before, I’ve also talked about Skyclave Apparition before in one of my articles. That was a mouthful that I probably definitely could’ve worded better, but oh well. A couple of months ago I called Skyclave Apparition FEAs to move from $10 to $25 based on the back of some early competitive play for the card, and I’ve got to say it’s only gotten better since then.

Skyclave Apparition has been showing up in a bunch of different top tier decks across Standard, Pioneer, Modern and Legacy (and Historic I guess?). It’s been heralded as the best white card printed in years, and to be honest I can’t really dispute that when it comes to these competitive formats. The card is fantastic and is doing even better than I had hoped for when I wrote about it back in September.

You can go and read what I wrote about the card back then, but I want to update my projection for the FEA copies and call them from where they currently are at $16 to land north of $30 before too long. There are only 25 listings left on TCGPlayer, a grand total of five of which have more than one copy listed (and even then only contain 2-3 copies each). When paper play picks back up (and yes, I know I keep saying that but trust me – eventually it will and you’ll be glad you picked up cards when they were cheap because oh boy are some cards from sets released during the pandemic going to get pricey), these are going to be in very high demand and you’ll feel quite smug outing your copies you got at $10-15.

Is it a competitive staple? No. Is it a big EDH card? Yes. So where are we going to buy it? That’s right, in Europe! Well done, we did it. That wasn’t so hard now was it?

Jokes aside, you can follow this logic for most Magic cards. Competitive-focused cards are generally the same price in the US and Europe, or cheaper in the US, and EDH cards are almost always cheaper in Europe. There’s already a steep ramp formed on TCGPlayer of these, starting at $23 and heading to $30 in no short order, with only 22 total listings. Over on MKM however, there’s a relative glut of supply at the €18 mark – some tasty pickings if I ever saw them. The healthy supply in Europe might mean a weaker demand profile for the card on this side of the pond, but that just makes it an even better arbitrage opportunity to ship Stateside.

Ancient Greenwarden has been one of the most popular EDH cards picked up from Zendikar Rising, because it’s green and says ‘land’ and ‘graveyard’ on it. At a touch over 2400 decks, Greenwarden clocks in at the number 5 include from the set – it’s effectively a beefier Ramunap Excavator that is actually a relevant body on the board, especially seeing as it has Reach strapped onto it (because it wasn’t doing enough already).

Given the steep ramp on the card already, I think we’ll see these up to $40 within 12-18 months or less, which makes for a nice return if you’re picking a bunch up in Europe.

Sorry to disappoint anyone hoping for a non-foil pick today, but these foil extended arts are just too good to skip out on. They’re the lowest supply versions of cards being printed into Standard sets at the moment as well as being the prettiest things around, so what am I to do really?

Thieving Skydiver has uh, taken a dive in price (unimaginative, I know) since the release of Zendikar Rising, but remains one of the most popular EDH cards from the set and takes the number one slot for blue cards. Mana rocks are such a huge part of EDH, and so being able to steal them for such a low opportunity cost is a huge boon – especially in a blue deck that may well not be playing green and so be worse off when it comes to ramping out.

Although this is only a rare and not a mythic, I think that $7 is way too low for an FEA EDH all-star, and before long this is going to start climbing significantly. You should probably be playing this in every blue EDH deck you own, so I’d grab some personal copies here alongside some more to spec on. They’re around the same price in Europe at the moment so grab whatever is easiest, but give it a year or so and these aren’t going to be very cheap at all any more.