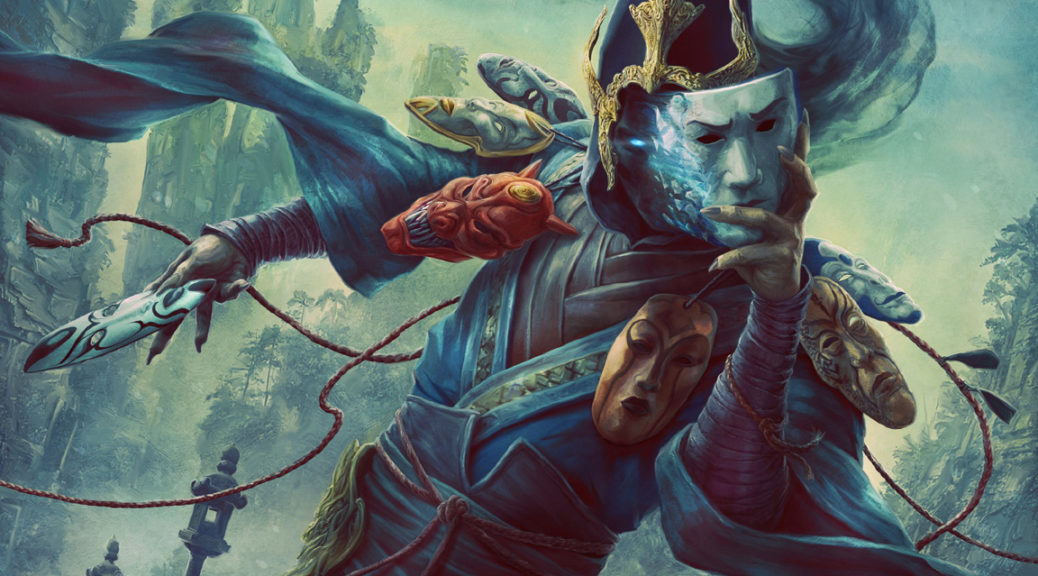 We have gotten our system mostly down to a science by now. New commanders come out and as the data trickles in, we start to see trends in what people are playing and anticipate their needs accordingly. EDHREC data is easy enough to parse for the most part. Hopefully we have enough of a grip on what to do that when we’re thrown a curveball, we can adapt. Why do I bring that up? Were we thrown a curveball? INDEED WE WERE.

*I don’t know if I mentioned it here yet, but ignore Negan. When EDHREC set up the scraper for the Secret Lair stuff, it associated all of the Secret Lair cards with their existing versions. The problem was, the Walking Dead stuff didn’t have existing versions and the cards got shunted into a subfolder. All of the data was collected and catalogued but there was no pathway for that data to make it to the front page. There were 77 Negan decks made so far on all 5 websites EDHREC scrapes total between today and when they were previewed. With demand that low, we didn’t notice that the data wasn’t showing up because we assumed it was under our minimum threshold. The decks aren’t that popular, so it’s safe to ignore them for finance purposes.*

What you’re meant to notice is Sakashima jumping up from “not in the running” to 2nd place and Obeka falling to third. This is news, and it presented some interesting challenges to us from a data parsing perspective. That is to say, what will we see when we click on that Sakashima card image and go to a webpage?

Something is wrong here. Do you see what it is yet?

It took me a second for it to register, also. That’s namely because nothing looks wrong because nothing IS wrong, exactly. Something IS missing, though. The other half of the deck, basically. Sure, there are some people running Sakashima as a solo commander, but not too many. There’s also no real way to figure out which is which without tracking down individual decks. I am not going to do that and that’s because I don’t think that matters. Here’s why.

Remember the exercise we did last week where we used the list comparison tool to try and glean cards that were played in multiple decks? The cards that were only in one of the two or three decks seemed like they’d be less impactful than the ones played across all of the decks so we focused on the common ones because they seemed to have more demand and more chances for a deck they were in to really pop off. It was sound logic and I stand by it. Might I suggest we apply the same logic here? If Sakashima as a partner is that popular, it doesn’t matter if it’s played as a solo deck or partnered with Kydele or Krark (Sakashima is paired with Krark a lot – more on that in a minute) or whomever. Is there a difference between Sakashima as a solo commander and Sakashima paired with Vial Smasher for the purposes of figuring out Sakashima staples? No, not really. If the data were organized differently, we would do the work of putting all of it in our comparison tool to see which cards were common across Sakashima solo, Sakashima/Tymna, Sakashima/Krark ad nauseam anyway, right? The way this data is presented, that work is done for us. We’re seeing that list.

That being the case, what’s good across all types of Sakashima deck?

The first thing I noticed was “Wow, this card went up like 2 weeks after I bought like 20 of them to play with but didn’t say anything to anyone about it.” The second thing I noticed was that it cost more on TCG than on Card Kingdom. That’s a red flag. Let’s investigate.

Ok, that checks out…

This is partially something both Zareth San and Anowon got started. Thada being a Rogue and a Merfolk was relevant and then it turned out that it’s a very good card everyone slept on despite me mentioning it twice a month on Coolstuff (I know you don’t read those articles, it’s cool). Thada is $9 NM on TCG Player. Those played copies getting mopped up moves the average and then it’s a $10+ card on its way up. $9 is high, certainly, but it’s not done.

Channel Fireball sold out of these so quickly, our scraper hasn’t had time to adjust. They have one $8 copy left. This was $6 a year ago, expecting it to be any less than $10 right now is folly. I recommend mopping up anything NM under $9 on smaller sites before anyone messes with TCG Player stock since that’s the one site people notice when something sells out. This is a $15 card that’s going to be tough to reprint, it’s about time we acted like it.

These are legit a buck in Europe*.

Arbitrage opportunities are rarely as pronounced as this. Europe has a real disdain for EDH that results in ridiculous price discrepancies like this, so when people complain about Americans “invading” their market, remind them they could just… you know, start caring about EDH and then all of their cards would be worth money, not just the 30 that are good in Modern. If you live in Europe, buy these and send them to me, I have 4 Omnath decks and at least 2 of them want to run a copy of this.

*As many of you have mentioned, it is $1 for Italian copies but English copies have already climbed to nearly $6. In order to properly arbitrage, you’ll need to exchange these for an English copy currently in use and sell the English one. That’s fine for someone like me who will play with any language in EDH because I have way too many decks to care, but doesn’t scale well enough to be considered advice. MKM is getting more and more efficient at matching the US market on cards used in EDH so you’ll need to be more nimble at buying than I was at advising this time.

“The Year Of Commander” spit out about 900 new cards that are competing with this for a very finite number of reprint spots. This keeps flirting with $12 on Card Kingdom, something giving it a shot of hard, sustained usage would keep the price from cycling and make Card Kingdom raise their buylist price. If this hits $15 on Card Kingdom, paying $8 on TCG Player looks pretty attractive. This is 4 years old and hard to reprint and I think it can, bare minimum, hit $12 on CK again.

One more thing – you can click on the list of partners to get an expanded view and see what Sakashima is most often paired with. Clicking on any of these cards will take you to the combined partner page where you can see the cards in decks with both commanders.

Damn, I kind of want to build a Krarkashima deck now. Check out the page, it looks sweet. Storm shenanigans all day. Make as many copies of Krark as you can and then flip like 4 coins to dome someone for 12 with a Lightning Bolt. Brilliant! If you already have a Zndrsplt/Okaun deck, it’s now way better.

I didn’t see anything specific to any of the partner decks that wasn’t just generic goodstuff, but you’re free to peruse each list at your leisure. You’re smart people, you have excellent tastes in columns after all. There is one card I want to discuss before I forget, though.

That does it for me this week! I’ll be back next week with more surprises, more thrills and chills and more Eurobitrageortunities as I call them. If your delicate frame can sustain that much value, meet me here in a week. Until then, happy brewing! Until next time.