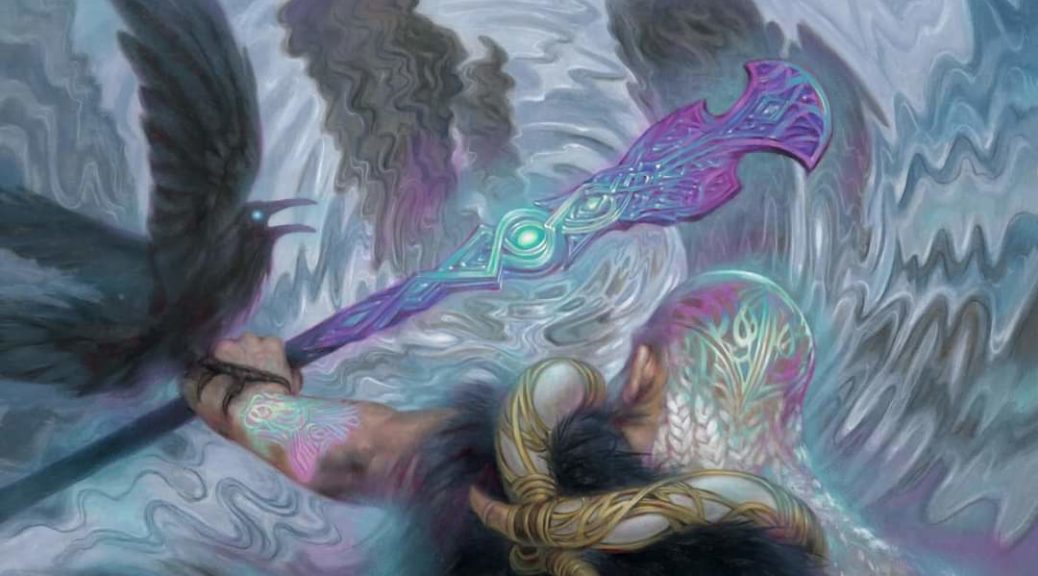 As everyone is looking forward to Time Spiral remastered (and I’m crying over how difficult it will be to get the foils I want for EDH), I think it’s time for us to take a little look back at Kaldheim. I say “look back at” like it didn’t just come out a month ago, but the product cycle is so fast these days it feels like we’re already seeing it in the rear view mirror.

Anyway, now that Kaldheim has been out for a little while and people have had time to buy their cards and build their EDH decks, I want to take another look at the set and find some good cards we might have missed the first time around.

Toski creeps into the top ten Commanders for Kaldheim at number nine, but if we compare it to the other rare legends at the top of the table (that have Showcase variants), we can glean some interesting data. Toski may only be at number nine as a Commander, but is in more decks as part of the 99 than any of the others above it – i.e. Tergrid, Magda and Jorn. Those three are popular in their own right as generals, but when it comes to being part of the main deck they don’t stack up to the power of the little squirrel.

Toski is uncounterable and indestructible, a combo which can make it very difficult to deal with. It fits perfectly into more go-wide strategies like tokens or Edric style decks, and the card advantage it can get you just makes it an excellent addition to most green EDH decks.

Showcase versions of Toski can currently be had around $8 on TCGPlayer, but for a rare that’s only just come out, 37 listings is not a lot. Tergrid has double the number of listings than Toski does, and yet is double the price – starting around $15 for NM foils. That seems pretty off to me, and I think that the Toskis are way cheaper than they should be. Grab some of these under $10 and I think you’ll be very happy with your purchase in 6-12 months.

Binding the Old Gods is the most popular uncommon from Kaldheim for EDH in terms of percentage inclusion, and it’s another one where I want to take a look at some more numbers. At around 470 decks it’s in 11% of possible decks registered since Kaldheim came out, with the next most popular uncommon being Saw it Coming at 10%. Both foils are going for around $1 on TCGPlayer, but Binding has less than half the listings Saw it Coming does – this implies much greater demand for Binding.

It certainly feels like the kind of card that people are going to want to foil out more than a counterspell – it’ll stay in play a few turns and the foils really do look great. Apart from that it’s just a great card in its own right; the fact that it can hit any nonland permanent rather than just a creature makes it much more powerful than it otherwise might be. On top of that you get a bit of ramp plus a probably favourable combat step, so I can see why people are putting it in their decks.

I like grabbing a stack of these around $1 and would even go as high as $2 if you can pick them up in larger quantities. I think it’s a card that will most likely retail over $5 in a year or 18 months, and buylists will probably not be far off that as well. If you can buy for $1 now and buylist for $4 in 18 months then I’m totally happy with that.

You might see Doomskar as just another five mana wrath for EDH, but I think it’s actually a lot better than that. Yes, you have cards like Wrath of God and Day of Judgement at four mana, but to get the best out of Doomskar you’re going to be Foretelling it. I think that Foretell is actually really powerful in EDH, because although there isn’t often a lot of direct hand attack going around, there are almost always going to be people casting Wheel of Fortunes et al., along with other discard effects to boot. Foretell gets around that really nicely, and so to be able to stash away effectively a three mana wrath, safe from almost every angle, is a really powerful thing to do.

Clocking in at over 650 decks registered on EDHREC, Doomskar is up there with some of the most popular cards from the set and is the most popular white card by a very wide margin. You need to pick and choose your wraths in white decks because there are a lot of options, but I really do think that this is now one of the best ones there is – especially when you consider the fact that you can Foretell something on turn one off a Sol Ring or Mana Crypt (etc.).

You can currently grab foil extended arts at around $9 on TCGPlayer, and although there are 63 listings, only a couple of those have 4 or more copies. Supply isn’t super deep, and given 12-18 months I think that this could easily see $20-25 or more.