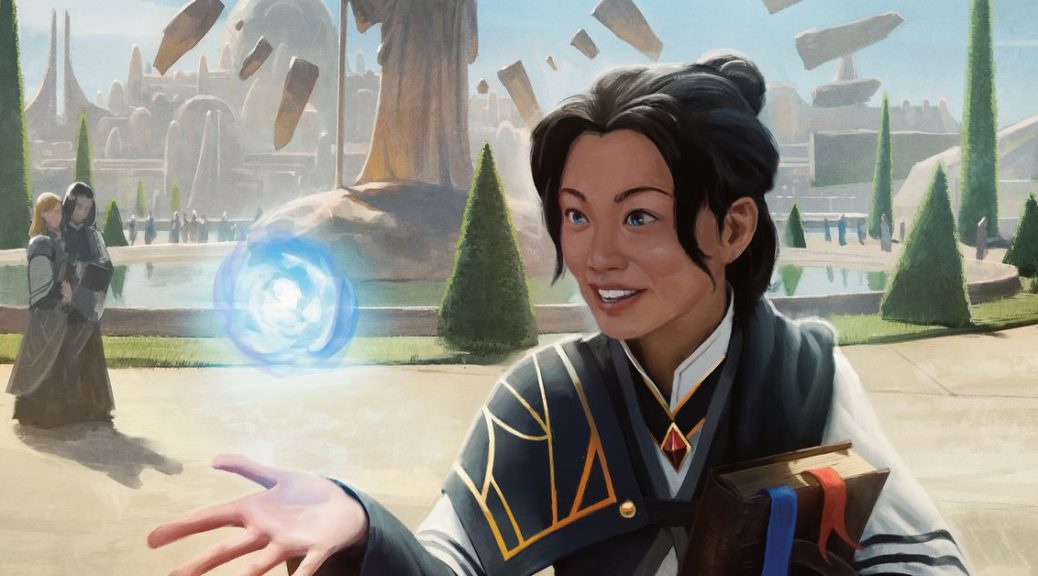 Buckle up, everyone, because Wizards made some unexpected decisions when it comes to the distribution of special frames and foils. This will DEFINITELY affect your buying patterns once the set is out, so let me walk you through how frequently you’re going to see different versions of the cards in the set.

Just to make this easier for me to write, when I say Japanese version, I mean the alternate-art Mystical Archive card. Global refers to the language that the rest of the cards is in.

A few overall things to note:

When it comes to the Mystical Archive spells, there is both a traditional foil treatment and an etched-foil treatment. This applies to both the global and the Japanese. So yes, there’s four foil versions of each Mystical Archive spell to go with two nonfoil versions. (Note that nonfoil Japanese alt-art versions can only be found in Japanese-language Set and Draft boosters.)

Draft Boosters also have a chance for traditional foil Mystical Archive spells, but the exact ratio isn’t known. When I’m able to find that, or some helpful person links it to me in the comments or on Twitter, I’ll update this post.

I’m writing this guide before we know all 45 cards that are in the Mystical Archive, but when a card’s rarity is revealed, you should remember that rares will be twice as common as mythics unless they tell us something else specifically, like they did with the Draft Booster slot. This is also why uncommons get their own slot.

With that settled, let’s get into some of the details. Here’s the image Wizards used as a summary, and what the odds are for certain cards.

Slot #1: Foil-Etched Mystical Archive rare or mythic – With 30 rares and 15 mythics, you’d expect a 1/45 chance for any given card. Turian uses a misleading framing here, saying you can get any of those 45 cards. This is true, but the chances aren’t equal. You have a 1/37.5 chance of pulling a given rare, and a 1/75 chance of getting a specific mythic. If this one is in the global language, then Slot 2 will be a Japanese card, or vice versa. You’ve got a 50/50 chance of this card being global language or Japanese.

Slot #2: Foil-Etched Mystical Archive Uncommon – There are 18 Mystical Archive uncommons, so this is very straightforward. You’re still 50/50 on global vs. Japanese, but the uncommon versions of these cards are going to be impressively easy to use.

Slot #3: Traditional foil Mystical Archive (global or Japanese alternate-art version) rare or mythic rare, borderless mythic rare, or extended-art rare or mythic rare – You’re reading that right. Your third slot is going to have a whole lot of options, each one making the other more rare. We need to break things down here. This could be:

Foil Extended Art for the rares and mythics of Strixhaven (69 rares, 12 mythics)

Again, the numbers are misleading. It’s not an even 180 cards, and you get one of those. It’s one out of 309, for a given mythic of the assorted types, with your chances of a rare being doubled to 1 in 154.5 packs.

That’s really rare for any of these, the only slot with Foil Extended Art versions, a throwback to the Commander Legends treatment. This is bonkers. If you’re wondering where Turian got the 48% figure when discussing getting a fourth Mystical Archive card in a single pack, this is where. Take 150/309 and you get 48.54%.

Slot #5: Nonfoil Borderless/Extended Art Rare or Mythic –  With this being nonfoil, some might not care as much, but this slot will have a lot of value because there will be a lot more copies. You’ve got 69 rares and 12 mythics, so you’ve got a 92% chance of pulling a rare and only 8% of all Collector Boosters will have a mythic in this slot.

Slot #6: Nonfoil Extended-Art Rare or Mythic from Commander 2021 – Yes, the five decks are upon us, releasing the same day as Strixhaven itself. There’s a total of 80 cards that are new to Magic in those five Commander decks, and this slot in a Collector Booster will give you an extended-art version of those cards (but nonfoil). The only foils of these new cards are the five ‘face’ commanders, but even the EA versions in this slot are nonfoil.

Slot #7: Foil Lessons – As colorless cards, there’s going to be some interest in these cards, especially the rare and mythic. We know there’s a total of 20, and we’re given a rough breakdown of the odds: “On average, if you opened six Collector Boosters, you would expect to get a combination of 5 common and/or uncommon Lesson cards, as well as 1 rare or mythic rare Lesson card.” Once I know exactly how many of each rarity there are, I can do a bit more math.

Slot #8: Foil rare or mythic – Pretty standard, but again, 92% to be a rare and 8% to be a mythic. I’m not expecting a lot of value here, or from the rest of the slots which are commons, uncommons, and tokens.

So let’s have a chart, giving us what sorts of cards we’re looking for, which slot of a CB they are in, the percentage for that, and the number of packs to open to get a specific card. Remember that global language refers to the language it was printed in. English will be the most common, but they are also available in French, German, Italian, Japanese, and Spanish. All languages will have Japanese alternate art versions of the Mystical Archive.

For two comparisons from recent sets, you were one in 256 Collector Boosters for a Phyrexian Vorinclex, and one in 400 for a FEA Jeweled Lotus.

So to summarize, that third slot is going to have a FEA rare more than half the time, a Mystical Archive about 40% of the time, and only 7% of Collector Booster packs is going to have a FEA mythic or a borderless card in that slot. FEA mythics, borderless foils, and traditional foil Mystical Archive mythics are all the same rarity in this slot: one in every 309 packs.

Another notable facet of this is that the etched-foil versions of the Mystical Archive will be at least twice as common as the traditional foil Mystical Archive of the same card, requiring roughly twice the number of packs to open to get one particular card.

I hope this table and this information helps you make good decisions as Strixhaven previews continue. If you found an error, leave me a comment or drop me a line on Twitter.