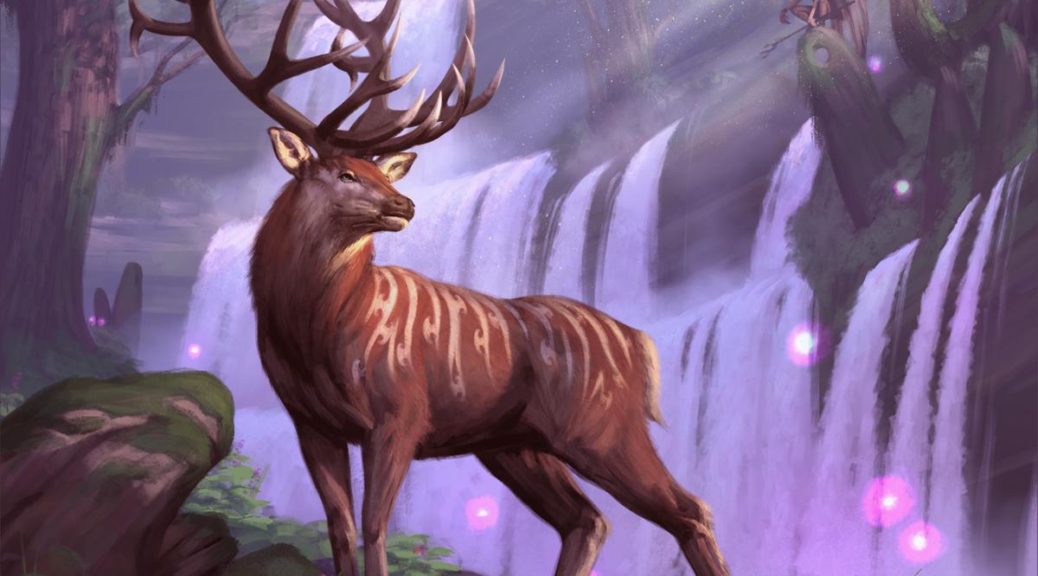 Strixhaven is available online now, and lots of attention is going to those drafts, but take a moment and do some planning with me. I was going to write about the cards that are best to get rid of as rotation approached, but I kept stumbling over uncommons with high EDHREC numbers and prices that may or may not be pretty low for what they are and what they do.

One thing about most of these cards is that with the pandemic, paper play was nonexistent and thus the supply is really impacted as opposed to uncommons from non-COVID-affected sets. Reprints are a possibility, but there’s also opportunities for gaining value.

Let’s get into these!

Migration Path ($1 regular/ $1.50 foil/ $1.50 nonfoil promo/ $3 promo foil) – Found in more than 11,000 decks online, the promo version is probably where you want to be, but you can acquire solid bricks of nonfoils for very reasonable prices. There’s a case to be made for all the versions, but when you’ve got this many options, I prefer to stick with the cheapest or the most expensive. Cheap ones offer large-quantity buylist exits, and the promo foils offer the highest ceiling. All are decent, even you want to go for the nonfoil promos. This is in less than half as many decks as the original, Explosive Vegetation, but this is strictly better. Vegetation has been printed a whole lot of times, and Path has avoided that so far.

Kenrith’s Transformation ($0.50/$0.75/$0.75/$3.50) – Ten thousand decks have sleeved this up in the last 18 months, and considering the almost-free nature of this spell, it’s not hard to see why. The replacement of a card drawn is always appealing, and this deals very effectively with a wide range of problems. All the abilities go away, no more triggers, and protection goes poof. Generally speaking, people will want to trade this in combat to get the replay value. Almost as good as Ixidron for solving problematic creatures. Again, you’ve got the option of going for bricks of the cheap copies or stocking up on the promo foils, and the promos offer the most insurance against a reprint.

Syr Konrad, the Grim ($0.50/$5) – More than 20,000 players have put this in decks, and it’s not hard to see why. An amazing amount of things cause this to trigger, and he even hits each opponent instead of just one at a time! The foil gap is real, but there’s no special version to worry about. You had a chance earlier this year at foils for a lot less:

Even so, if you missed out on sub-$3 foils, the demand pattern is real and the foil reprint shouldn’t come along for quite a while. This was reprinted in the Zendikar Rising Commander decks, so the nonfoil is really at a low right now. I could be talked into purchases of either version, or both!

Destiny Spinner ($1/$4) – I think that the biggest appeal here is the anti-countering clause, but the second ability is a nice bonus too in the right deck. Putting this down early, and feeling confident that your other creatures will stick around, is a real delight. We only have two versions of this, and with the enchantment frame looking as nice as it does in foil, I prefer buying in on the foil version here. Don’t miss out on the opportunity a brick of nonfoils can offer too, as there’s a fair amount of those available on TCG under a buck.

Hydra’s Growth ($1/$1.50) – This is only in 5500 decks, but the decks that want an effect like this, REALLY WANT an effect like this. The slightly lower demand for this accounts for why the foil is so close in price to the nonfoil, and that means go for the foil in this case. Yes, it’s an uncommon, but it’s a popular one from a set that didn’t get a lot of attention in paper. Grab a bunch of foils and be patient as this rises to $5.

Bastion of Remembrance ($1/$2) – Nearly 10k decks have this going on, less for the token and more for the ‘my creature dies, each of you lose one’ effect. Again, they chose to print this as ‘each opponent’ as opposed to ‘target opponent’ and that makes a HUGE difference. This is a really easy effect to abuse in a wide range of decks, and a small gap in pricing makes the foils much more attractive to me.

Reconnaissance Mission ($1/$2) – Being in 8k decks, 3k more than Coastal Piracy, speaks a lot to how available this is, and it is directly better by any comparison. Having the option to cycle it away makes this super flexible. Gotta love that in Commander, when every card is important. Again, a small foil gap and no other versions makes the foil far more attractive to purchase, which should lead to a delightful gain past $5.

Ominous Seas ($0.50/$1.50) – Blue decks love drawing cards, and 5500 different decks have decided that this would be a great way to have drawing cards translate to giant tentacle monsters. This is a pretty easy ability to abuse, especially if you go after the looting effects as well as pure card drawing. Foils and nonfoils alike are appealing options here, and the growth potential is clear.

Miscast ($1/$5) – Spell Pierce is in 11,000 decks, and Miscast is only half that…for a card that’s less than a year old. The high foil multiplier also indicates the high level of interest in casual circles for the card, and that’s a very good sign. I’m more inclined to pick up large amounts of nonfoils here, instead of hoping the foils spike to $10 or $15. Having the nonfoils rise to $2 or $3 seems like the more probable outcome.

Garruk’s Uprising ($2.50/$3.50/$1/$1.50) – Yes, the Showcase versions are cheaper than the regular-frame versions, mainly because the Collector Boosters had dedicated slots for the Showcases. There’s no question that the Showcases look better, though, especially in foil, and that’s the version I’d want to be stocked up on going forward. Even if the Showcase foil rises just to the level of the regular-frame foil, you’ll be able to buylist your copies away for a small profit. With patience, though, these will get even higher and make you a delightful profit.